Standing in solidarity with Venezuela!

Published on 11 May 2017 by revolutionarycommunist 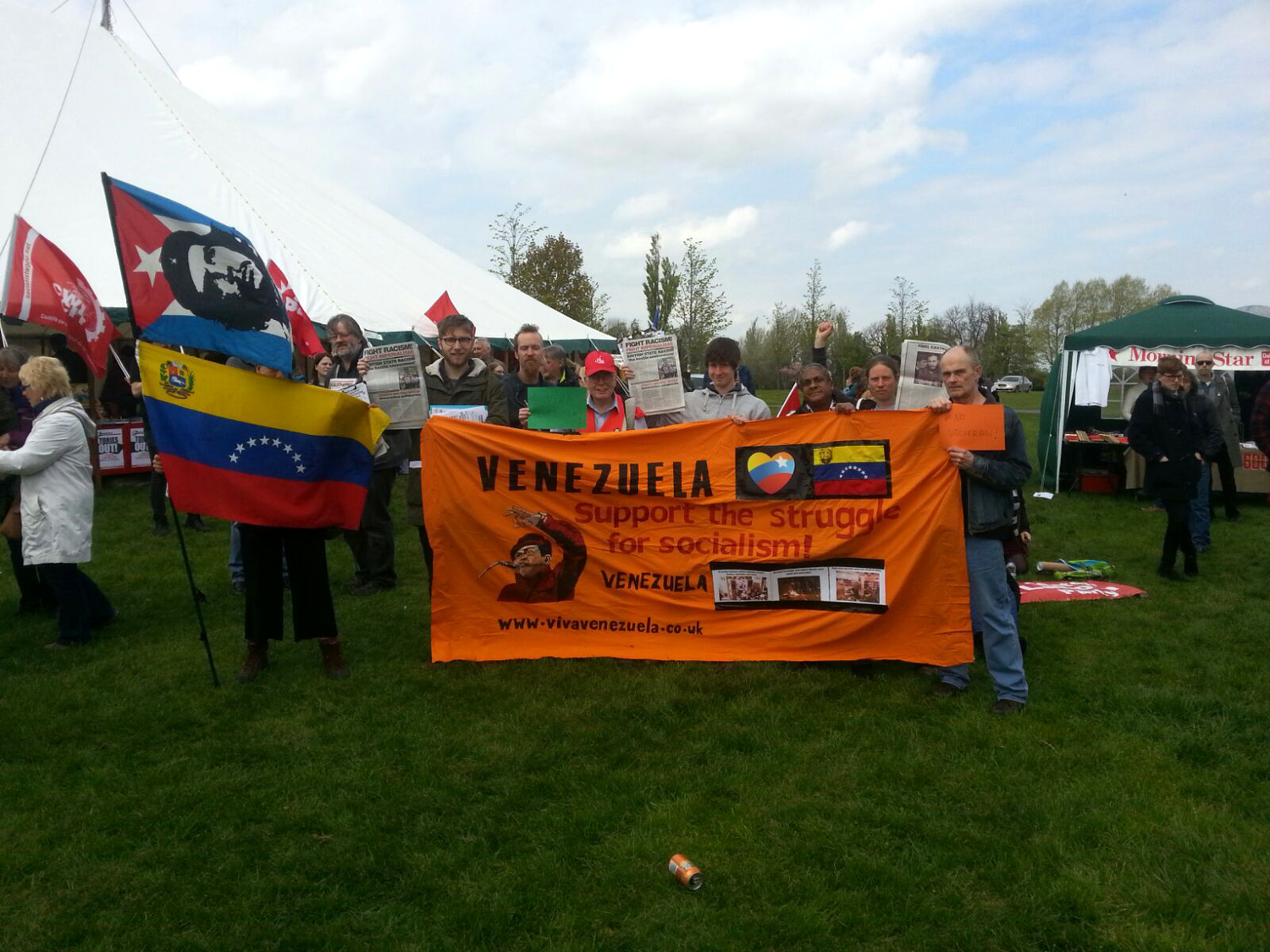 The Revolutionary Communist Group stands in solidarity with the Bolivarian revolution in Venezuela! Defend the struggle for socialism against the US backed opposition whose violent protests have resulted in the deaths of over 42 people.

Break the media blockade, read and share our recent article here: Venezuela: Behind the media lies

Supporters of Fight Racism! Fight Imperialism! Manchester held a Venezuela solidarity protest on 22 April against the growing threat of a Trump-backed coup against the socialist government. Passers by stopped to sign the petition and Palestine solidarity activists came to show support after a picket for the hunger striking prisoners in Israeli jails. 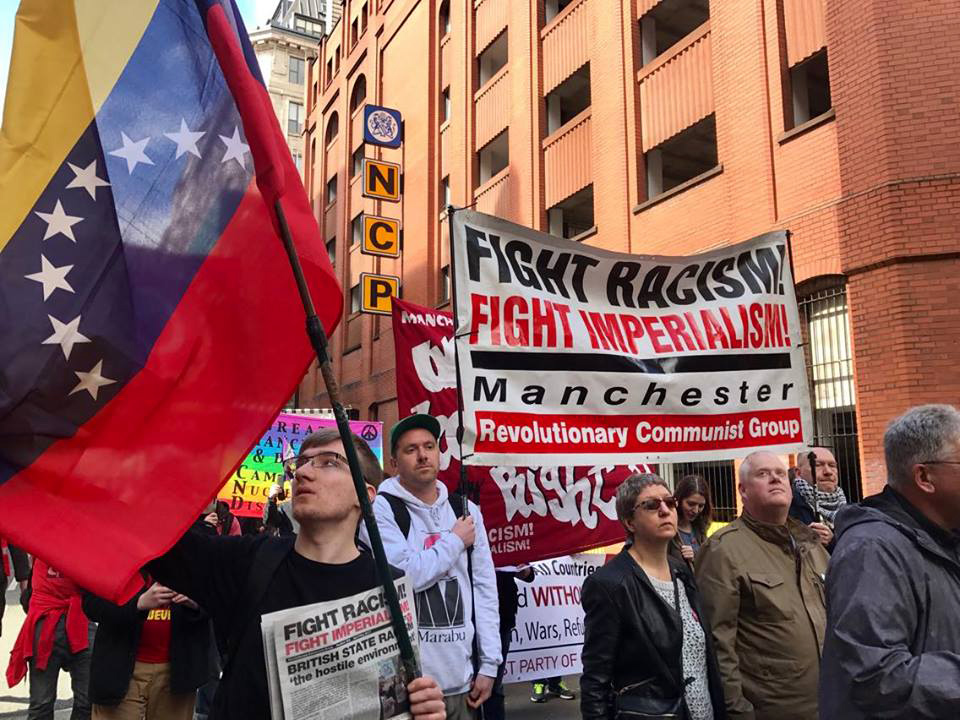 On Mayday, FRFI students in Salford joined the TUC march and called on others to mobilise in defence of the Venezuelan revolutionary process.

In Newcastle, Jorge L Garcia, consellor from the Embassy of Cuba, joined RCG comrades at a Mayday rally to defend Venezuela

Whilst in London the comrades took to the streets with the Cuban and Venezuelan flags, calling for solidarity with the Bolivarian revolution. 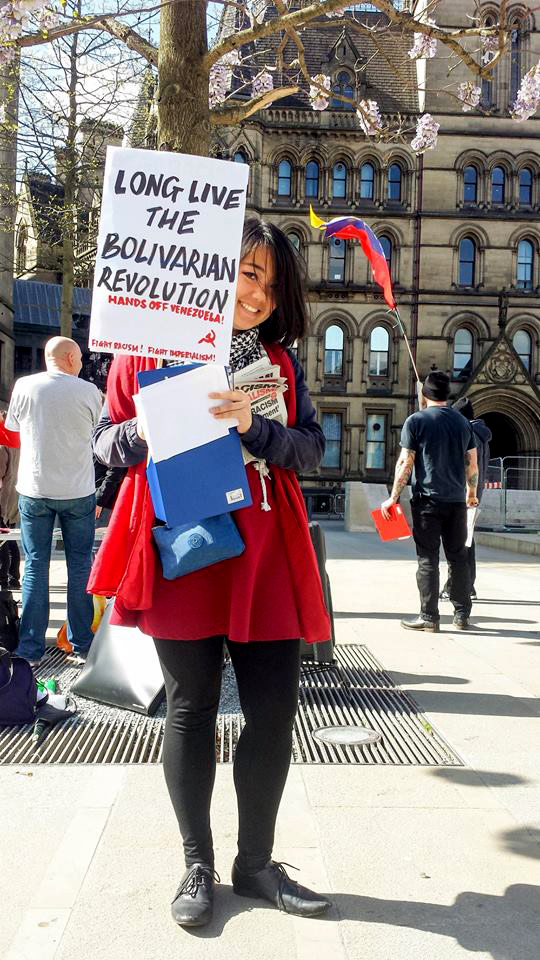 No to foreign intervention - Hands off Venezuela! Defend the struggle for socialism!