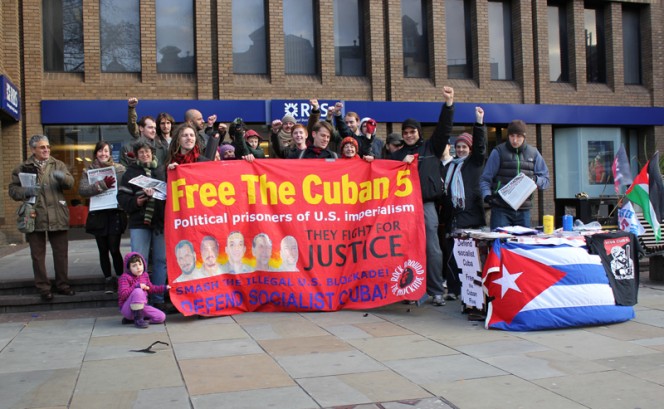 Reporting on the Sixth Congress of the Cuban Communist Party (CCP) of April 2011 and the approval of the Guidelines of the Economic and Social Policy of the Party and the Revolution we said: ‘New measures and legislation will be announced in Cuba in the coming months as the guidelines are implemented. Although there will be no surprises, we can expect these to be met by the sensationalist exclamations about the advent of capitalism from the enemies of Cuban socialism’ (FRFI 221). This has indeed been the case with the bourgeois (and social democratic) media focusing on legislation implemented or anticipated to:

a) Permit the direct purchase/sale of privately-owned houses.

b) Permit the direct purchase/sale of privately-owned cars.

d) Provide loans from the state to non-state workers, farmers and people who need to repair their homes (previously only farming cooperatives had access to loans).

f) Allow those planning to leave Cuba to transfer their home ownership to relatives or co-habitants.

The significance of these measures in introducing a free market has been overstated. In some cases they mean a return to previous regulations, for example, the public sale of privately-owned homes and of agricultural products by farmers.

Home-ownership was among the goals of the Revolution from the outset (see Kapur and Smith, Housing Policy in Castro’s Cuba, 2002). The 1960 Urban Reform Law converted half of urban tenants into homeowners. All homes built or distributed by the government after 1961 were assigned leases at no more than 10% of household income and ownership was transferred to the resident in between five and 20 years. Cubans were permitted to own one primary residence and one vacation home. While the pre-Revolution shanty-towns were cleared, from the early 1960s the US blockade created perpetual shortages of construction materials. Alongside state-housing construction, the government has promoted ‘self-help and mutual aid’ programmes, ‘microbrigades’ and ‘social brigades’ through which the Cuban people have contributed to resolving the populations’ housing problems. The 1984 Housing Law converted more leaseholders into homeowners, so that by the early 2000s, 85% of Cubans owned their homes. The 1984 Law also allowed short-term private rentals, low-interest bank loans to individuals to cover building-costs, and the selling and leasing of land and housing direct to buyers at free-market prices (not mediated through the state or carried out as a form of barter). The free market in housing was ended quickly however, and most private sales had to be made directly to the state.

In the late 1990s, the estimated cost of rehabilitating housing in Havana alone was $14 billion. In 2005, the housing shortage was registered at 500,000. Three powerful hurricanes in 2008 destroyed and damaged thousands of homes. In 2010, only 33,000 new homes were built, around two-thirds of them by the state. The new legislation, along with credits provided to individuals to repair or construct housing (see below), is the latest step in the government’s policy to achieve decent housing for all Cubans. Within one month of the new legislation 300 purchases of houses had been approved and over 25,000 new housing titles had been registered. While direct sales are permitted, the accumulation of property remains prohibited: point 3 of the Guidelines approved in April 2011forbids the concentration of property.

The point is that these are measures of expediency aimed at cutting bureaucracy and improving efficiency in distribution and productivity. It is conceivable that, as previously, some elements will be reversed as political economy conditions (domestic and global) change. These adjustments do not fundamentally change social relations in Cuba.

On 15 January, the government began to grant subsidies of up to 80,000 peso ($3,300) to pay for construction materials and labour for repairing or rehabilitating homes. This measure conforms to CCP guidelines 299 (to provide partial or full subsidies to those in need, without exceeding plans) and 173 (to eliminate undue gratuities and excessive subsidiaries, under the principle of compensating people in need and not providing subsidised products in a general way). Previously, the government paid for home repairs without regard to the recipient’s economic situation. This was inefficient; contributing to the country’s housing shortage and the potential for waste and corruption. Now this support will be targeted and more controlled. The principal beneficiaries of the subsidies will be families affected by catastrophes or natural disasters like hurricanes, floods, landslides and fires. Subsidies will also be provided for those in ‘vulnerable conditions’ or who ‘lack sufficient funds’ to pay for construction materials or labour. Recipients must use the subsidy for the specified job and the cheque will be paid directly to the retail outlet or the named self-employed construction worker. These subsidies will be financed from the revenue collected by the local government from the retail-sales of construction materials in each province.

In September 2010, the Cuban Trade Union Confederation announced plans to transfer one million unproductive state sector workers into alternative employment between 2011 and 2015; half of them by March 2011. Alternative employment includes understaffed areas of the state sector, cooperatives, usufruct (loaned rent-free from the state) farms and self-employment. Cuba’s enemies claimed these workers were being sacked and abandoned. In reality, the idea was to remove workers from posts where they were surplus to requirements into alternative employment, enabling them to contribute towards the social product.

At the time of the announcement, 3% (157,000 workers) of Cuba’s 5.2 million labour force was self-employed. By late December 2011 still fewer than 7% of Cuban workers were self-employed (357,000). This is not a significant proportion of workers and they are located in non-strategic sectors of the economy. Most of them were occupied in goods and people transportation, the making and sale of food, renting out rooms, selling agricultural products – including from roadside carts (carretilleros), producing and selling household items, messengers/couriers and carpenters, or as contract workers. The almost three-fold rise in the number of carretilleros, from 5,679 in May 2011 to 16,454 in November 2011, reflects both the move from informal to formal employment (individuals legalising their unofficial occupations) and the increase in agricultural production.

It is important to note that 66% of those included in the total figure were officially unemployed prior to registering as self-employed; 16% are retirees and 18% were in the state sector. This demonstrates the policy’s success in bringing those in informal employment or unemployment into formal work where they are contributing to the social product, pay taxes and receive the protection afforded to all workers in Cuba. While this figure may rise as the surplus state sector workers are relocated, two-thirds of those workers are expected to transfer into cooperative employment, a process that is just beginning.

Cuba’s GDP growth in 2011 was 2.7%, short of the 3% predicted. Lower-than-planned food production forced Cuba to increase imports at high international prices. Total food imports cost $1.6 billion in 2011. The quantity of food imports are planned to decrease in 2012; however, given rising food prices, spending is not expected to fall. GDP growth for 2012 is planned at 3.4%. The Economic Plan and State Budget Law, which was approved during the National Assembly in late December, was analysed by workers in all workplaces in early 2012. Abel Yzquierdo Rodriguez, Minister of Economy and Planning explained the importance of that process: ‘so that workers know and share what’s relevant to their workplaces and so that they can play a decisive role in its implementation.’ 800 million peso ($33 million) has been earmarked for subsidies for low-income people, as part of the Budget Law for 2012.

Infant mortality for 2011 was 4.9 infant deaths (up to one year old) per 1,000 live births, slightly up on last year (4.6), but the number of births was also up by 5,317. This marks the fourth year that Cuba’s infant mortality has been below 5 per 1,000 which, along with Canada, is the lowest in the Americas. Cuba is distinguished by the lack of disparity between regional results or between rural/urban results. In Cuba, this is achieved despite the criminal and genocidal US blockade.