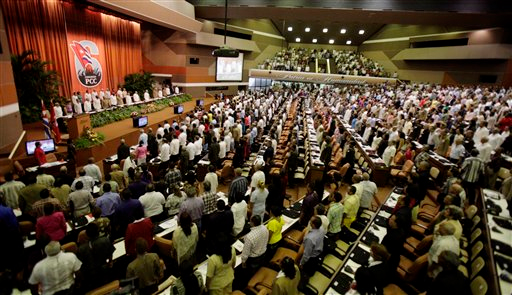 Here is my unprinted response to the whole-page article about recent developments in Cuba which appeared in the Financial Times, 25 April 2011:

With typical journalistic hyperbole you claim that changes to the employment structure in Cuba amount to ‘a structural adjustment so harsh it would make even advocates of the “shock therapy” meted out in the former Soviet bloc wince’ (John Rathbone and Marc Frank, ‘Cuba Libre?’ 25 April 2011). You are mistaken.

Cuba’s workforce is 5.2 million. The one million workers identified as ‘surplus’ or unproductive will not be abandoned as prescribed by neoliberal ‘shock therapy’, but given the option to take up employment in agriculture (state, cooperative or private), construction or industry, join cooperatives or enter self-employment. State institutions must provide these alternatives. Their sluggishness in doing so prompted Cuban trade unions to demand (and achieve) a delay in restructuring.

Prior to the changes, 15.4% of Cubans worked in the non-state sector, most in agricultural cooperatives whose production features in the central plan. Just 140,000 Cubans or 2.7% of the total workforce were self-employed. Add the 200,000 new licenses issued since October 2010 and still less than 7% of Cubans will be self-employed, all in non strategic or marginal occupations, from pet-grooming to trades.

Cuba’s ‘bloated’ payrolls are the legacy of the crisis following the collapse of the Soviet bloc which exacerbated the US blockade. The loss of 80% of trade and investments saw GDP plummet 35%. It was politically and socially important for the government to maintain employment, even as production contracted and infrastructure ground-down. The correlation between salaries and productivity was lost. Then-President Fidel Castro began introducing measures to redress this in 2005, the year that Cuban GNP recovered its pre-crisis levels. He set Cuba on the path to achieving ‘the dream of everyone being able to live on their salary or on their adequate pension’ (Fidel, 17 November 2005), echoing Marx’s vision that under socialism ‘the individual producer receives back from society – after deductions have been made – exactly what he gives to it.’

Fidel revealed the long-term plan of eliminating the ration book, undermining the parasitic layer in Cuban society, those who can work but won’t and announced that state subsidies would be reduced, while medical provision, education and so on would remain free and universal. Measures announced by Raul Castro consolidate that process. It is erroneous to assert that Raul has a ‘desire to assert his differences from Fidel’.

The introduction to the reform document approved by the Cuban Communist Party Congress, which you describe as introducing a ‘more market-orientated system’ states that ‘planning will be supreme, not the market.’ Following public debates about the proposed reforms in the three months prior to the Congress modifications were made most of the proposals.

Behind the current measures is a long-run improvement in the Cuban economy, coupled with the short-term balance of payment crisis since 2007/8, resulting from world food and fuel price rises, three devastating hurricanes and the fall in Cuba’s export earnings.

In the former USSR, once the profit motive becoming the determinant of production and distribution, state welfare disintegrated. In ten years, life expectancy fell by 15 years. Conversely, during Cuba’s crisis in the 1990s the proportion of GDP spent on social programs increased by 34%. The number of doctors increased 76% and day-care centres for older people by 107%; worth considering as we brace ourselves for the dismantling of welfare provision in Britain. Cuba resisted the neoliberal option during a far more severe crisis in the 1990s. It will continue to resist ‘shock therapy’ today.