Tell the banks: Unblock Cuba! Protests across the country! 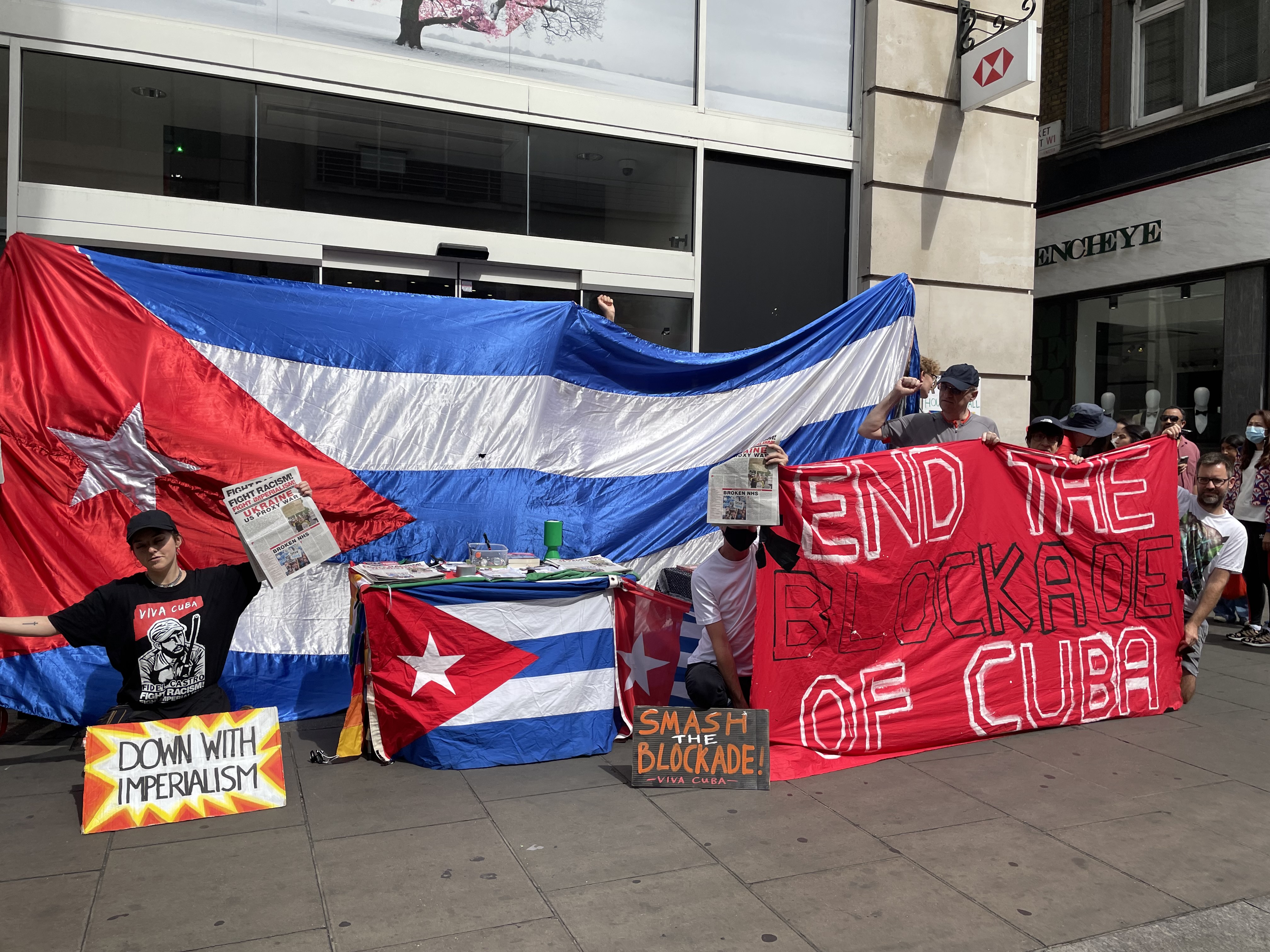 This month activists from Rock Around the Blockade and the Revolutionary Communist Group/Fight Racism! Fight Imperialism! took to the streets to tell the banks: unblock Cuba! In tandem with the monthly caravana protests being held around the world, supporters picketed British banks which comply with the US blockade of Cuba by blocking transactions relating to Cuba.

These actions also coincided with the launch of the 1c4cuba campaign, targeting banks all around Europe that comply with the blockade in this fashion. Here are photos and videos from around the country! 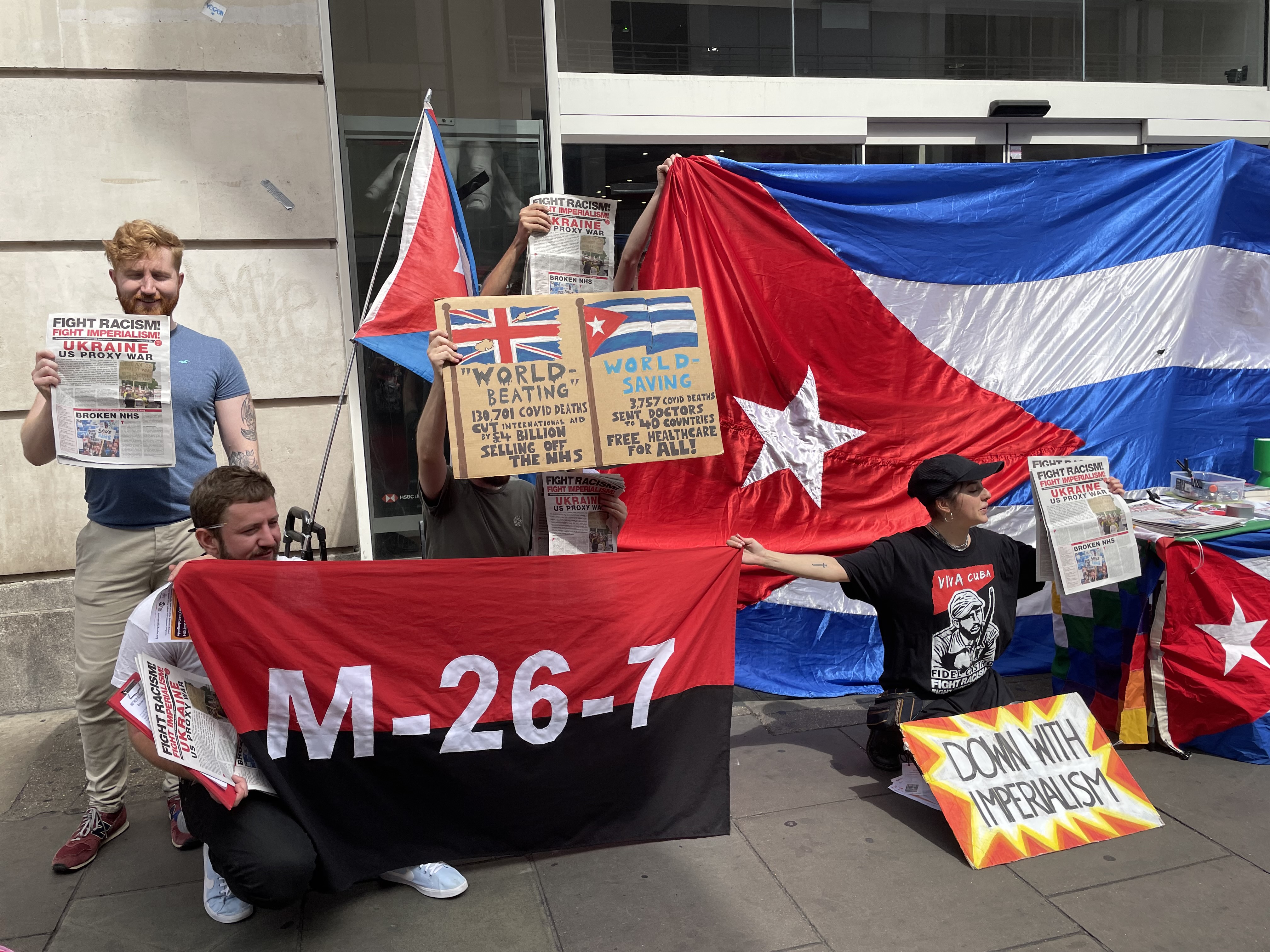 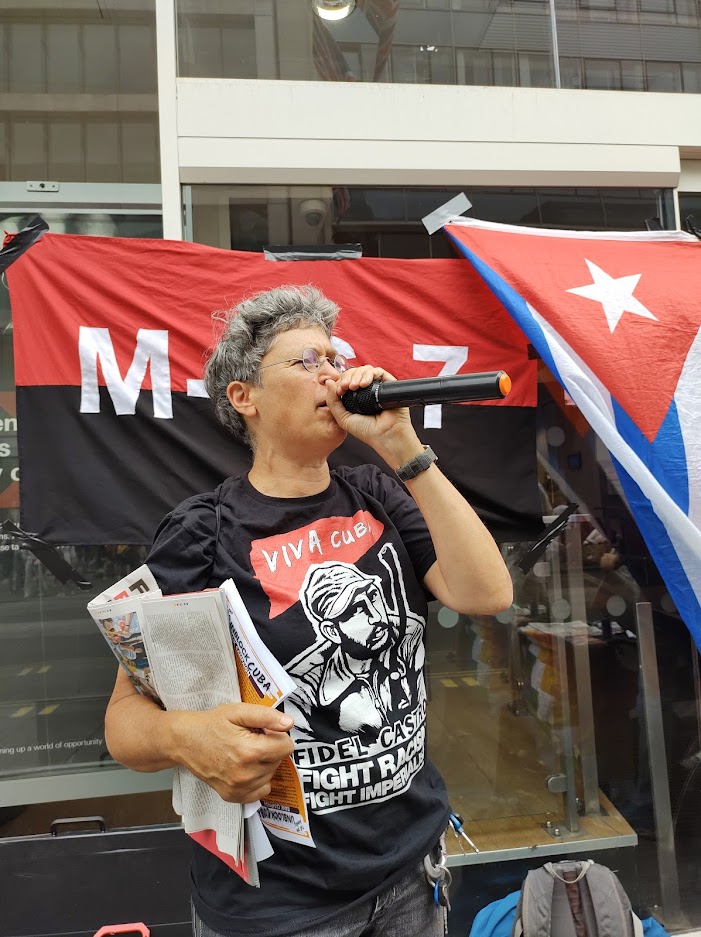 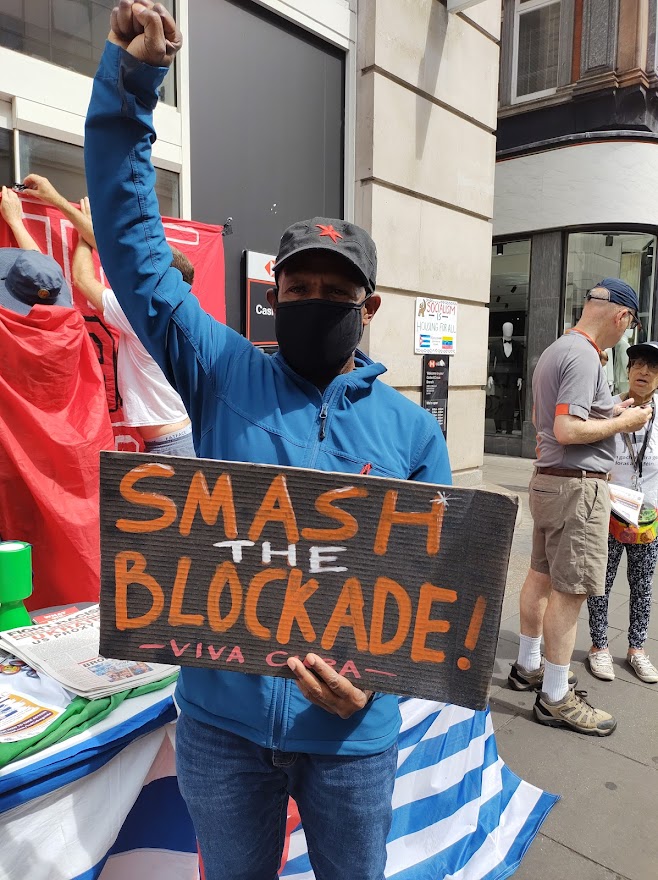 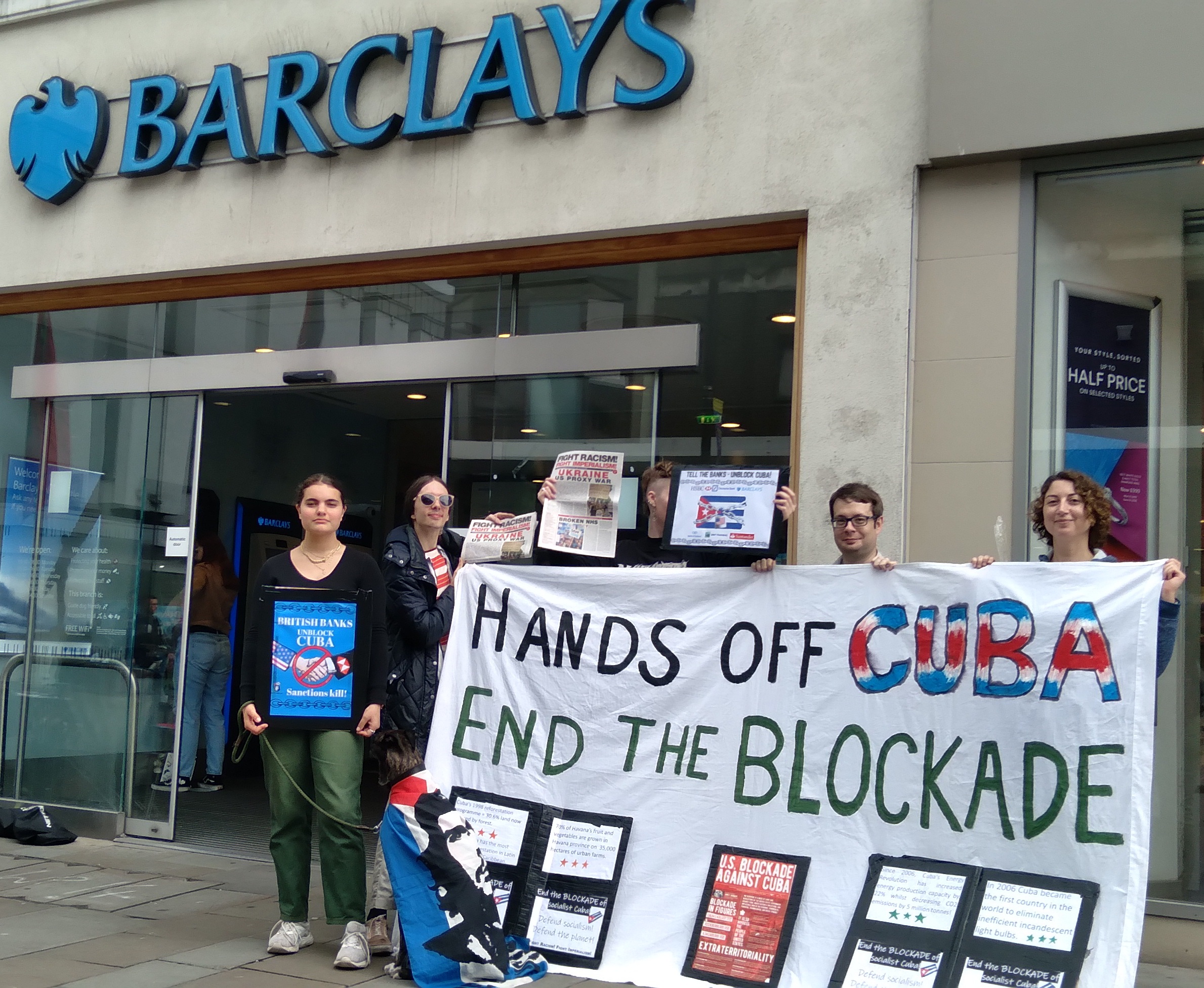 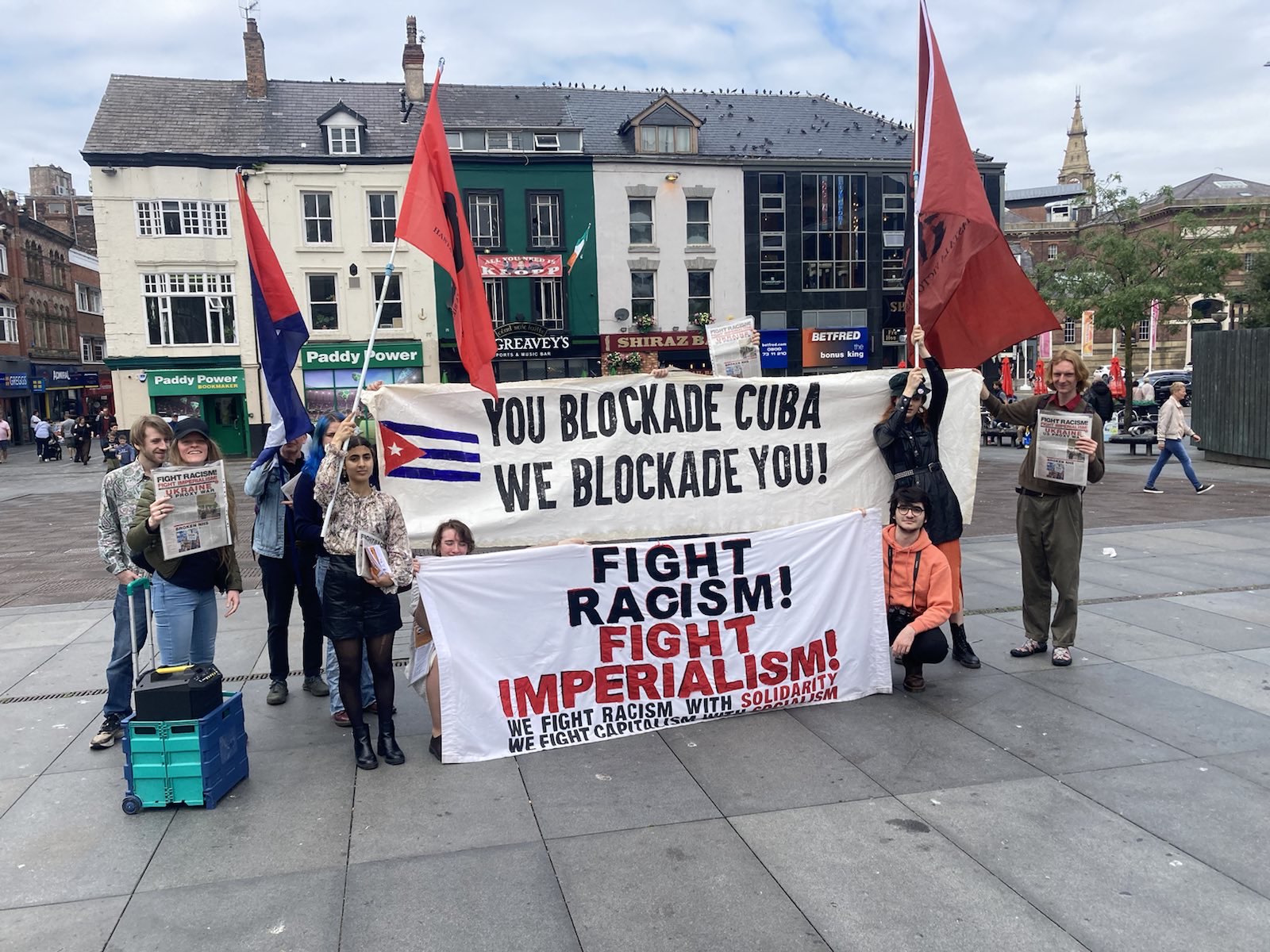 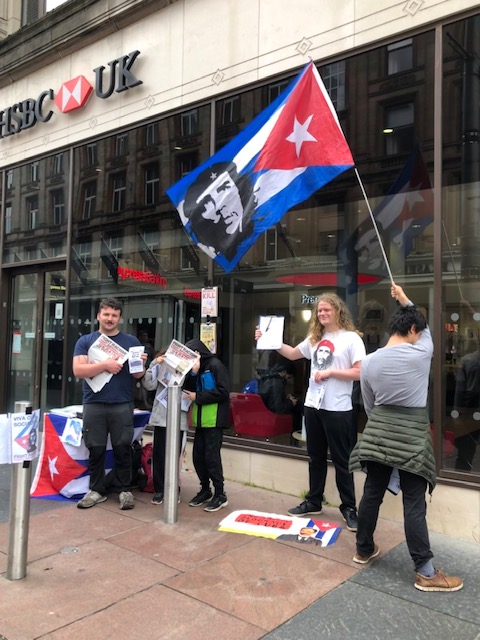 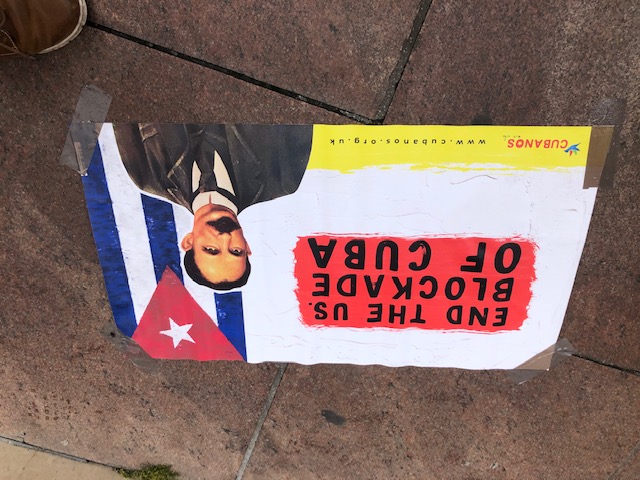 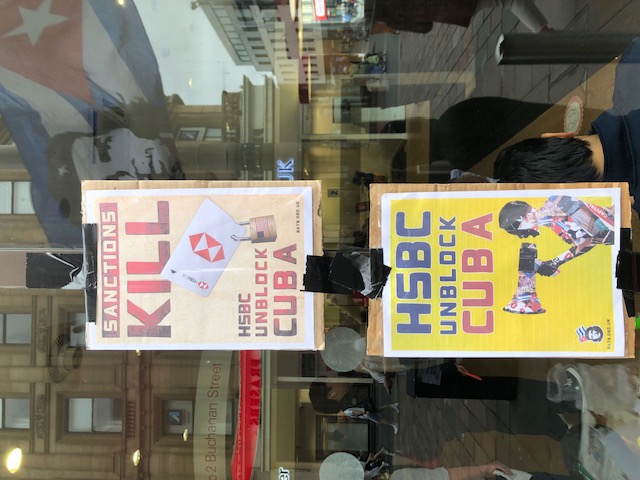