The caravan against the blockade protests British banks!

This month activists from Rock Around the Blockade and the Revolutionary Communist Group/Fight Racism! Fight Imperialism! demonstrated outside of branches of HSBC. The British bank is complying with unilateral US sanctions against Cuba. Imposing US sanctions on UK interests for dealings with Cuba is illegal under UK laws – most notably the 1996 Protection of Trading Interests Act. 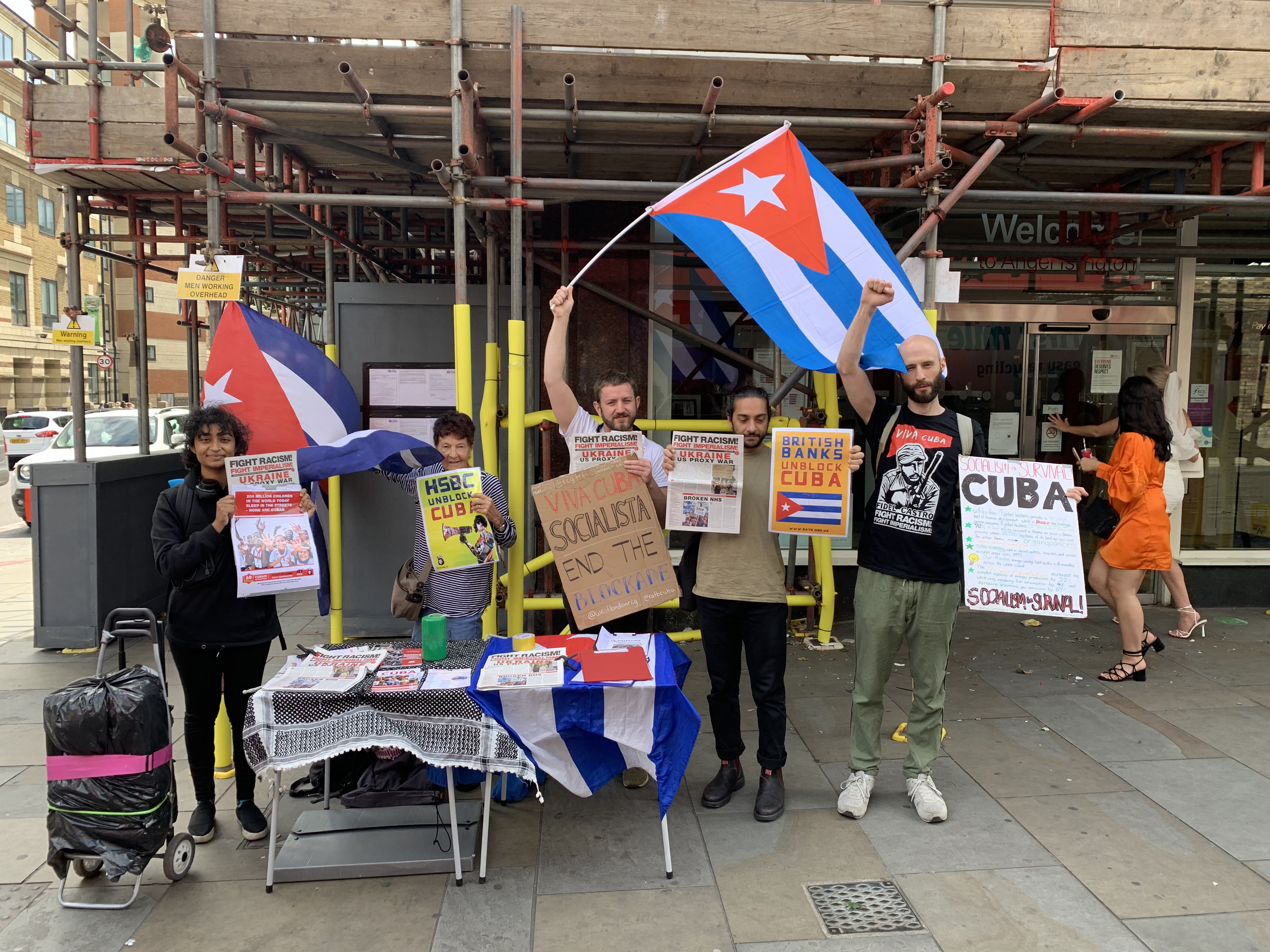 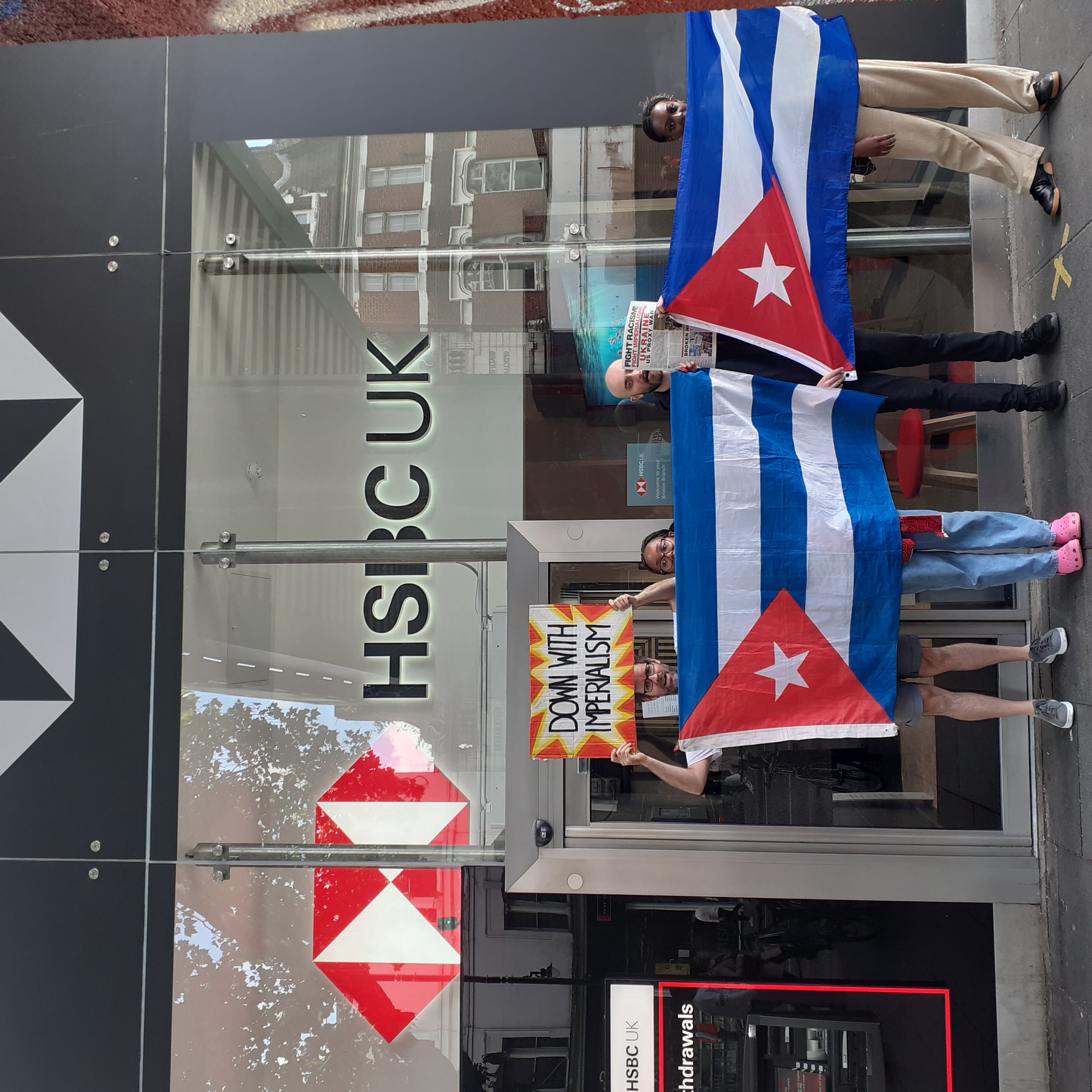 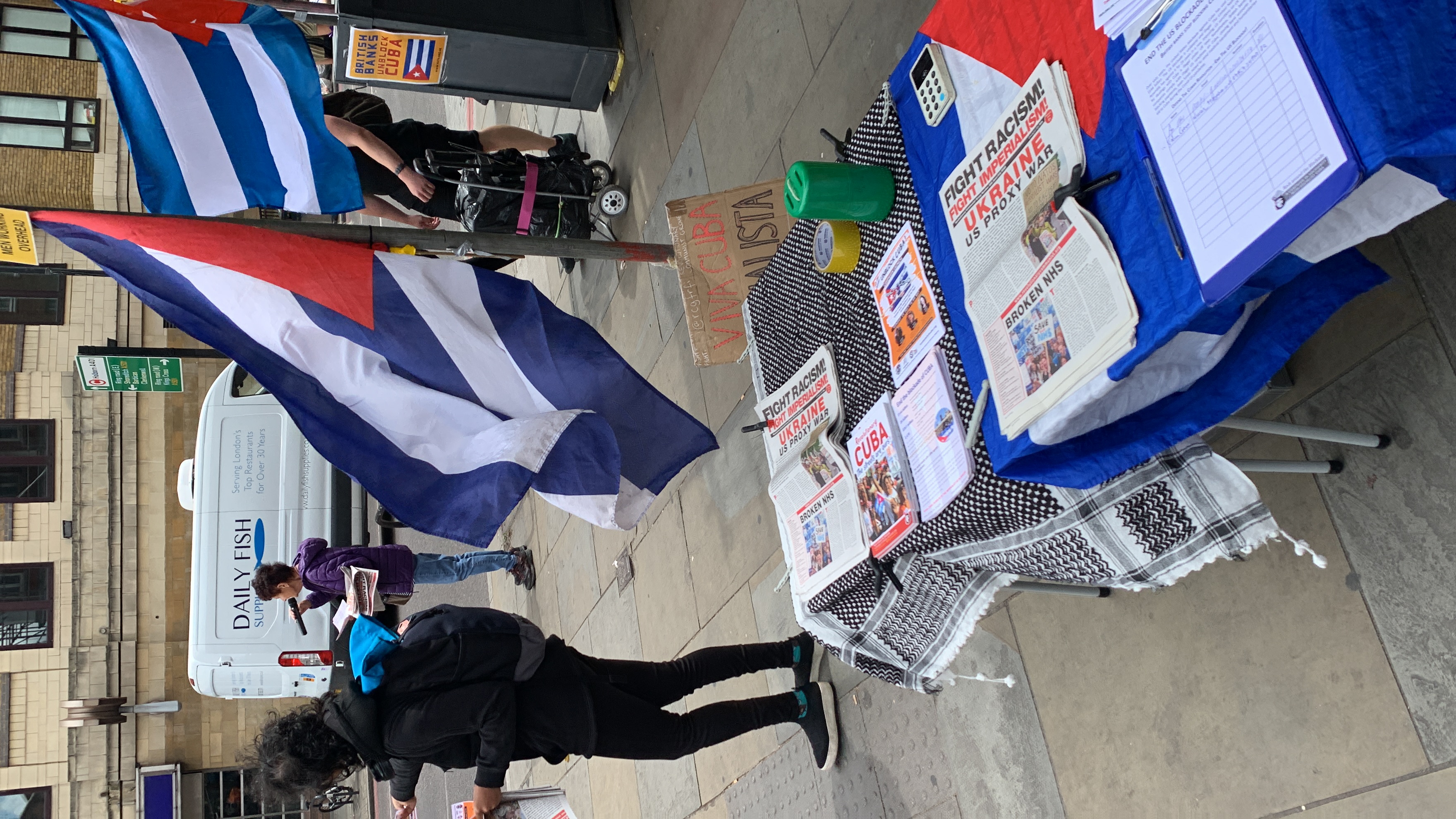 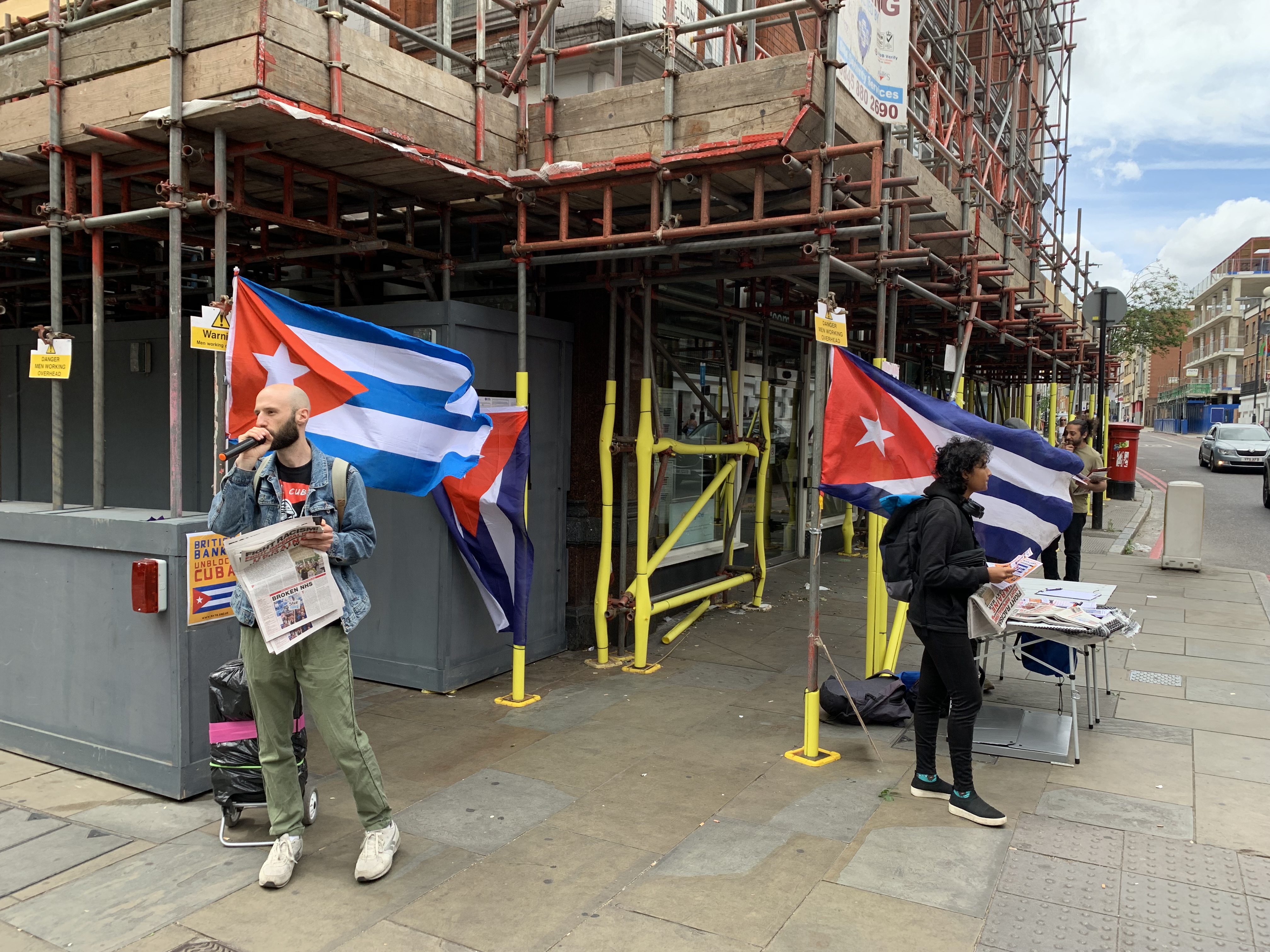 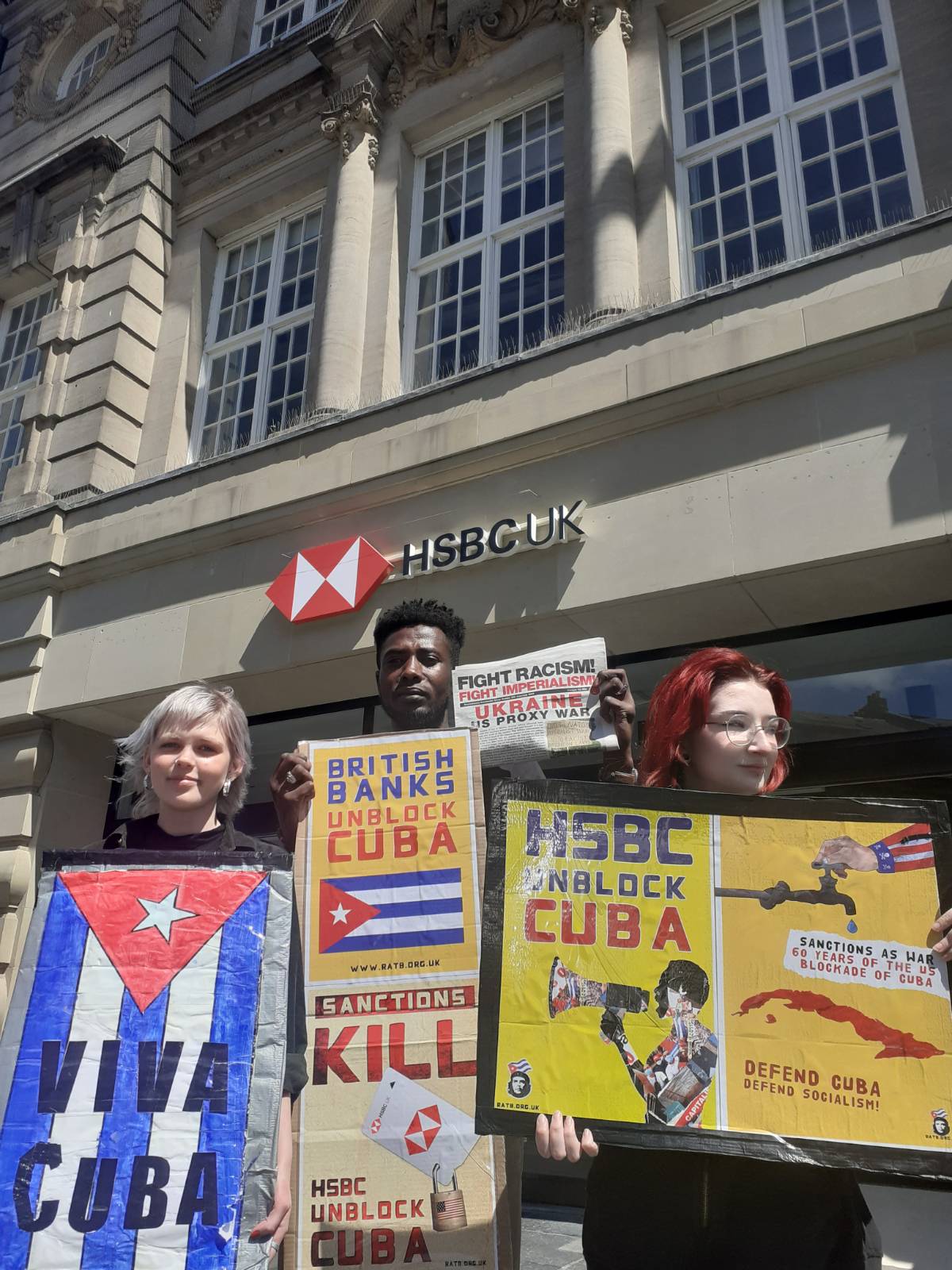 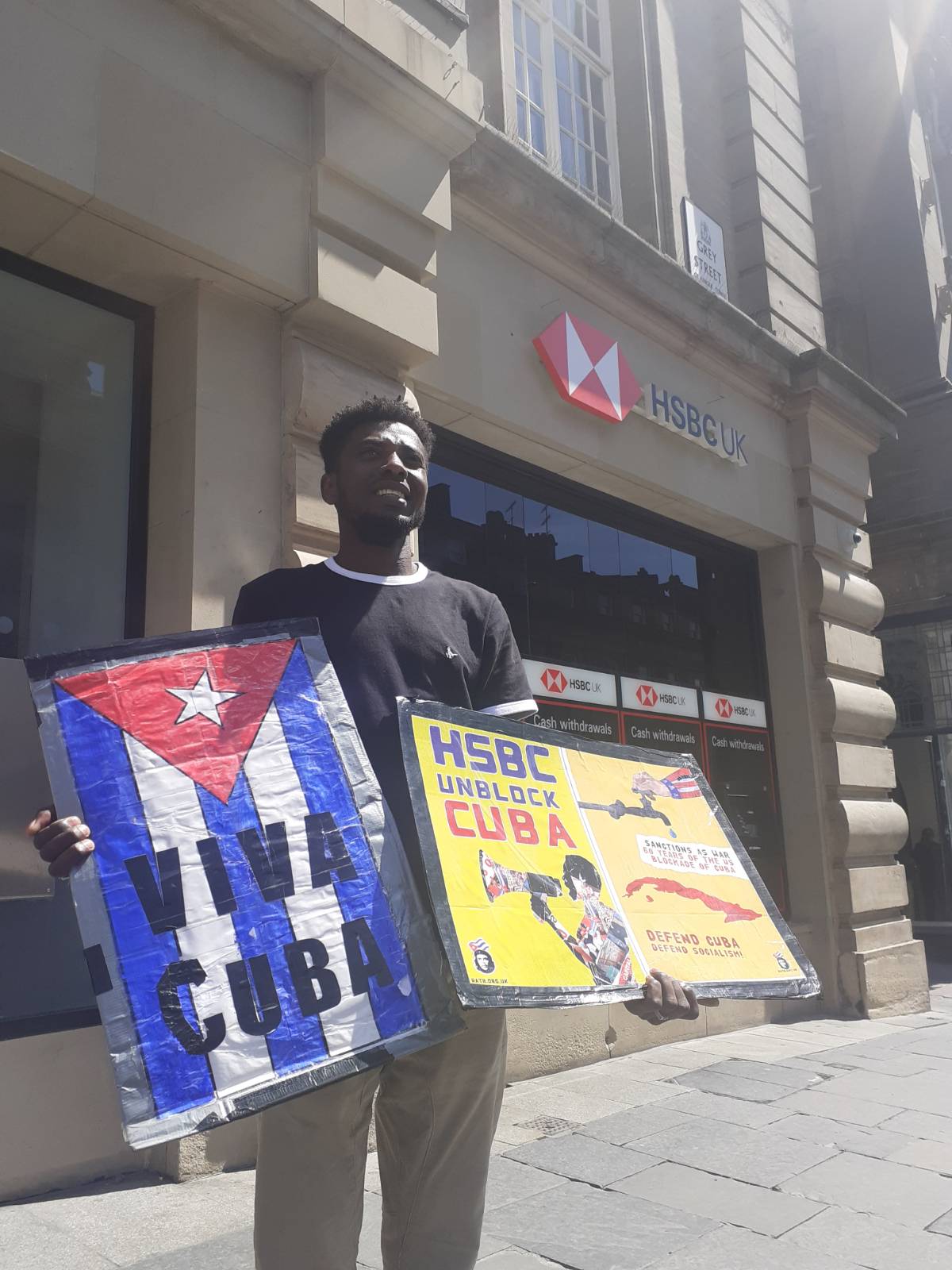 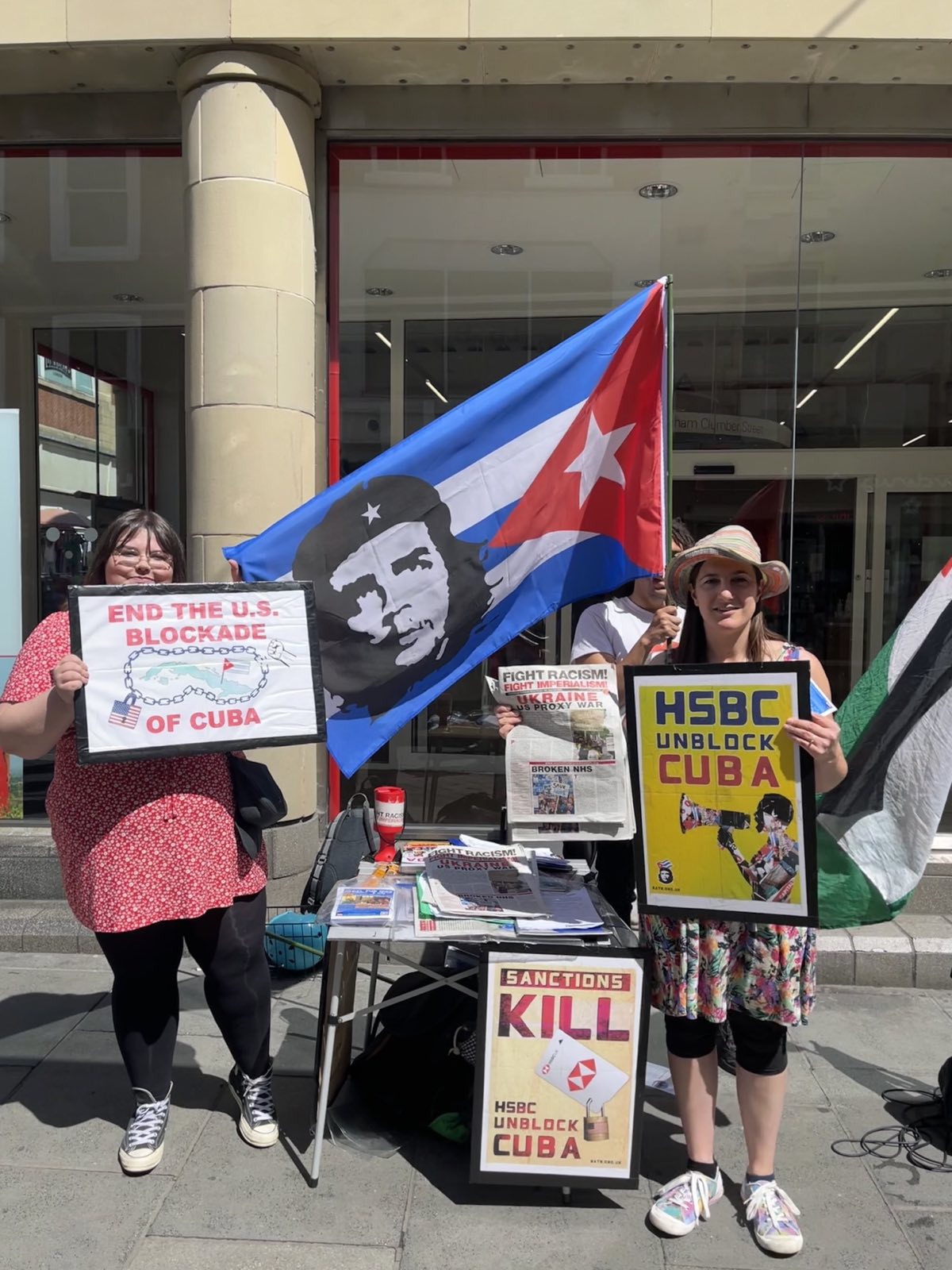 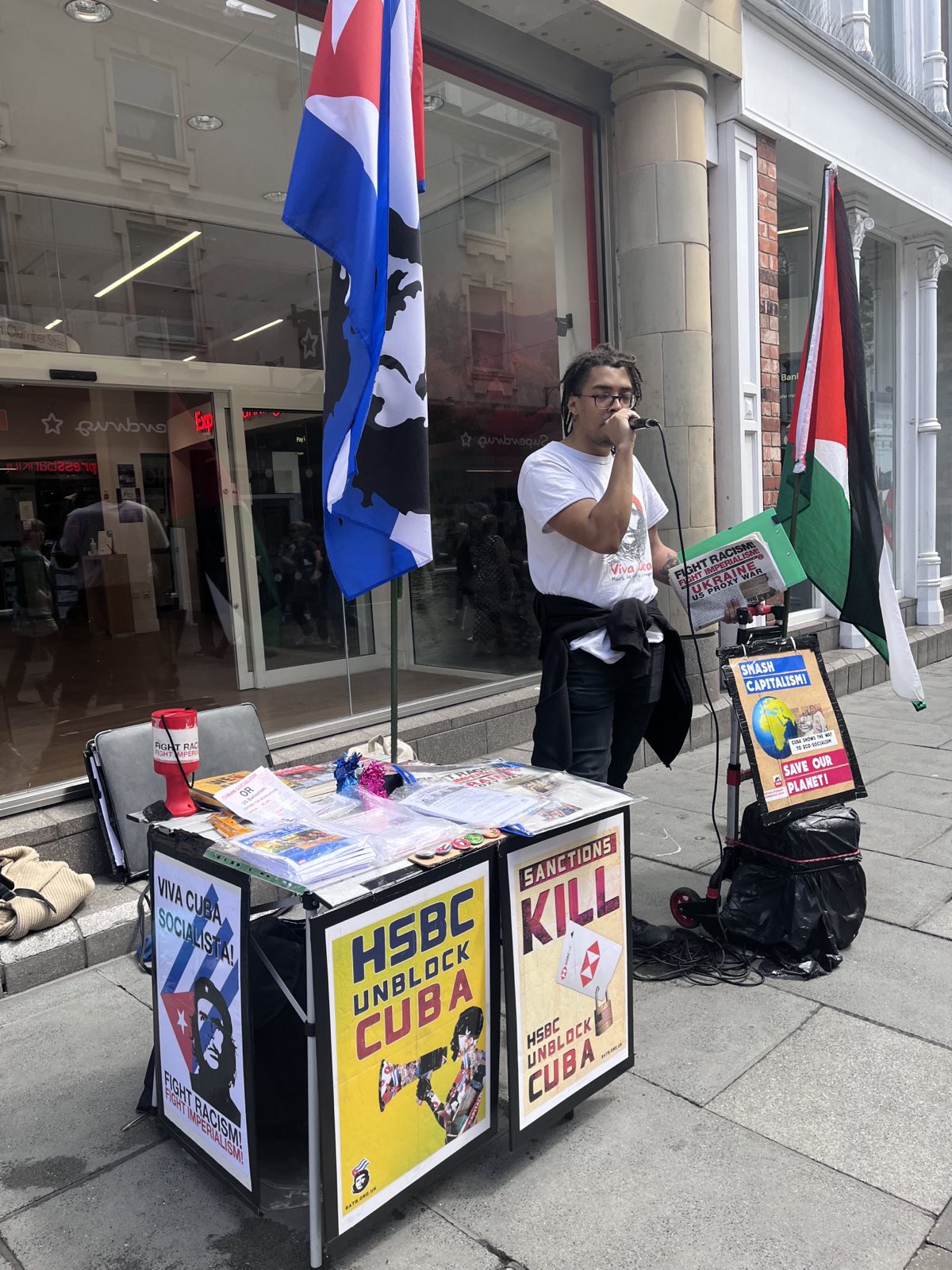 'On 23 June, supporters of Fight Racism! Fight Imperialism! and Rock Around The Blockade in Glasgow raised the example of Socialist Cuba as an alternative to capitalist exploitation on an RMT strike picket of Central Station. We then held a stall outside HSBC bank calling for an end to the US Blockade of Cuba and British Banks complicity in illegally applying extra territorial sanctions against the Cuban people.' 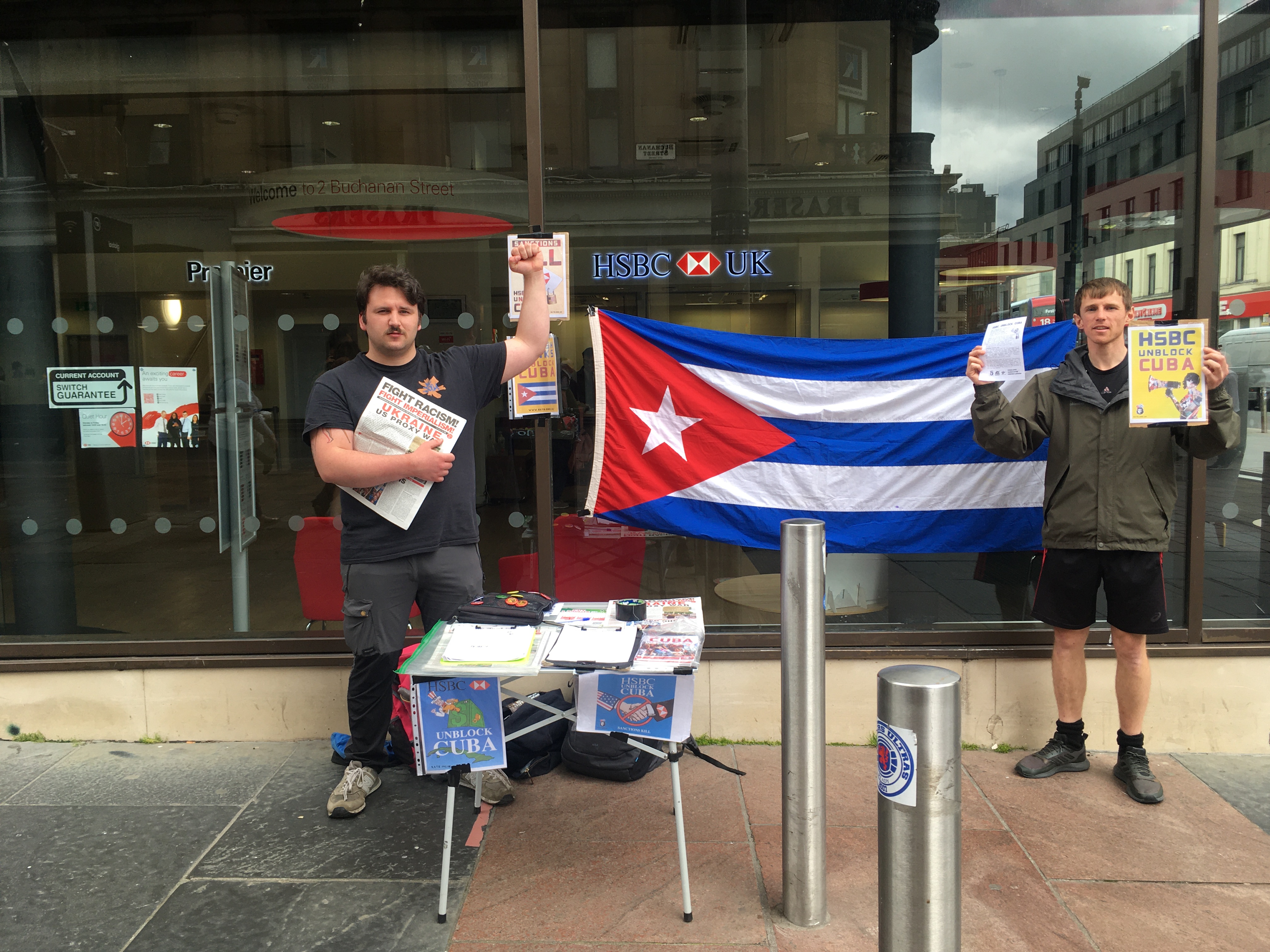 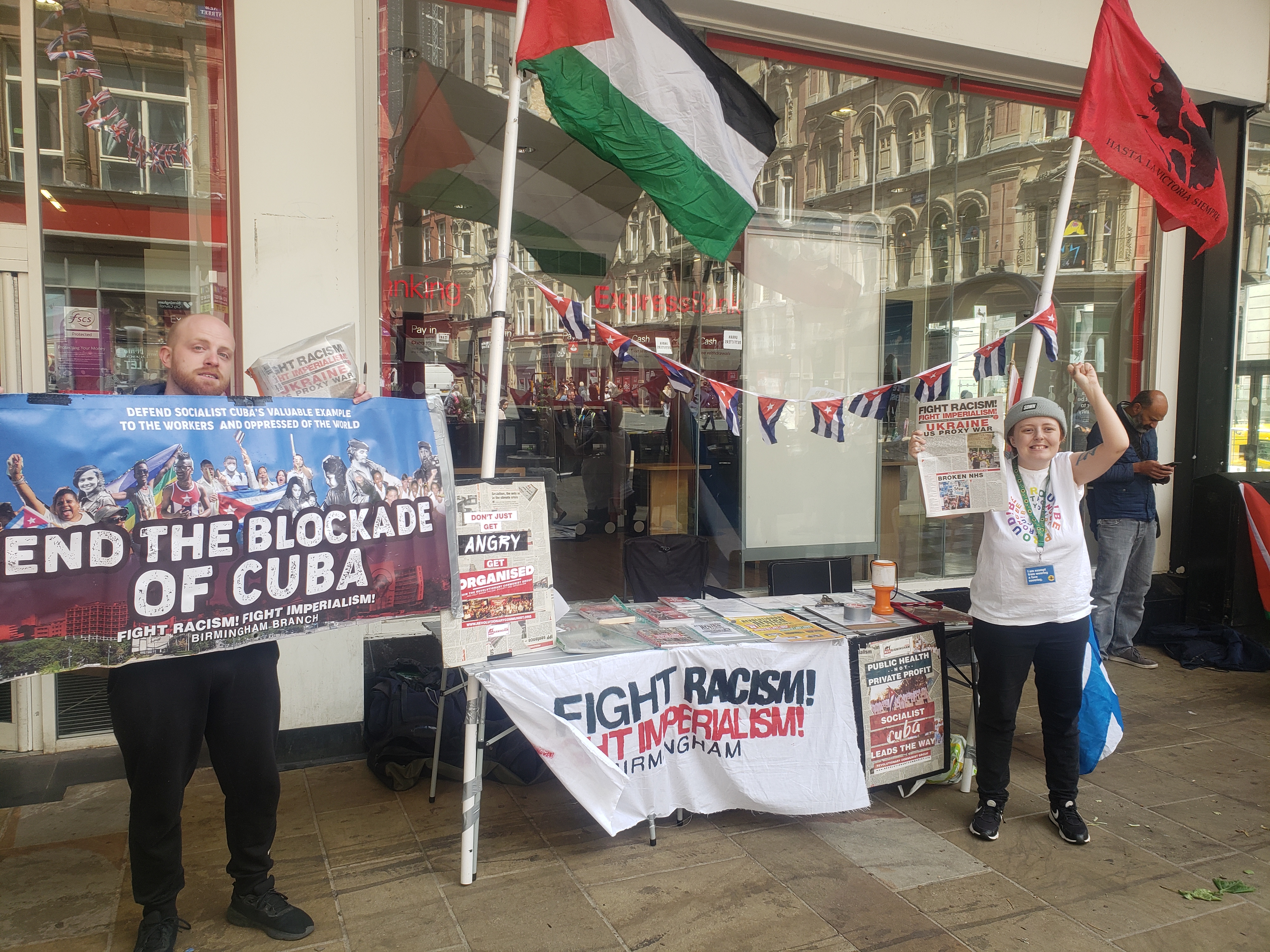 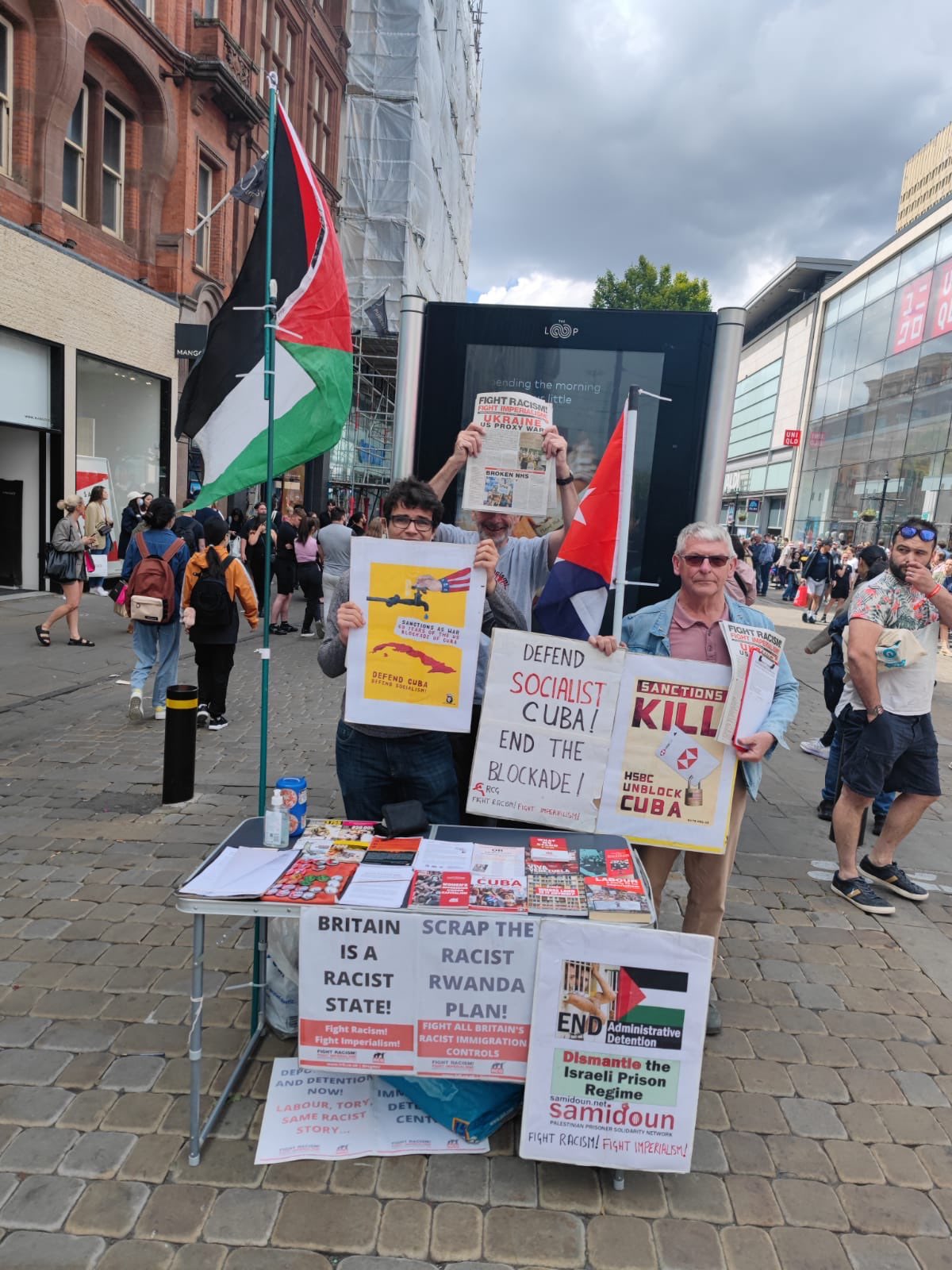