Report: Climate Emergency - What can we learn from socialist Cuba? 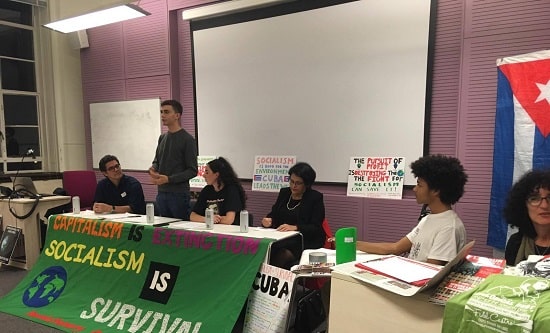 From 11 - 14 of October 2019, Rock Around the Blockade proudly hosted Cuban environmental historian Professor Reinaldo Funes Monzote, alongside the Cuban ambassador to Britain Teresita Vicente Sotolongo, and associated embassy representatives for a speaking tour. In cities across Britain Professor Monzote spoke about the amazing progress made in Cuba on the environment and how the revolutionary socialist process has enabled Cubans to repair the environmental damage done to their country by centuries of colonial rule and imperialist domination. Reinaldo told us about how Cuba’s land was historically used for sugar farming by colonialists. Slaves were used to produce huge amounts of sugar cheaply for consumption in the countries that dominated Cuba: Spain and the US. This continued until the Cuban revolution triumphed in 1959. Since then it has been the task of the revolutionary government to reforest areas of land that were deforested to make room for sugar production and to undo the economic underdevelopment that occurred as a result of Cuba’s history as a subjugated country. 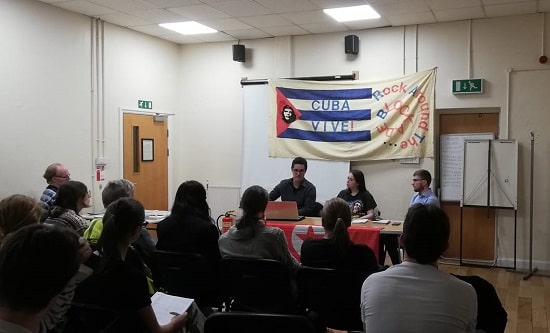 It has been acknowledged by international bodies that Cuba has managed to achieve sustainable development. With the strategies afforded by socialist economic planning and a revolutionary government, Cubans have improved their lives but not exceeded the capacity of their ecosystem. The Cuban people are involved in and consulted on the strategies for ecological planning and the government puts people at the centre of this development, meaning that Cubans are involved in the improvement of their lives and ecosystem. The ‘Project Life’, which Professor Monzote mentioned extensively in his talk, seeks to confront the consequences of global warming head on, from adapting communities to better deal with floods to moving populations away from vulnerable coastlines. All of this was spurred on by the new constitution which was discussed, changed and approved by nearly 9 million Cubans. This revolutionary approach to democracy has opened up a world of possibilities to the people of Cuba, and their voices on the climate are heard and acted upon. 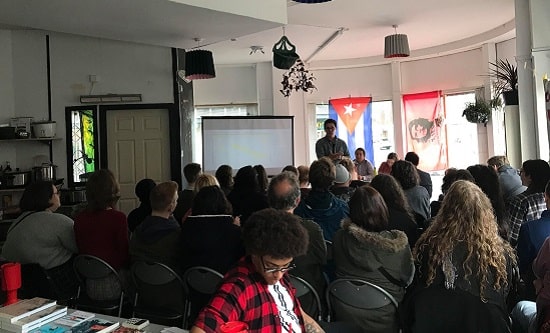 Meanwhile in Britain the bloated and decaying capitalist system has been the driving force behind the climate crisis. The ruling class can only offer individualistic solutions like so-called ‘ethical consumption’ because they seek to distract people from criticisms of capitalism. The people of Cuba know that this climate emergency can only be resolved by collective solutions, enabled by socialism. In the past Cubans have reformed their agricultural system and reduced energy consumption through massive collective campaigns. Now Cuba has doubled down on its efforts to fight the looming climate crisis.

At the meeting at SOAS in London, the Cuban ambassador quoted a speech made by Fidel Castro to the Rio Summit in 1992 saying: ‘Tomorrow will be too late to do what we should have done a long time ago’. It is more important than ever to defend the example that Cuba shows the rest of the world. If humanity is to survive then the lessons that Professor Monzote and the Cuban people have taught us need to be heeded.