“It is impossible to celebrate World Environment Day in Cuba without recalling the legacy of Fidel,” stated Elba Rosa Pérez Montoya, a Party Central Committee member and minister of Science, Technology and Environment (Citma), who spoke about the historic leader of the Cuban Revolution’s comprehensive approach to environmental issues, as seen in more than 50 of his public speeches, including his remarks to the Communist Party of Cuba’s 7th Congress.
The minister recalled how, facing an adverse international context and subjected to a cruel blockade by the U.S. government, Cuba has not only made the struggle to save the environment the focus of government policy, but has also worked with other nations in the region on this issue; above all by training human resources to tackle the effects of climate change.
In this regard, Pérez Montoya emphasized comprehensive efforts undertaken in the province of Sancti Spíritus to combat the drought currently affecting the country, reduce water consumption and pollution, and preserve ecosystems.
Comandantes de la Revolución, Ramiro Valdés Menéndez, a member of the Party Political Bureau and a vice president of the Councils of State and Ministers; and Guillermo García Frías, president of the Central State Enterprise Management Organization (OSDE) for the Protection of Flora and Fauna, presided the event in Sancti Spíritus, the third to take place in the province since 2000.
Meanwhile, United Nations resident coordinator and Development Programme representative, Myrta Kaulard, highlighted Cuba’s willingness to undertake actions toward protecting the island’s biodiversity and terrestrial ecosystems, preserving the oceans, guaranteeing drinking water for the population, and promoting renewable energy.
Also participating in the act were José Ramón Monteagudo Ruiz, first Party secretary in Sancti Spíritus; Inés María Chapman Waugh, president of the National Institute of Hydraulic Resources, and Teresita Romero Rodriguez, president of the Provincial Assembly of People’s Power.
Presented during the event were National Environment Awards which went to the Villa Clara based Architecture and Engineering Enterprise; DIMARQ Design and Engineering Enterprise from Ciego de Ávila; as well as to Dr. Luis Joaquín Catasús Guerra and Comandante de la Revolución Ramiro Valdés Menéndez; while the provinces of Cienfuegos, Villa Clara, Sancti Spíritus and Ciego de Ávila, were recognized for their outstanding achievements in the field. 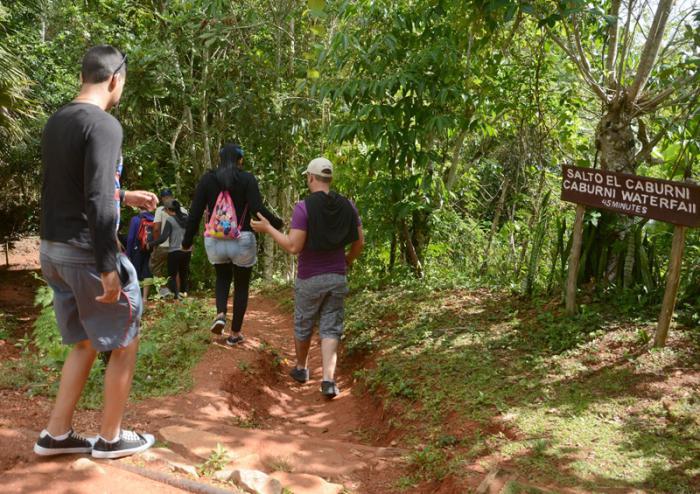