Increased use of solar energy in Cienfuegos 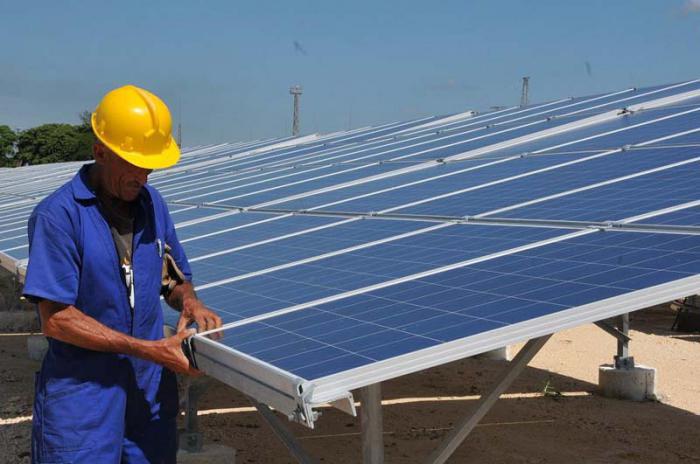 Fully committed to the use of solar energy, one of the essential future renewable energy sources for Cuba and a basic element on the path to changing our energy system, Cienfuegos province already has four solar parks running at full capacity and is working toward completing the fifth.

Jesús Rey Pérez Crespo, director of the Cienfuegos Electric Company, reported that the four parks have a combined generation capacity of 11.2 MW. Once the fifth park comes into operation this year, this capacity will reach 16 MW, he noted.

The new facility, located in Yaguaramas, Abreus municipality, will be the largest of the territory up until now. It covers an area of more than seven hectares and includes 19,400 solar panels.

Pérez Crespo explained that close to 80% of the civil construction works have been completed.

Backed by the “Mofcom Program of nine MW” (five MW here and four in Pinar del Río), the park received a Chinese technological donation, while the Cuban side is assuming the construction and assembly phases.

The director revealed that this year construction works will begin on a further two solar parks in Ariza, Rhodes municipality, and in Aguada de Pasajeros. Both will start operations in 2018 and with these the province will reach a total capacity of 26 MW.

Several solar parks are to be installed in Cienfuegos up until 2030, in order to exceed 50 MW of generation capacity.