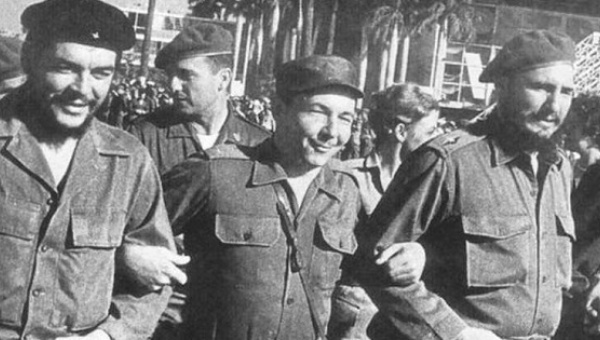 Today, progressives throughout the world could learn many lessons from 1953. One lesson in particular is worth delineating. How did the seed that was planted on July 26 1953 rapidly grow into the July 26 Movement, which developed a plan that would eventually shake the foundations of the dictatorship? How did it break out of the box in 1953, strait-jacketed as it indeed was? There was nothing on the horizon for the vast majority of Cuban people until July 26.

It is difficult to analyse this situation without embodying it in the persona of Fidel. Why even try? Especially considering that July 26 this year marks Fidel’s 90th birthday in August, which is being celebrated not only by the overwhelming majority of Cuban people, but also by justice-loving people around the planet.

By 1953, Fidel was already thoroughly versed in the life and work of Jose Marti as well as other Cuban fighters of the 19th-century liberation struggle against Spain, in favour of independence and a just society based on equality for all. He was simultaneously drinking from the theoretical fountain of Marx, Engels and Lenin. Yet, for Fidel, political thinking and action had always comprised one intertwined phenomenon. He had been very politically active for nearly one decade before July 26 1953.

Thus, based on their accumulated experience and thinking since the mid-1940s, Fidel and his comrades worked out their July 26 plan by building upon different international and national political theories and varying practical participation. Fidel especially, as the acknowledged leader of this movement, was able to combine a variety of strands in political thinking as well as practice into one coherent vision.

He succeeded where so many others had failed because he was able to amalgamate principles of thought as a guide to action. While he never for one second abandoned international and indigenous revolutionary theory for momentary expediency, he also refused to allow thinking to become a hindrance to revolutionary action.

Fidel is, in the words of Gabriel Garcia Marquez, “the anti-dogmatist par excellence.” Dogmatism in the revolutionary ranks is often manifested by the stiff and sterile interpretation of what is perceived as “theory,” but is rendered useless by this type of reading. This dogmatism hinders the capacity to draw from accumulated practical experience—either positive or negative—in order to analyse concrete conditions with the perspective of the future requirements needed to move society forward.

Perhaps this was the problem with most of the Cuban revolutionary left in the 1950s that left them impotent until a new vision of thinking and practice opened up horizons for them. This is why, when reflecting every year on July 26, the words of Che Guevara always seem to invade the thought process. He wrote on July 26 1967, in Bolivia, about the significance of that day as “a rebellion against oligarchies and against revolutionary dogmas.” Che’s allusion to much of the Cuban left at the time was based not only on his own practical experience but on his many years of evaluating the international communist movement.

The July 26 attacks did not result in a victory that day, and many were killed, injured or arrested, including Fidel, who was arrested. However, the attacks led to Fidel’s self-defence in court after he was captured and forced to stand trial. He had written his notes in prison, but was forced to deliver his two-hour defence from memory because the prison authorities confiscated his notes.

This epic rebuttal later became known as “History Will Absolve Me” and was a masterpiece of anti-dogmatism par excellence by someone who knew how to combine theory with the practical evolution of Cuban society at the time. By 1954, tens of thousands of copies were distributed throughout Cuba. The defence was converted into an offensive in conjunction with the people, which led to the 1959 victory. It has stood the test of time, since serving as the genesis of Cuba’s current anti-imperialist socialist project. July 26 and its repercussion, “History Will Absolve Me,” sparked the Cuban Revolution.

Today, Cuba is going through one of its most difficult periods since 1959. Its economic situation is fragile and being tested once again, as President Raul Castro testified on July 8, 2016. In addition, many revolutionary Cubans are wary about the real intentions of the U.S. Cuba policy and its negative consequences on the Cuban socialist consensus. In fact, Fidel himself has written some reflections on the controversial new relations between the two neighbours.

Thus, in 2016, the dialectical approach combining principled thinking with the practicalities of the struggle as exemplified by Fidel Castro since 1953 is valid today as a model. How are the principles of Cuban socialism applied to the ongoing efforts to decentralize the state and further open up space for small businesses?

How does opening Cuba to the U.S. in economic and cultural spheres affect Cuban socialism, its socialist political culture and sovereignty? Even though these are not easy questions to address, the Cuban Revolution has been striving to do so. In fact, once again, as in 1953 and since 1959, Cuban revolutionaries today are in largely uncharted waters that only their tradition of combining principles and practical tactics can navigate.