On Saturday 11 October 2008 supporters of Fight Racism! Fight Imperialism! and Rock Around the Blockade in Manchester held an event in Piccadilly Gardens in the city centre of Manchester to celebrate the life of Che Guevara. Speakers pointed out that forty one years after his death his ideas of socialism are more relevant than ever as the crisis of capitalism lurches forward and banks are collapsing in most of the major imperialist countries. We also collected signatures on petitions calling for the release of the Cuban 5 who have now spent more than 10 years incarcerated in the US prison system purly for attempting to stop terrorist attacks sponsored by the US on Cuba. 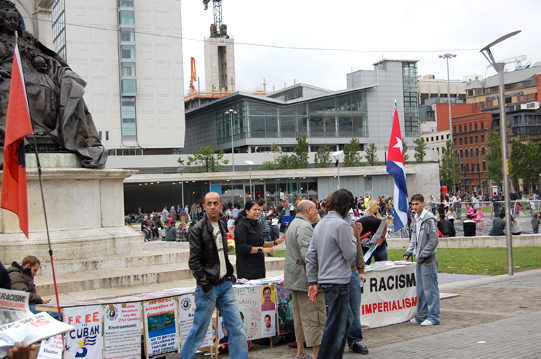 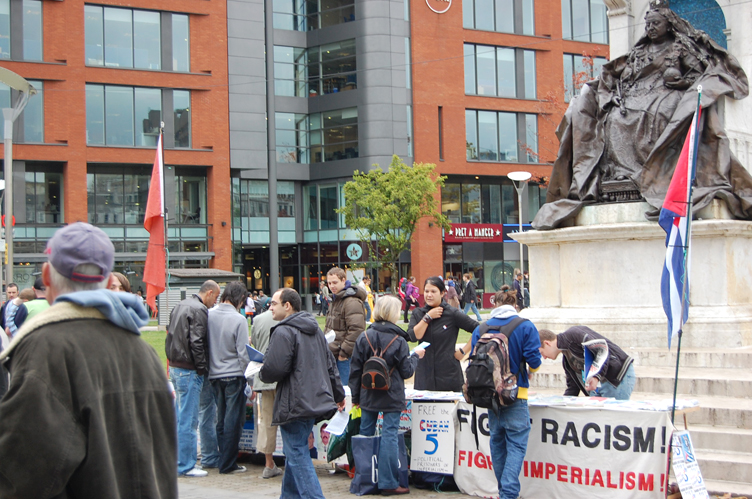