RATB rally for the Cuban 5

Saturday 13th September marked ten years since the unjust arrest and incarceration of the Cuban 5. Rock Around The Blockade (RATB) joined protesters around the world on this day, and showed it's solidarity for these five brave men by holding a rally in Trafalgar Square in the heart of London.

The rally was a huge success, with some thirty protesters, adults and children alike, attracting the attention of hundreds of passers-by. RATB were joined by members of the Marti-Maceo Association of Cubans in the UK, who delivered moving speeches to the public. These and other speeches from passionate protesters encouraged people to stop and find out more. Several people, having already heard about the imprisonment of the Five, approached us and took away more information. Hundred signed our petition, which will be sent to the international Free the Five campaign.

The rally did much to raise awareness of the need to have the Cuban 5 freed from prison, and of the positive politics of Cuba in general. RATB continues to stand in solidarity with socialist Cuba and revolutionary struggles in Latin America. 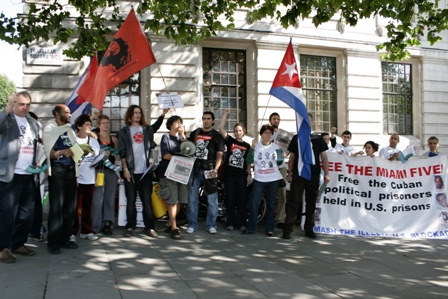 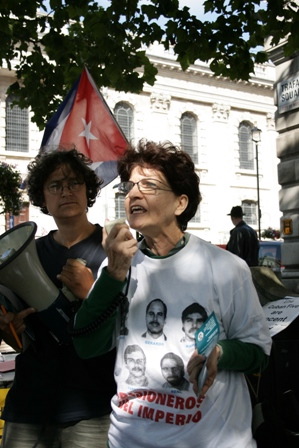 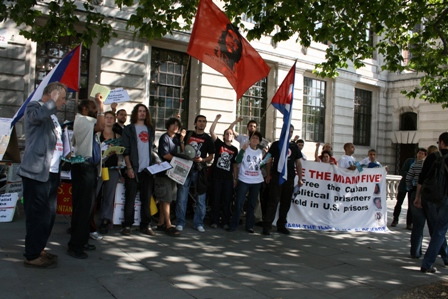 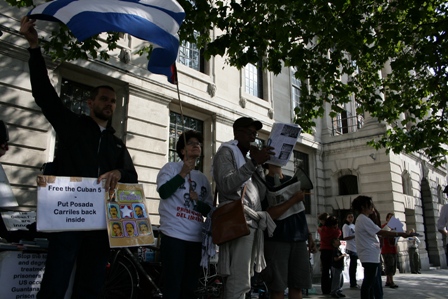 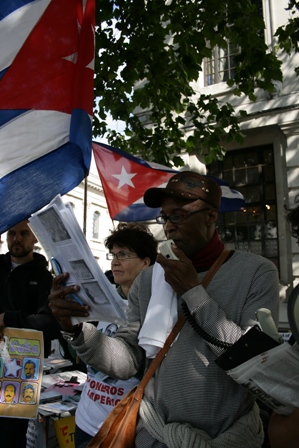 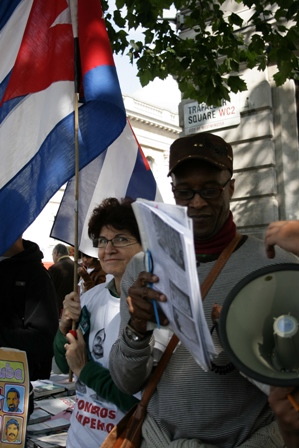 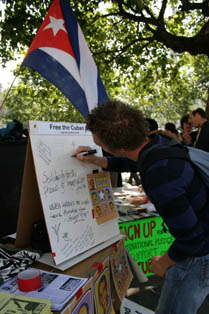 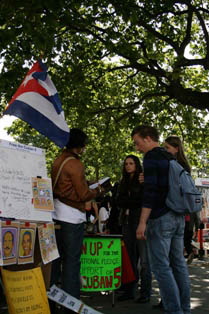