Cuba - democracy or dictatorship? Countering Owen Jones and The Guardian 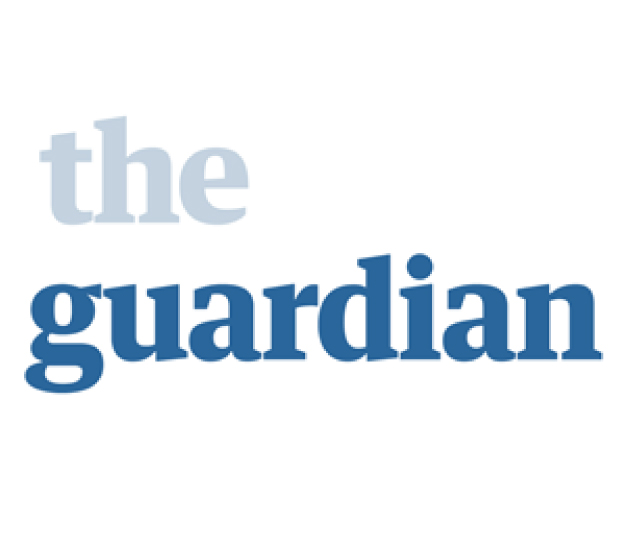 Following the news of the release of the Cuban 5 and renewed diplomatic relations between the US and Cuba, Owen Jones published a 'Comment is Free' piece in the Guardian on 18 December 2014. Entitled 'The US embargo is disappearing, so too, must Cuba's dictatorship' Jones launches a virulent attack on Cuba. Rock Around the Blockade replies:

What free press should socialist Cuba aspire to Mr Jones? The 'free press' that dictated the outcome of the Scottish referendum here. 38 national newspapers agin us...and yet we still voted in our million and a half plus for independence.

A well read lad like yersel'- and a proclaimed socialist- should know there is no such thing in any capitalist society- the media are run by rich white men, to paraphrase Michael Moore. But then of course your employer is amongst them. So stop yer liberal sooking and as Fidel has explained to friends of Cuba, try and imagine the difficulties the socialist revolution has faced in its short history...then judge. Cuba in the absence of the corrupt influence of the millionaire media is more free, not less!

Dundee Rock Around the Blockade

Owen Jones claims that ‘Cuba is not a nation where the people can freely determine who represents them’. He ignores the easily available facts from Cuba’s most recent national and provincial elections in 2013. Voting is by direct secret ballot and is voluntary, the voting age is 16.  The 2013 turnout was an impressive 90.8%. Half of the 614 delegates to the national assembly are elected from municipal and provincial assemblies – from their communities, the other half represent mass organisations like the Trade Union Confederation (CTC). The National Assembly elects the 31-member Council of State which exercises legislative power between national assembly meetings, and elects the president of the council of state.  Following the 2013 elections, 49% of delegates in the national assembly are women (25% of MP’s in Britain), 37% are black or mixed race, mirroring population statistics and 61.3% were born after 1959.  This is not an old elite clinging to power.
Candidates cannot nominate themselves and the communist party does not stand in elections or propose ‘party candidates’.  Candidates must be nominated from their community based on merit.  Elected officials retain their existing employment and salaries, the only expenses received are for provincial delegates to travel to the national assembly. There is no financial incentive. Cuban’s have the right to recall their elected representatives who must ‘render account’, reporting back to their constituents twice a year.  Faced with a choice between the Tory’s and Labour, both committed to privatisation, austerity and attacking immigrants, I’d prefer Cuban democracy.
Sam McGill. Editor of www.ratb.org
Newcastle upon Tyne
...............................
Owen Jones' Comment is Free article on Cuba was an inaccurate and scurrilous attack on the achievements of the Cuban people. He begins quite rightly attacking the US blockade and acknowledging the impossible to ignore achievements of Cuba in healthcare, life expectancy and commitment to environmentalism. But what follows amounts to a shameless repetition of successive US and British government positions on Cuba's 'dictatorship' and the transition to 'democracy' that they argue Cuba needs.
Jones' claim that 'Cuba is not a nation where the people can freely determine who represents them' is totally false.The reality is that Cuban socialism has enshrined a democratic process based on the participation of the vast majority of the population. In a system of Popular Power, Cubans vote every two years in local elections and every five for national assembly representatives. All elected officials receive the salary they would have received in their original profession and can be recalled at any time.
In the most recent elections in February 2013, 90.8% of eligible voters came out to vote for their preferred candidates in a process that had stated months before with meetings involving literally millions of Cubans at the grass roots level to select their own candidates. As a result of this process 49% of delegates in the National Assembly are women (compared to 25% of MPs in Britain) and 37% are black or mixed race, closely matching population statistics.
Cuba's participatory socialist democracy makes a mockery of the claims of so-called democratic capitalist nations like Britain. In a recent local election in my constituency in Manchester, the voter turnout was 19%. The Labour candidate was voted into office with the support of less than 15% of those registered to vote. Coincidentally (or not), Owen Jones is a Labour Party member and self-professed 'socialist'. He sees Cuba as a dictatorship but sees no contradiction in being a member of a warmongering, pro-austerity party. Readers supporting a real alternative will see beyond his calls for a vote in next year's 'democratic' charade in Britain.
Viva Cuba!
Lewis Brehony. Manchester Rock Around the Blockade