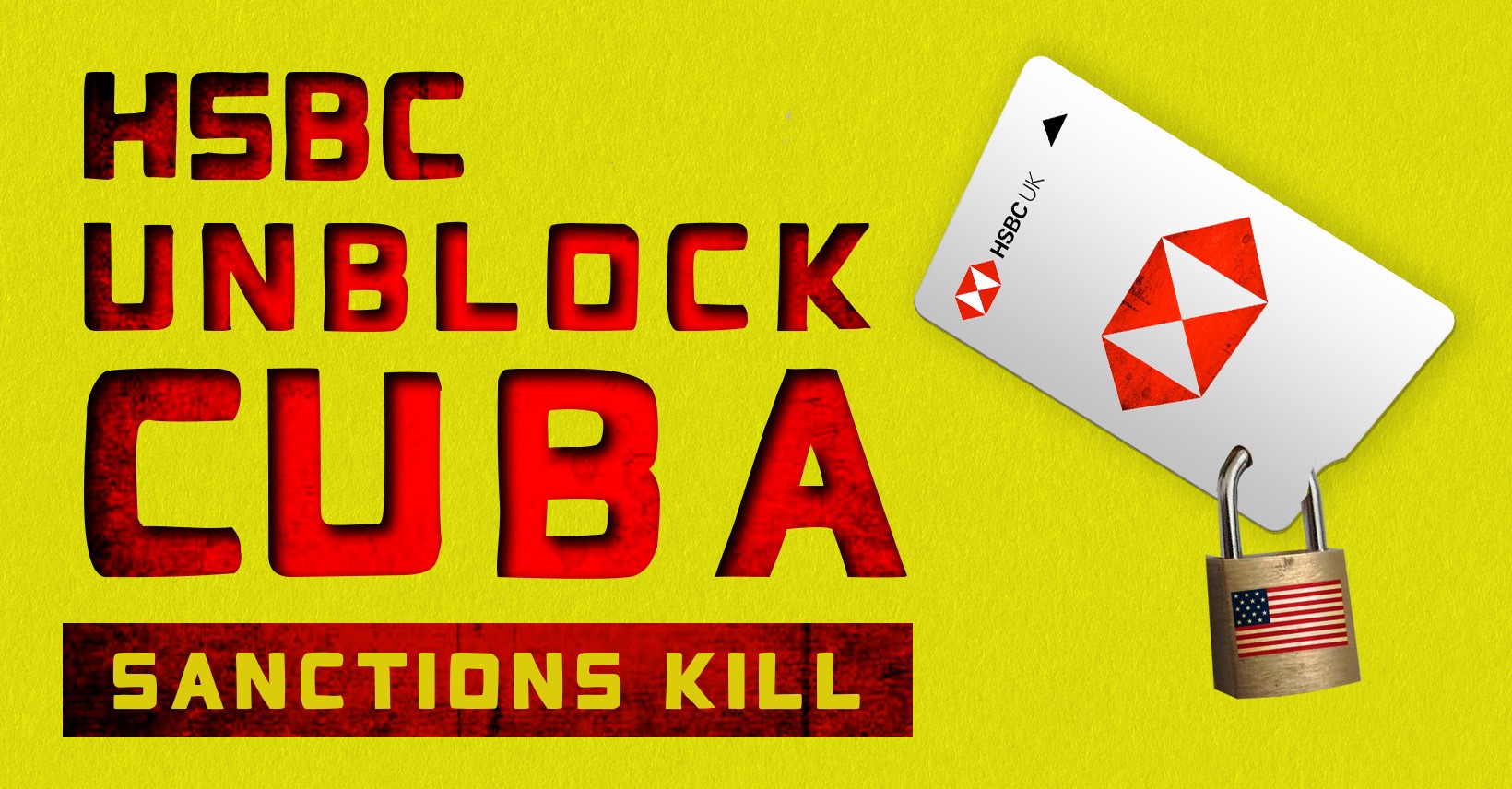 HSBC is complying with unilateral US sanctions against Cuba. Imposing US sanctions on UK interests for dealings with Cuba is illegal under multiple UK laws – most notably the 1996 Protection of Trading Interests Act. Despite this HSBC has been obstructing financial transactions and UK bank accounts which either engage with Cuba or are run by Cubans such as Cubans in the UK who have had their account inhibited whilst raising funds to send medical equipment to Cuba, a humanitarian endeavour to support Cuba throughout the Covid-19 pandemic.*

The US blockade against Cuba has been in place for 60 years and is estimated to have cost over £144bn cumulatively. Former US President Trump imposed an additional 240 measures against Cuba and more have since been enacted under President Biden. Food production, imports, medicine production, health provision, agriculture are all significantly affected. With its alternative model of production, participatory democracy, outstanding universal systems of free healthcare and education and international support for anti imperialist struggles worldwide, Socialist Cuba is the threat of a good example - the blockade is a crucial tool in the US six decade attempt to crush socialism in Cuba and Latin America.

*Note that since this protest was publicised, HSBC has unblocked Cubans In The UK's bank account. However, Cuba remains on the bank's list of sanctioned countries, so the protest will go ahead.