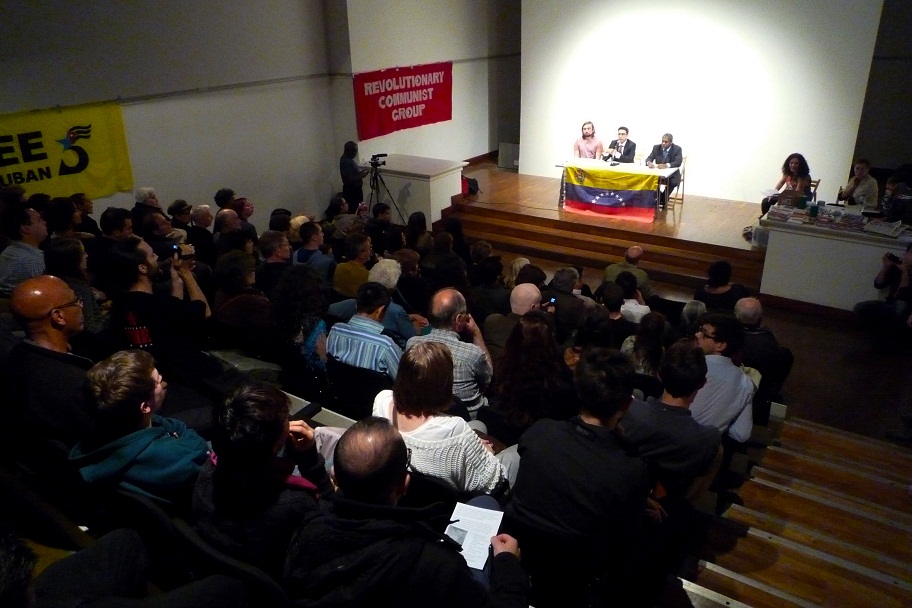 Highlights of the film include:

The screening was preceded by introductions from the venezuelan Charge d’affaires for the UK, Alvaro Sanchez and Counsellor Jorge Luis Garcia representing the Cuban Embassy, both of whom emphasised the importance of showing solidarity with the process underway in Venezuela, which is the frontline in the battle for socialism in the world today.

The film is an important contribution to promoting an understanding of the revolutionary movement in Venezuela, especially in the English speaking world. RCG screenings have already taken place in Manchester, Dundee, Glasgow and Newcastle. Anyone wishing to organise a screening is welcome to contact us to request a copy.

The film will be freely available on www.vivavenezuela.co.uk in November, help us to spread the word by sharing the link.

Come to our next public meeting in London:

Democracy in Cuba and Revolutionary Latin America
Discussion of the important new book, Cuba and its Neighbours: Democracy in Motion by Arnold August, with speakers followed by open discussion. Free entry. All welcome.