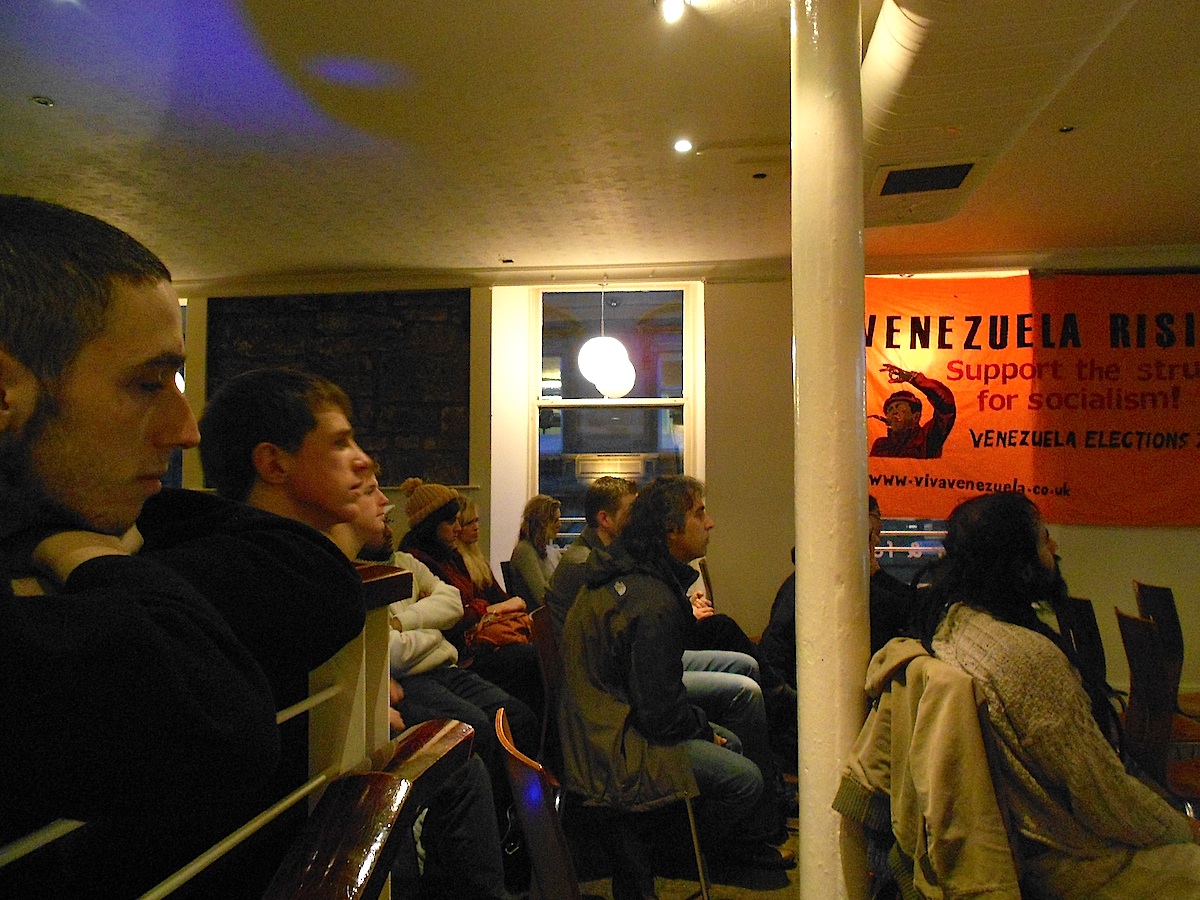 Viva Venezuela Contingent Report back in Glasgow ‘All people want to live in peace...the people of Venezuela, the people of Palestine, the people of Glasgow...only socialism can provide the necessities of life’. These were the opening remarks of the chair of the meeting Paul Mallon before he introduced one of the Revolutionary Communist Group members who took part in the contingent to Venezuela during the presidential elections on 7 October.

Imperialism’s massacres set against the international solidarity given by the Bolivarian revolution; ruling class attacks on and denial of health and education services to peoples around the world against the progressive welfare reforms of the United Party of Venezuela (PSUV) which is headed by Hugo Chavez. Socialism or Barbarism! This was the overriding g theme of the meeting.

The audience was shown a short film, produced by the RCG contingent, capturing the excitement and high political level on the streets of Venezuela in the days before the election; the young and the old were out in a sea of red t-shirts, numbering around 2million, to tell the world that the socialist option was the only option for the poor and oppressed.

Contingent member, Sam McGill, contrasted this thriving democracy, which has held 15 presidential elections in the last 14 years, and recorded a massive voter turnout of 80% of the population on 7 October, with the pathetic 15% voter turnout in the police commissioner elections in Britain.

The reason for this difference was because the Venezuelan people were faced with a ‘stark choice between socialism or capitalism’ where as for the working class in Britain – it was a vote for capitalist lackeys or no vote at all. Encouragingly the majority picked the second option. 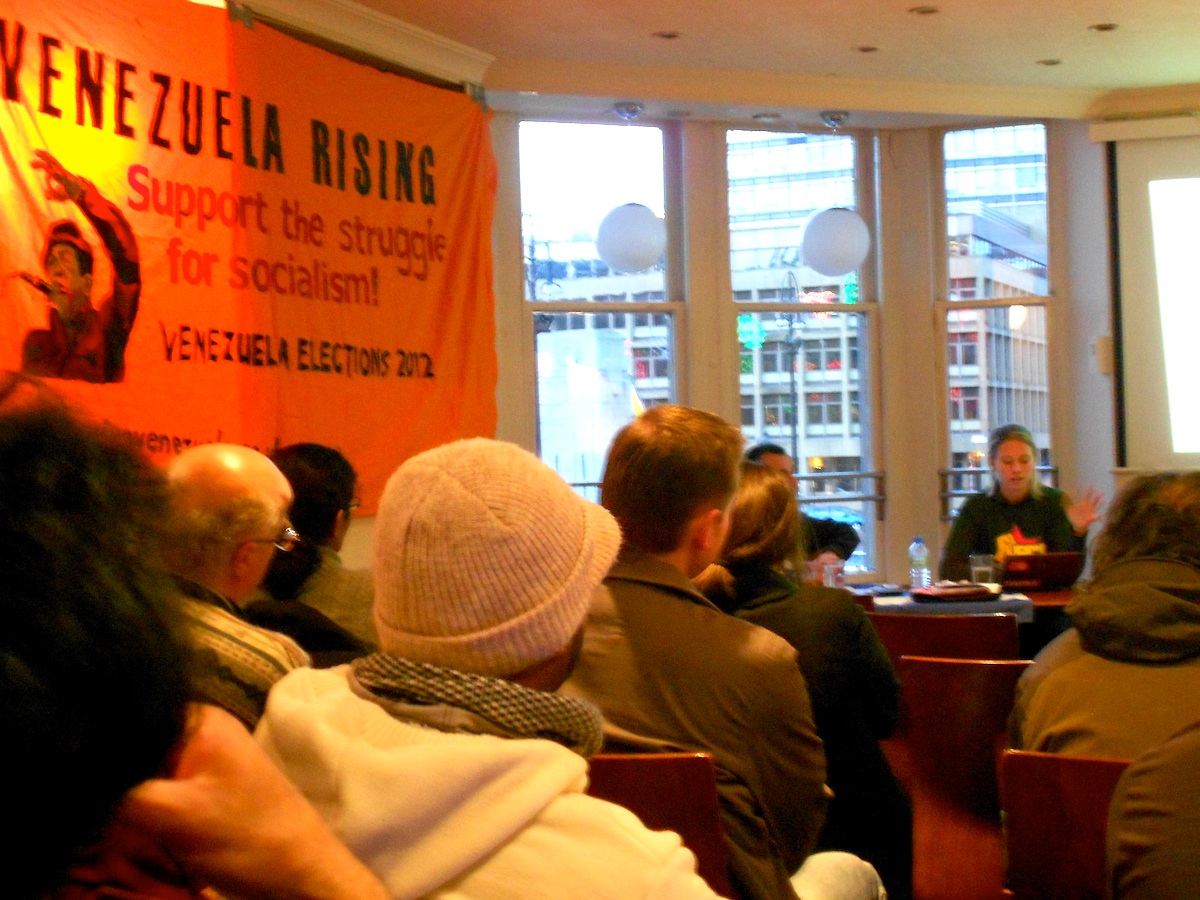 and years. The struggle against corruption within the movement; the fight to reduce food imports which involves the nationalisation and distribution of land from the hands of rich landowners; the implementation of more welfare policies to eradicate poverty, helping to address the causes of high rates of crime, and improve the living standards of the population, and the urgent need to need to diversify the oil based economy, which relies on 95% of its income being produced by 100,000 oil workers, to other areas of production such as agriculture.

The speaker held up a copy of Programa Patria, the 2013-2019 manifesto of the PSUV which contains hundreds of progressive proposals, as an example of the seriousness of the movement. The US backed opposition could only produce 20 proposals involving a rolling back of progressive reforms and privatisation. Despite their unity the opposition were no match for Chavez.

Already the Bolivarian movement has achieved outstanding results. For example over 245,000 new homes have been built as part of the Great Housing mission which aims to build 3 million homes by 2019; university education has been made free for all and over 11 million Venezuelans have received free medical attention through health care co-operation between Venezuela and socialist Cuba.

After a good discussion around the challenges facing the Bolivarian movement, the increasing co-operation between progressive movements across Latin America in ALBA and CELAC, the leading role played by women and young people in the socialist movement in Venezuela, and the responsibility of people in Britain to support and learn from the process underway for our own struggle against imperialism, the meeting was brought to a close.

Sam’s talk was clear in showing that Venezuela, while it is still a capitalist country with a big middle class and high level of private ownership, has taken the path to socialism. It will be the organisation of the movement in Venezuela and the level of support it receives from other socialist and progressive movements around the world which will determine whether they are able to stay on that path.