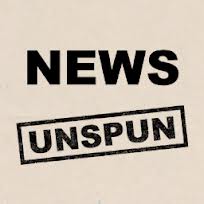 [07.03.13 by www.newsunspun.org] The BBC maintained a strong a record of misleading reporting throughout the presidency of Venezuelan President Hugo Chavez, who died on Tuesday, following a two year battle with cancer. Yet today's article by Jon Kelly, 'Hugo Chavez and the era of anti-American bogeymen', takes a particularly spiteful slant on the issue of what is presented as 'Anti-Americanism' in Chavez's stance toward US foreign policy.

The premise of Kelly's analysis is that Hugo Chavez is simply the latest in a long list of 'bogeymen', identified by 'anti-American' sentiment. To illustrate the ideological company that Kelly suggests Chavez kept, his image appears on the same panel as murderous despots and terrorists such as Saddam Hussein, Muammar Gaddafi and Osama bin Laden. This may have been normal practice for news organisations such as Fox News, but for the BBC it must be noted that this is a move particularly devoid of integrity, perhaps a new low.

Kelly writes that Chavez was by turns ‘portrayed as a six-times elected champion of the people or a constitution-fiddling demagogue’, implying that the polarisation of commentary concerning Chavez’s presidency makes it difficult to perceive where the truth lies. Perhaps if Kelly had indulged in the journalistic habit of presenting the bare facts, it might help to dispel such confusion. It is factually accurate to acknowledge that Hugo Chavez was democratically elected six times, also that his base of support was amongst the poor, the vast majority of Venezuelans. The ambiguous claim of ‘constitution-fiddling’ is in line with the speculative approach the BBC has consistently leaned towards in reporting on Venezuelan politics, relying on the hyperbole of the opposition, yet lacking in facts (in a similar vein, the link to the BBC video on Hugo Chavez's life on the BBC website has been updated and is now titled 'Life of people's hero and villain').

In discussing US-Venezuelan relations, Kelly does not mention probably the most seminal event of the last fourteen years: the US-backed coup in 2002. As an interesting aside, straight after the death of Hugo Chavez, in the BBC 'look back' at his life, the coup was also omitted by James Robbins, who instead described events as 'a general strike' when 'Chavez was briefly pushed from office'.

Kelly creates a ‘spectrum’ of ‘bogeymen’ with ‘anti-American’ tendencies: socialism to secular Arab nationalism to Islamic fundamentalism. The article ties together the homogenously applied label 'anti-American' and the term 'bogeymen' to somehow equate the two: if you don't like the behaviour of the US this mode of reasoning renders you no less than a bogeyman, an object of fear and a threat. Kelly comments that where Hugo Chavez belonged on this spectrum was hotly debated. He presents as indisputable the claim that Chavez should be viewed as a ‘bogeyman’; it is only where he sits in relation to other bogeymen that is up for debate.

The article notes that Chavez ‘floridly lambasted “imperial” American policies’, the word 'imperial' placed in double quotes, and the notion that the most powerful country in the world with 900 military bases in 130 countries might have imperialist tendencies portrayed as ludicrous. In fact, the BBC never refer to US imperialism without quotation marks; imperialism is a word for history books it seems, today's western militaries simply invade countries for the greater good. Those who think the US is an imperial power are simply ‘anti-American’ goes the gist of this article.

The term anti-American is one applied to negate critical positions on the policies of the US. Noam Chomsky has commented on the term ‘anti-American’ that it ‘is an interesting expression, because the accusation of being anti-nation is used typically in totalitarian societies, for example, the former Soviet Union accused dissidents of being anti-Soviet. But try "anti-Italian" or "anti-Belgian," people in Milan or Brussels would laugh’.

By this tendency to apply one label to a range of political viewpoints, Hugo Chavez joins the ranks of the 'most prominent critics' of US power have recently 'exited the spotlight'. The implication here is clear: Osama bin Laden, Saddam Hussein, Muammar Gaddafi, and Kim Jong-il have been prominent critics of the US, and if anyone happens to disagree with the US, they are in the same boat. All who do not ‘agree’ with the United States, including disagreement with any and all elements of US foreign policy, are designated to one ideological grouping. Naomi Klein discusses how this approach was taken by critics of anti-corporate protesters following September 11, 2001, who ‘attempt to make ideological links between anti-corporate protesters and religious fundamentalists like bin Laden, as British secretary of State for international development Clare Short did in November 2001. “Since September 11, we haven’t heard from the protesters,” she observed. “I’m sure they are reflecting on what their demands were because their demands turned out to be very similar to those of Bin Laden’s network.”’

The attempt to place a range of political positions in one or another camp (‘us’ or ‘theirs’) works to deter dissent. ‘To engage in dissent in this climate [following September 11] was unpatriotic’, as Klein writes. ‘The new battle lines have been drawn, crude as they are: to criticize the U.S. government is to be on the side of the terrorists, to stand in the way of market-driven globalization is to further the terrorists’ evil goals’.

This is precisely the position propagated by the Bush administration at the launch of the ‘war on terror’, ‘the binarism that Bush proposes’, as Judith Butler described, ‘in which only two positions are possible – “Either you’re with us or you’re with the terrorists”’. Liberally applying the label ‘anti-American bogeyman’ on the basis of a divergence of position with US policy, as Kelly does, is consistent with this position of binarism.

The BBC claims to take an impartial stance on international issues, yet this article propagates a worldview in black and white terms. In this presentation of political positions as a choice between only two options, that of the US and the political ideology of free market are presented or that of the despotic and terroristic bogeyman.

It is important that the events which have taken place in Venezuela, and throughout Latin America, over the past decade, the development of peaceful, democratic alternatives to the policies of neoliberalism, are not airbrushed from the historical record. The standards of living have improved for millions of people following a process that has had popular, democratic support, yet the international perception of the changes in Venezuela are at risk of being written off as simply the actions of another 'anti-American' 'bogeyman' due to the media's relentless negative treatment of the Venezuelan government.