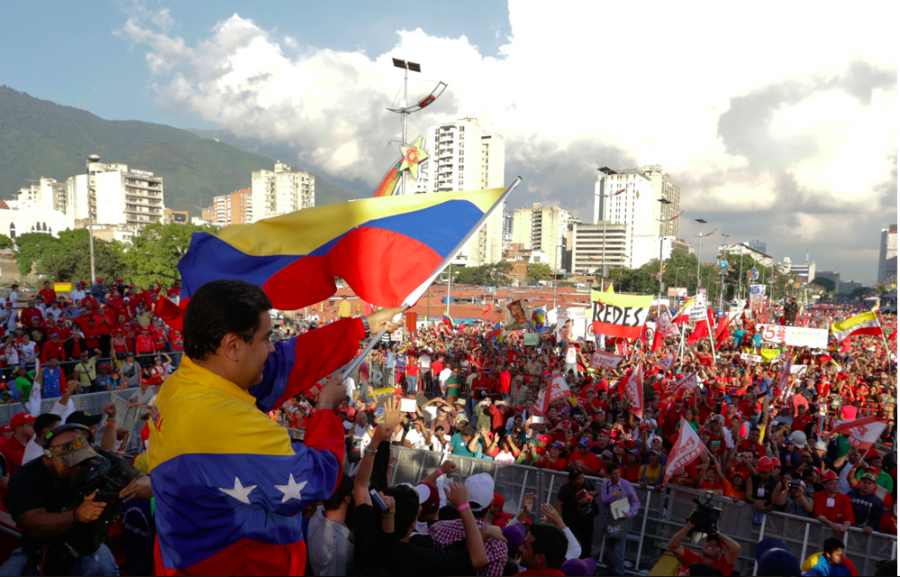 Members of the government responded similarly, vehemently rejecting the measures with choice words throughout the weekend.

Member states of the Mercosur trade bloc, including Argentina, Brazil, Uruguay, and Paraguay, released a joint statement condemning the sanctions as “an infringement on the principles of no intervention in other states’ affairs.”

The document added that the measures do nothing to “contribute to the stability, social peace, or democracy in Venezuela,” despite being named the Venezuelan Defense of Human Rights and Civil Society Act.

Mercosur joined the Bolivarian Alliance for the Peoples of Our America (ALBA) in manifesting its “firm support and solidarity” for the Venezuelan government.

Some Latin American leaders have been more outspoken in their defense. Nicaraguan president Daniel Ortega told press last week that U.S. Senator Marco Rubio and Congresswoman Ileana Ros-Lehtinen had been banned from Nicaraguan territory for their role in spearheading the bill.

In an interview with broadcaster TeleSUR yesterday, Bolivian president Evo Morales said that the United States had failed to conspire politically against both Chavez and Maduro, and were now imposing sanctions as a form of “economic aggression.”

Morales made reference to other such US efforts to cripple autonomous nations’ economies, such as the embargo which continues to hold Cuba’s trade opportunities in a vice.

“We [the countries of this region] have a clear orientation for confronting this sort of economic aggression, of which I am convinced Venezuela is bearing the brunt of now,” the Bolivian leader said, “But as long as we are united, organized and active, it is impossible that the empire will dominate us again.”

“Anti-colonialist and anti-imperialist thought continues to grow, and I am sure that it will keep expanding,” the Bolivian president said.

At its 13thsummit, held in Cuba last weekend, the ALBA alliance celebrated its 10thanniversary. The leftist bloc charted plans for future integration and condemned U.S. “aggression” toward its member states.

The Bolivarian Alliance for the Peoples of Our America (ALBA), which now comprises 11 countries after the entrance of Grenada and the Federation of San Cristobal and Nieves, was founded in 2005 by Cuba and Venezuela as a leftist alternative to the proposed Free Trade Agreement of the Americas (FTAA). Other members of the alliance include Bolivia, Ecuador and Nicaragua.

Plans to strengthen the ALBA bank, the internal Sucre currency, and to make operational an economic zone between the ALBA, MERCOSUR and CARICOM blocs were also discussed.