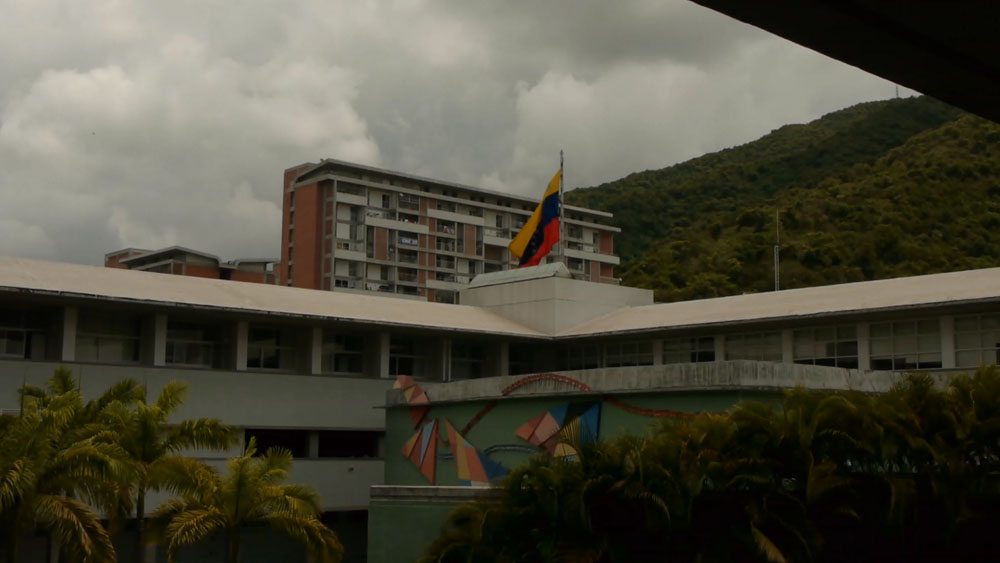 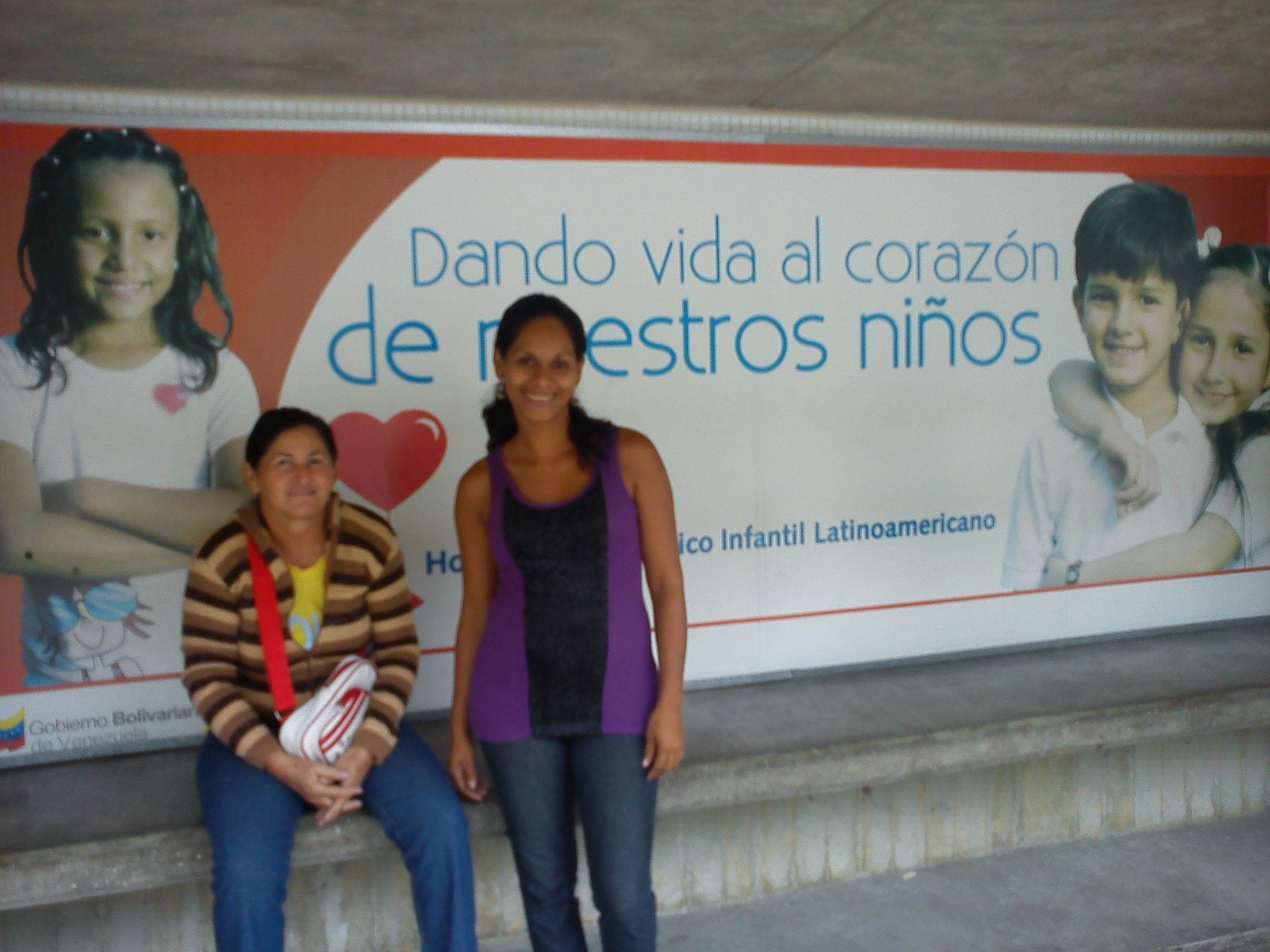 Each year the 18 other hospitals perform around 600 heart operations on children, but the cases that they can't resolve, they refer to the 'Rodriguez Ochoa' hospital for specialist care. We spoke with Ana Gomez, a mother whose daughter has undergone open heart surgery in the hospital, she explained 'the service has been amazing, I'm from Bolivar State in the south of the country and everything has been provided to me completely free of charge, from our transport, to food, accommodation, the treatment, the medicines, I'm so grateful for this help'

As 85% of the patients treated in the hospital are from outside Caracas, the centre includes a hotel for family who can stay and visit, free of charge with food and transport provided. The hospital also contains a school which enables the children to continue studying during their time as patients.

Ruben Granado explained to us that before the Bolivarian process, in 1998, only 148 children with heart problems were operated on that year. Given that 8 children out of every 1000 live births experience heart problems and that 70% of these require a medical intervention, around 4500 children need medical assistance every year. The 148 that were treated in 1998 were those from families who could pay for their treatment, now the public health system treats around 1900 children a year, completely free of charge. Ruben stressed that 'now, with the Bolivarian process the primary priority is to attend to the medical needs of the patients, regardless of how much they can pay, healthcare is a right that is guaranteed in the constitution', Ruben was surprised to learn of the privatisation of the NHS in Britain, highlighting that 'the NHS is a global reference point for universal healthcare, to privatise it is a negative step, in Venezuela we are moving in the opposite direction' 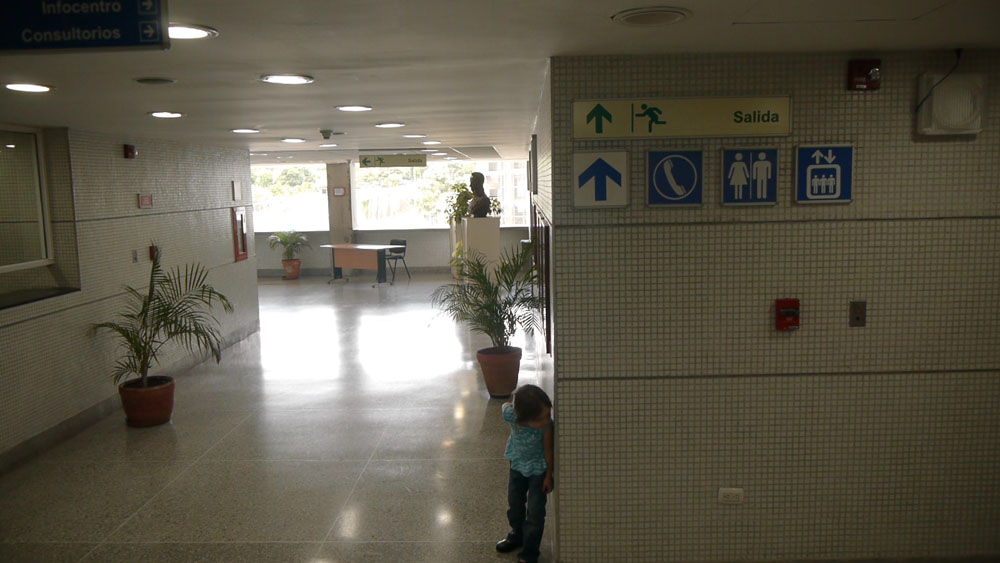 nternationalism is a pillar of healthcare in Venezuela, not only are migrants to Venezuela guaranteed the same treatment as Venezuelan nationals, but the hospital works to provide healthcare to children from other countries in Latin America and beyond. In addition, the hospital is working to assist students from other countries, enabling them to gain necessary experience and specialisation in heart surgery to develop healthcare in their countries of origin. Four students have already graduated since the hospital opened in 2006, two from Nicaragua and two from Honduras. Ruben explained that in Nicaragua in 2006, there was only three specialist paediatric cardiology surgeons, the work of the  'Rodriguez Ochoa' hospital has nearly doubled this.

All the surgeons and doctors in the hospital are Venezuelans who have graduated from public universities, Ruben highlighted that it is a constitutional requirement for medical graduates to work in community health for at least two years, after this a few graduates look for lucrative positions in the US and European countries, however thanks to the development of political consciousness as part of their education, and a strong identity with the success of the specialist hospitals and public healthcare system, the majority of doctors remain committed to developing healthcare as part of the Bolivarian revolution. 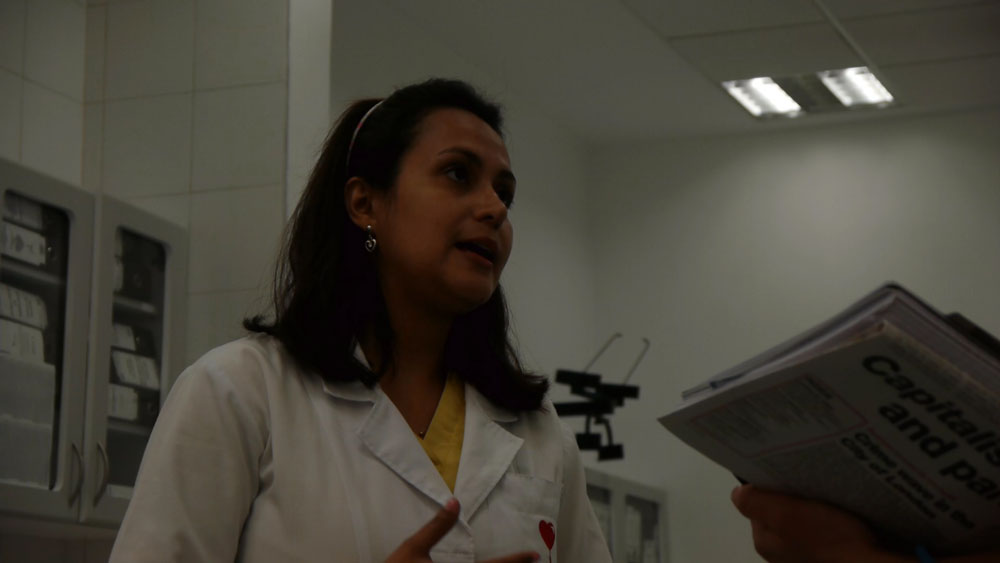 We were invited into the blood bank where haemotherapist Faviola Gonzalez, explained to us that before, patients had to pay up to 1 million bolivars (over $22,000) just for a unit of blood. Now blood is provided free of charge in the hospital, but the blood bank has to organise community campaigns and donor drives in communities in order to guarantee the blood supply. Often each heart operation requires three to four units of blood, Faviola explained that 'little by little we are raising consciousness about the importance of giving blood, especially for children's heart operations, this culture of blood donation is relatively new in Venezuela, but everyday we see family and workers here in this hospital, coming to voluntarily give blood for the children'

We also had the opportunity to speak to cleaners in the hospital, who explained to us that they were treated as equals by the most skilled surgeons, Margarita Maron emphasised 'we are all one big family here, we are all treated as equals, regardless of qualification, race, gender. There is no discrimination thanks to the politics of the socialist process in Venezuela.' A far cry from the inherent racism, disrespect and discrimination experienced by the majority of hospital cleaners in the UK. 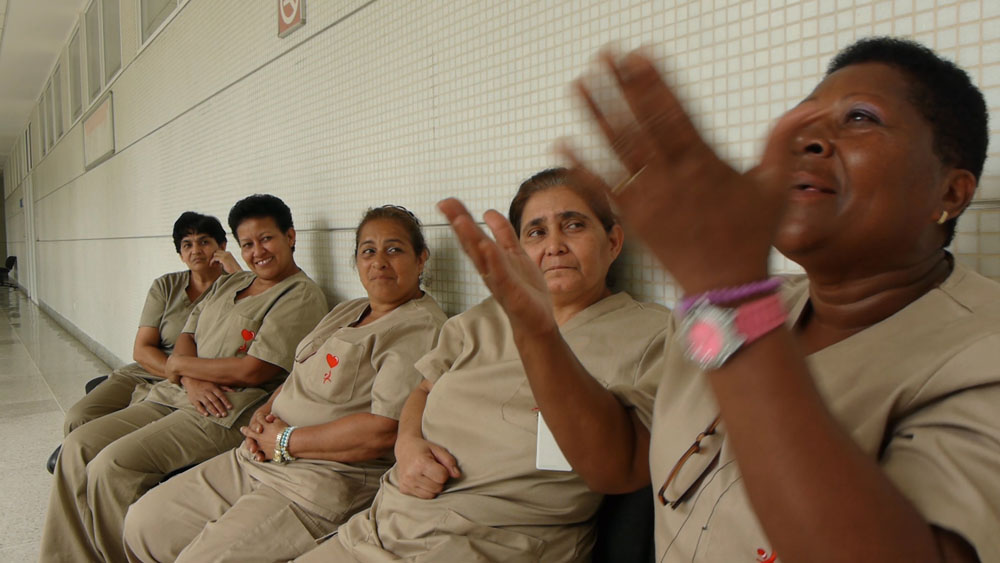 Under the Chavez government, the Bolivarian Republic has built 8,380 public health centres, 13,740 integral health and diagnosis centres, and this year alone, has inaugurated 16 hospitals. Over 11 million Venezuelans have received free medical attention through the grass roots community health project 'Barrio Adentro', life expectancy has increased by two years and infant mortality has dropped by 35%.

Visiting a hospital such as  'Rodriguez Ochoa' really highlights the achievements in healthcare that are possible as part of a socialist process, as Ruben summed up ' the privatisation of healthcare is only concerned in viewing patients and procedures as commodities, a source of profits, this system can't put the needs of the patients first'. For us in Britain, it's clear that anyone who values the provision of decent universal healthcare must fight against its privatisation and commodification. The Venezuelan experience in developing universal healthcare from the grass-roots community level of level of Barrio Adentro to highly specialised hospitals such as 'Rodriguez Ochoa', serves as an example to us all. 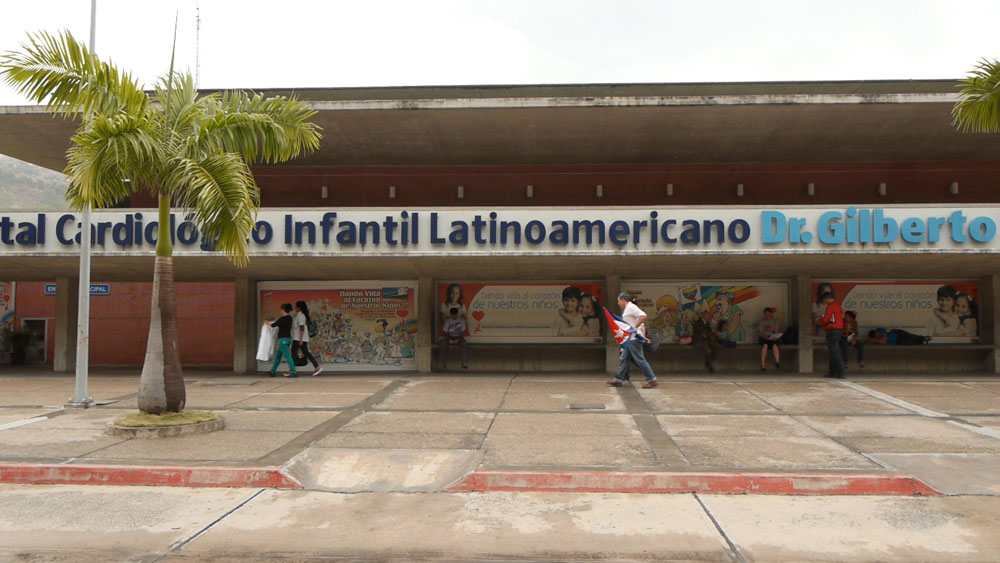