[RCG 11.10.12] Yesterday, Thursday 11 October, members of the RCG delegation to Venezuela met with Deputy Fernando Soto Rojas, the current President of the commission for energy and petrol. 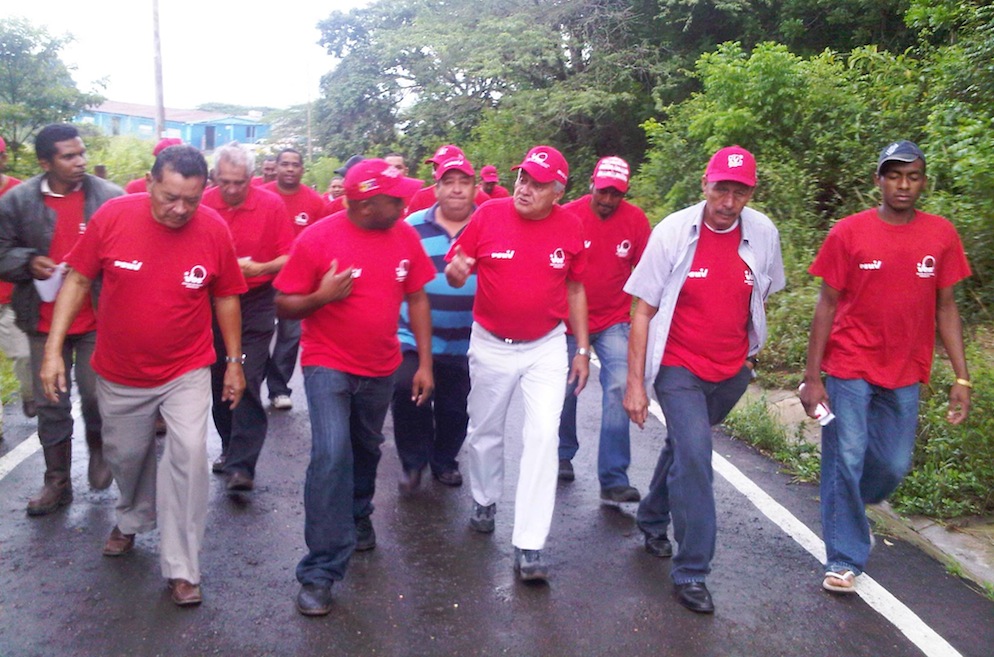 Soto Rojas has played a key role in Venezuelan politics for decades, starting as a student movement leader and guerilla fighter against the Marcos Perez Jimenez dictatorship. He fought against counter-revolutionaries in Cuba and has played a role in supporting the armed struggle in Palestine. Soto Rojas was general secretary and founder of the socialist league a Marxist-Leninist party that dissolved into the PSUV when it was formed in 2007. He is well known for his fight against corruption and inefficiency in PSUV and last year he was president of the National Assembly in Venezuela.

Fernando Soto Rojas set out a historical material analysis of the conditions Venezuela is now operating in which is paraphrased below. A full write up of the interview will be published shortly.

'As Lenin defined, a revolutionary situation is created when the oppressed refuse to live in the old way any more, and the ruling class are unable to govern in the old way. The Caracazo in 1989, the 1992 failed uprising, these were all examples of this revolutionary situation, the 1998 election of Chavez was testimonial to that. Now what we see in Venezuela following the victory of 7 October, is a great polarisation in Venezuela, between neoliberalism and capitalism, and socialism. Eight million voted for socialism, voted for Programa Patria where Chavez set out the five historical objectives of developing national independence, continuing to construct communal power and socialism in the 21st Century, converting Venezuela into a powerful productive economy, contributing to developing a mulitpolar world, and contributing to developing a system able to protect the environment, moving away form oil-rentier capitalism.'

'Now the task, as Chavez's programme sets out with its hundreds of concrete proposals, is to begin these specific tasks, achieve them step by step. Today like before, we are again living in the land of Simon Bolivar, with the principals of justice, independence, sovereignty and the great homeland. As Marx and Engels argued, humanity can take the historic task of transcending capitalism, this is the point we find ourselves at in Venezuela today.'