Community organisation in the barrios of Caracas

blogged by Helen Yaffe, author of Che Guevara: The economics of revolution 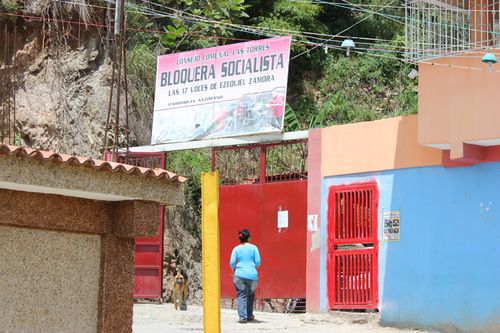 The road was steep with sharp curves, but at least it was made with concrete and not the mud track that existed before the Venezuelan government provided materials for the barrio (neighbourhood) of Antimano. We drove up towards the top of the mountain to meet the consejo communal (communal council) of Las Torres. The consejo was set up in 2000 with some 350 inhabitants, but the population has now doubled to 715, including children. It was a stunning view, looking down over the precarious homes balanced on the mountainsides surrounding the urban sprawl of Caracas in the valley below.

Las Torres is one communal council among ten which have amalgamated into a “Comuna” called Las 17 Voces de Ezequiel Zamora. The total population of the Comuna is 5,860 and they meet every Wednesday in assemblies attended by hundreds of residents.

Las Torres alone has 50 “voceros” and “voceras” (male and female spokespeople) and less than two weeks ago held its two-yearly elections to 17 committees or areas of representation.

3)      health (this and all the rest have one representative)

In addition to the construction of the new road, since 2008 Las Torres has received materials and technical assistance for the construction of housing and other social facilities like a playground, a school (to be built) and they are currently improving the medical clinic which is run by Cuban doctors. The construction of the additional social facilities has been funded with the “exedente” (surplus) earned from the consejo’s own transport service, the “ruta communal” (communal route), set up with help from the government and now possessing 17 minibuses for transporting locals up and down the mountain at prices below those charged by the private companies. This service employs 30 locals. 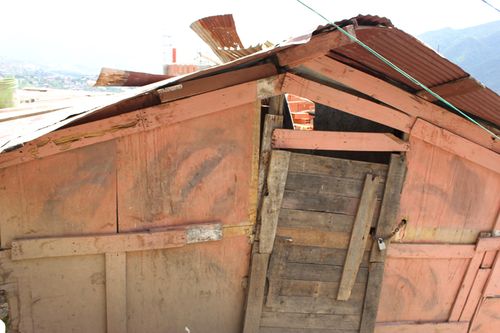 Prior to the reconstruction process, Las Torres had 109 “ranchos”, precarious homes made from slim wooden planks, many of them donated by the Coca Cola corporation. Since 2008, the community itself has built 108 new homes from scratch and land has been cleared for numerous additional homes to be built. The process starts with representatives sent from the national land institute, who evaluate the safety and conditions on the site of proposed constructions. Ranchos are dismantled (the material recycled) and the strong concrete buildings erected in their place. 17 “ranchos” were declared to be in high risk locations so the new homes were relocated to different plots. One individual in Las Torres handed over a large plot of his unused land to the community for the construction of 7 of those houses. The houses have three bedrooms, a sitting room, kitchen and a bathroom. A good portable drinking water service has also been established and the process of electrification is at the planning stage. 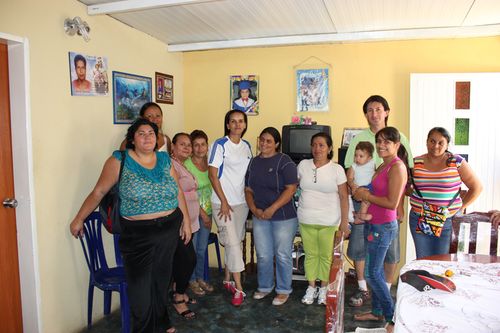 The construction materials are produced by the community in its own ironworks and other construction teams producing the housing blocks and other elements, as well as building the houses. The ironworks employs 3 locals and the other construction work employs 36, but this number will rise to 70 with the new projects underway and more residents incorporated. Next week work will start on the construction of another socio-productive unit, a workshop to make household products, such as detergents and soaps. This will employ an additional 15 locals. 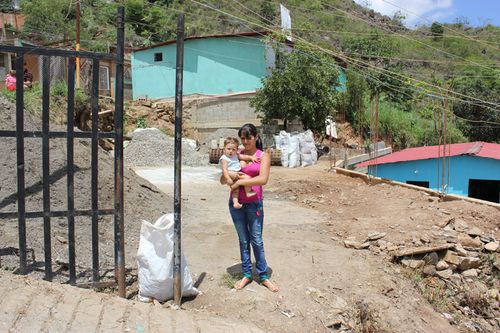 It is clear from meeting the residents of the consejo comunal de Las Torres, that the grassroots organisations formed in the early days of Chavez´s first presidency as a political expression of People’s Power are consolidating and expanding into integrated organisations with socio-economic functions, which in turn increase their political strength.