'Chavez, corazon del pueblo' (Chavez, the heart of the people)

[RCG 02.10.12] 'Our revolution is eliminating the difference between the haves and the have-nots, which is the hallmark of capitalism'. Gabriela, a student activist from the Bolivarian University of Caracas, was speaking to us while perched precariously on the side of a pick-up truck as it made its way through the city, part of a caravana or convoy, galvanising support for Chavez ahead of Sunday's presidential election. 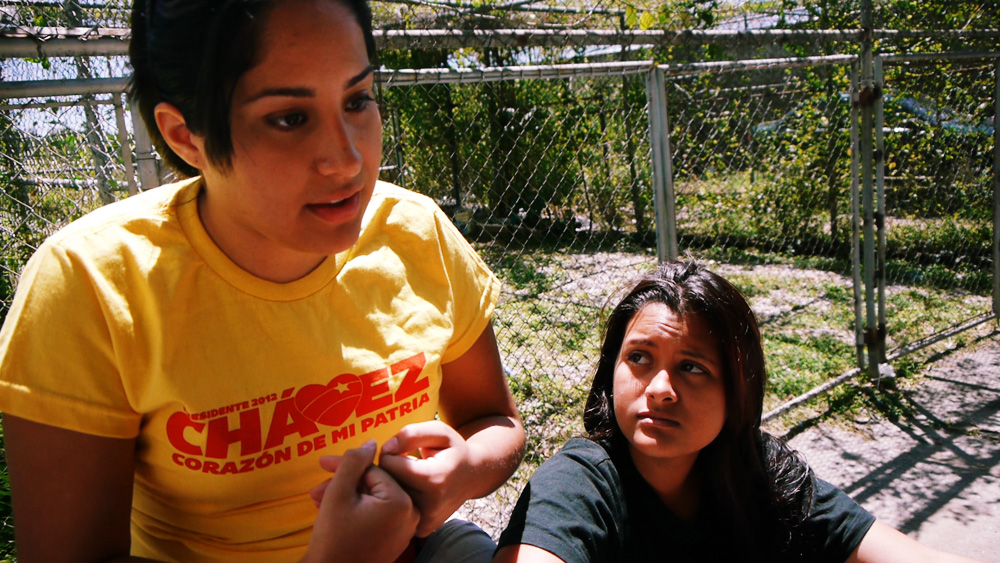 There were ten of us bundled into the back of the truck, waving posters and handing out leaflets. Around us roared a cavalcade of motorbikes, the riders clad in red Chavista t-shirts, the bikes adorned with stickers proclaiming 'Chavez, corazon de la patria'.

Behind us the top deck of a battlebus, music blaring solidarity songs, had been commandeered by a group from the revolutionary Frente de Mujeres Bicentario, who danced and made speeches. Car horns, klaxons, and voices singing 'We will live and we will win with Chavez, the heart of the people' filled the busy streets.

People leant out of the windows of apartment blocks decorated with Chavista posters and banners, especially those being built as part of Venezuela's Great Housing Mission, which aims to provide three million new homes for the working class by 2019, as the convoy headed for the vast sprawling barrio of Petare. 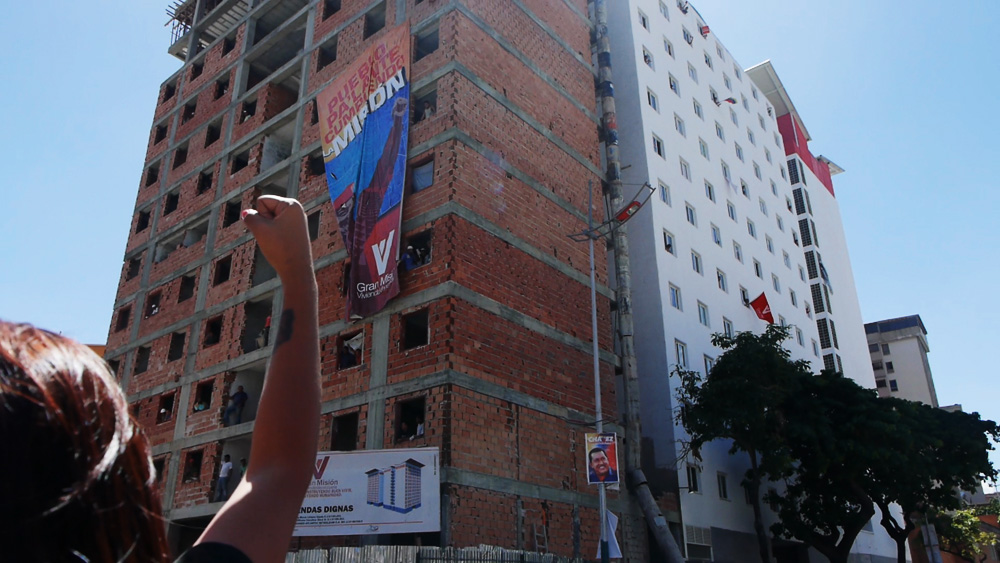 The event was a reaffirmation of the massive level of support that Hugo Chavez enjoys amongst the Venezuelan working class, based on a recognition of everything the Bolivarian Revolution has achieved - and just what is at stake on 7 October.

It comes as no surprise that the most recent Hinterlaces poll predicts a Chavez victory by margin of between 10% and 16%, depending on voter turnout. Speaking at an election rally on Monday, Chavez said that what happens on 7 October 2012 will determine the fate of Venezuela for the next 100 years. He warned that the 'burguesia' are already preparing for defeat with plans to refuse to recognise the results and instead engage in a programme of destabilisation but that 'we have them neutralised on every terrain - they will not be able to succeed against us'. 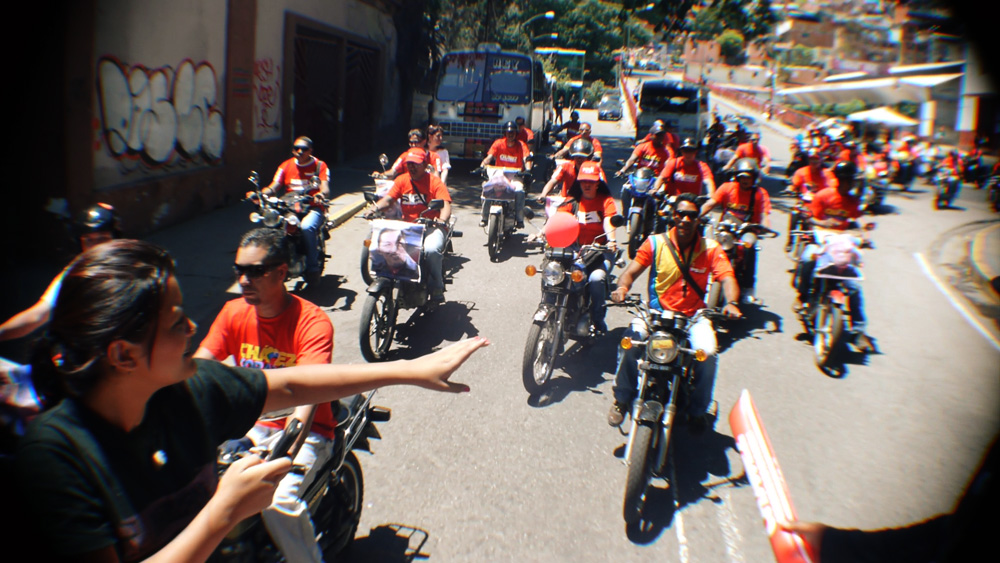 Fiorella and fellow student Gabriela spoke about the free education being provided for them and hundreds of thousands like them by the Bolivarian universities set up by the Chavez government and were blistering in their assessment of Chavez's main rival, Henrique Capriles - 'What, this criminal who took part in the 2002 coup against the democratically elected president? Who attacked the Cuban embassy?'. They work to build links between the university and community projects, such as setting up hydroponic vegetable gardens to produce food locally.

We'd been invited onto the caravana by Wilfrido, the co-ordinator of Catia TV community television station. Talking to him was a reminder of the political struggle over decades amongst the Venezuelan working class that had eventually brought Hugo Chavez to power in 1998.

As a young Marxist Leninist more than 30 years ago, he and a group of comrades had been involved in clandestine political agitation in the barrios, risking repression and arrest, using street theatre and films as political education and eventually setting up a revolutionary small-scale cable television channel that continued to operate underground up to 1998. Today the station works on the principle that television is not something people passively watch but something you go out and make, that it is about education for freedom and needs to reflect and give expression to the voice and the imagination of the people.