Published on 3 December by Venezuela Analysis 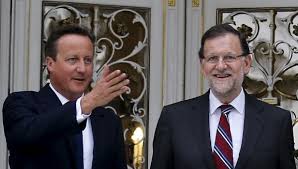 Entitled “Venezuela can have free and fair elections”, the letter was widely republished amongst the LENA group (Leading European Newspaper Alliance) and in newspapers such as El País (Spain), Die Welt (Germany) and the Miami Herald.

In particular, the political figures take up the defence of jailed political opposition leader, Leopoldo Lopez, who was sentenced to 13 years in prison by Venezuelan institutions earlier this year for crimes related to the 2014 “barricades”, including incitement to public violence, association to commit crimes, and promoting damage and arson. His wife Lilian Tintori is currently at the forefront of an international campaign to release him. She met with Mariano Rajoy, the European Parliament and other European politicians in October.

The barricades claimed the lives of 43 people - including Chavistas, opposition supporters and state security forces - injuring hundreds and damaging private and public property. Many communities were left without food and gas for months when opposition supporters blocked vehicles transporting food, fuel and medical supplies.

Nonetheless, the authors describe the actions as “peaceful protests” and call on the government to “respect and implement its own constitution”. They claim that “some [anti-government activists] were subjected to arbitrary arrest” during the protests, referencing some of the supporters who were detained in the wake of the barricades for their role in the violence.

“We call on the Venezuelan judiciary to release López — and all political prisoners — immediately,” reads the letter.

On the eve of the upcoming elections, the letter’s authors also describe it as “worrying” that Venezuelan “political authorities have rejected the presence of independent international observers”.

While neither the OAS (Organisation of American States) nor the UE have an official observer group in Venezuela, the national government has pointed out that there are several other international institutions, such as UNASUR (Union of the South) and CELAC (Community of Latin American and Caribbean States), who will send observers, as well as dozens of international figures, including former president of Spain, José Luis Rodríguez Zapatero.

Other members of the OAS, including the US and Argentina, also do not accept an OAS electoral mission and it is not a prerequisite of membership in the organisation.

Nonetheless, the political figures state that they “cannot be indifferent to the legitimate claims of the Venezuelan democratic opposition” and call on president Nicolas Maduro to “ensure free elections” and “respect the result”.

The signees do not make a similar request of the Venezuelan opposition coalition, the Roundtable of Democratic Unity (MUD), which has so far refused to sign a CNE (National Electoral Council) document pledging to respect the results. Maduro signed the pledge on behalf of pro-government parties and supporters at the end of October.

The letter also references the recent murder of an opposition parliamentary candidate, Luis Manuel Diaz, to conclude that “there can be no true democracy in an electoral climate dominated by violence, threats and intimidation of the opposition” - despite the fact that the murder has been attributed to unsettled scores between rival criminal gangs by Venezuelan authorities.

In concluding the letter, the signees calls on other “democrats” to “denounce the arbitrary abuse of power and stand up for democracy and freedom”.

In a statement published on December 2, the Venezuelan Government rejected the letter and accused the authors of hypocrisy.

It pointed out that the signers of the letter themselves “have been directly responsible for the humanitarian tragedy that devastates the Mediterranean, for the military invasions against innocent people in the Middle East and Africa, without mentioning the increasing denial of the human rights of their own peoples.”