What the media won't admit about the Venezuela opposition death

Published on 26 November 2015 by TeleSUR English 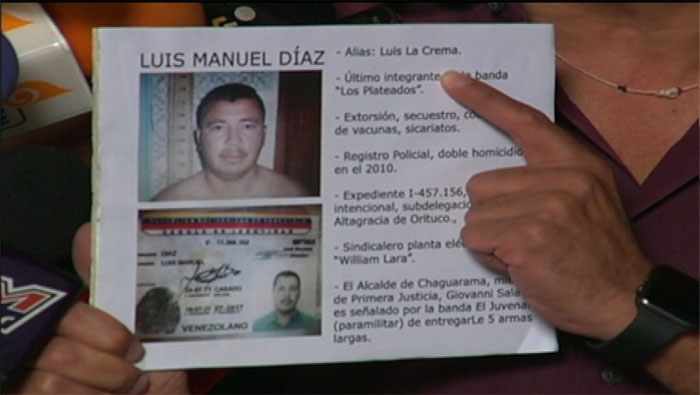 On Wednesday a regional opposition leader, Luis Manuel Diaz, was shot during an election campaign event. Just over a week out from Venezuela’s decisive National Assembly elections, the country’s opposition and certain key national and international media were quick to blame the government.

The head of AD, Henry Ramos wrote on Twitter just minutes after the murder that Diaz had been killed by a shotgun. He claimed he was shot "by armed PSUV gangs from a vehicle." The BBC, and Reuters were quick to cover the story, though they have rarely covered the hundreds of rural workers, indigenous, union, and pro-government activists who have been murdered over the last decade. The Guardian was quick to cover the U.S. condemnation of the murder, with the U.S. quick to label the murder government sponsored “intimidation” of the opposition.

However, the government and government supporters would have little to gain, politically, from such an incident, and it’s convenient for the opposition to be able to claim to know who the shooter was and what his political intentions were within minutes of the event. An examination of who Luis Diaz was and the circumstances show that other scenarios are likely:

*The Guarico state municipal secretary of Democratic Action (AD) has been under investigation for homicide since 2010, according to PSUV leader Jorge Rodriguez.

*Rodriguez also said Diaz was well known as a criminal in the region and belonged to the gang called Los Plateados (those with silver).

*It appears that Diaz was released from prison two years ago and according to his family, had received death threats.

*Rodriguez said that Diaz was a union leader interested in power and in who negotiated job positions. Unfortunately such a business in Venezuela is not unusual, with people being forced to pay bribes to get job positions where such people have power.

*According to the government, the investigation has so far revealed that the shooting was pay back between rival criminal gangs.

*According to that investigation, the main suspect, Oscar Noguera, is linked the El Picure gang, and sought by authorities​.

*According to information obtained by teleSUR Venezuela correspondent, Madelein Garcia, Noguera was wanted on a range of homicide charges from 2006 and 2004.

*Garcia shared the following photo, saying that it is of Diaz during his arrest in 2010, and that he was wanted for links to the alleged murder of two youth who were members of the Gilberto Malony union, associated with the El Picure gang.