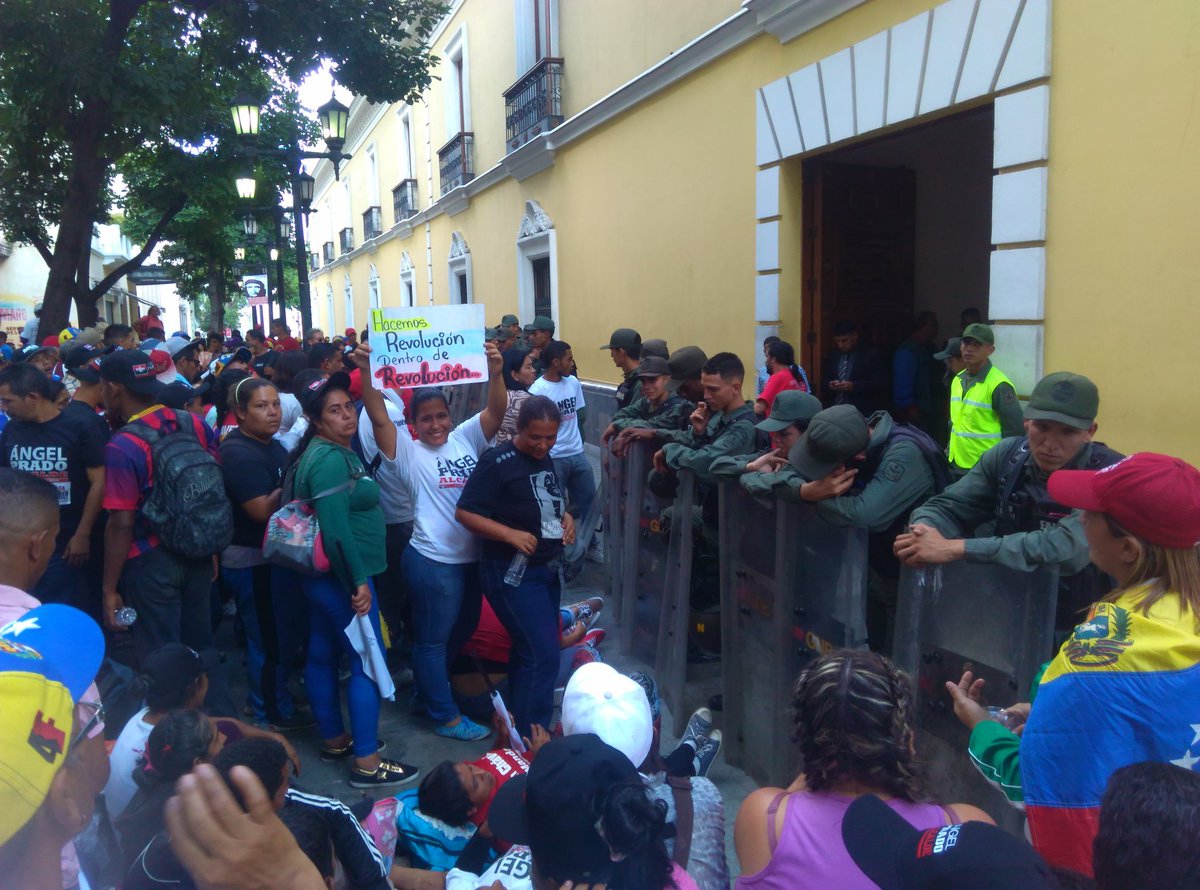 
Upon arriving at the headquarters of the National Constituent Assembly in downtown Caracas, the communards requested a meeting with ANC President Delcy Rodriguez. However, they were instead met by the ANC secretary who informed them that the request for permission must be issued in writing, despite Prado having already submitted the application on November 24.

Supporters of Prado have accused the CNE of attempting to block his candidacy in order to ensure the victory of the handpicked United Socialist Party of Venezuela (PSUV) candidate, Jean Ortiz.

They point out that the ANC leadership has never hesitated in giving permission to its delegates to run on PSUV tickets.

“Why don’t they give this permission to someone from the communes movement? … If Chavez said ‘commune or nothing’, why do they fear a communard participating in municipal elections?” he added, alluding to late President Hugo Chavez’s strong support for the communes as the vanguard of Venezuela’s Bolivarian Revolution.

Having yet to receive a positive signal from the ANC, the communards marched on the assembly for a second straight day on Tuesday.

“Although the response remains negative regarding the permission for Angel Prado’s candidacy, the people remain and we thank all: people, public figures, sister communes who have stood in solidarity with this cause,” the communal activists said in a Tweet.

The communards have resolved to maintain pressure on the ANC until their demand is met.

Boycotted by the majority of opposition parties, the upcoming elections have opened spaces for grassroots movements and leftist parties within Chavismo to field their own challengers to PSUV candidates, who are sometimes viewed as "imposed” or hand-picked by party leaders.

Prado, for his part, has pledged to turn his municipality into a model for the institutionalization of communal power within existing local governance structures, which often stand in tension with the communes.

Comprised of 22 communal councils, the El Maizal Commune is one of the largest and most successful agricultural communes in the country. The commune has numerous communally owned and operated businesses and an annual yellow corn production that surpasses 4,000 metric tons.

Communards chant "Commune or nothing" outside of the ANC.