Cuba shall not be brought down by force or seduction 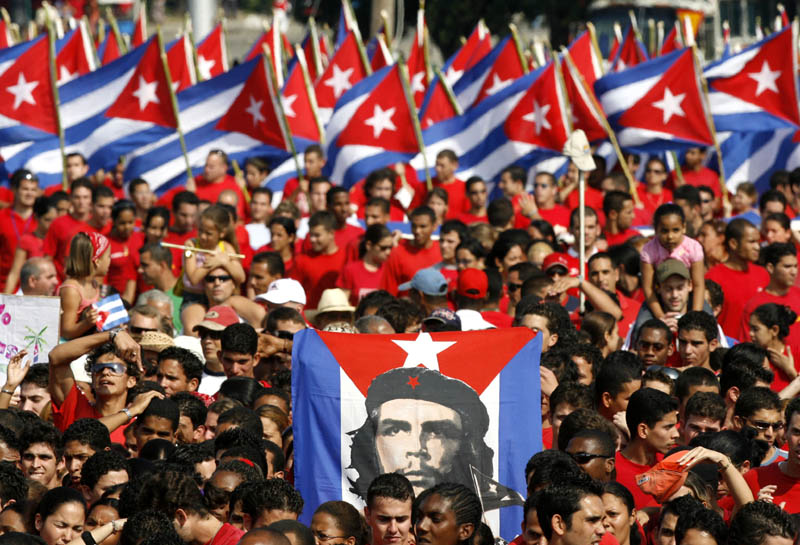 After 53 years without diplomatic relations, the governments of the United States andCuba announced their willingness to resume them and start a process aimed atnormalizing bilateral relations.

The most immediate effect of this agreement was an exchange of prisoners that allowedCuba to recover three of the five heroic fighters against terrorism who had remained in US prisons after the other two had completed their long and unjust sentences and had already returned to their homeland.

"The Five" infiltrated the ranks of Cuban counter-revolutionary organizations based in south Florida and controlled by the CIA. Aware of the risks that this meant for their lives, they were there to monitor the pernicious terrorist plans of these groups and to officiallyinform the government of the United States through the Cuban government, given theinaction of the local and federal law enforcement.

For its part, Cuba freed a mercenary who had been captured in 2009 when –at the service of an American contractor agency for intelligence and subversion missions– hecarried out repeated infiltrations into Cuban territory and engaged in criminal act. He had been given a 15-year prison sentence. An spy for the United States who had spent nearly 20 years in prison and other criminals in Cuban jails whose release was of interest toWashington were also freed.

Obviously, all Cubans, including many living abroad who love their country, received the news joyously. It suggested the end of the most acute period of violent confrontationbetween the superpower and a rebellious people. Cubans have shown that they wouldnever yield to threats or reprisals in the struggle for their sovereign rights.

Let no one think that Cubans will lower their guard against the new, subtle forms of aggression that the US and NATO are now using to weaken those who do not submit totheir designs.

To identify the true feeling of the Cuban people we must recall the words of Fidel Castro's on July 26, 2000 in Santa Clara. Those words apply to the present situation of the relations between Cuba and the United States:

"The theoreticians and soothsayers of imperial policy dream that the Cuban Revolution  –which could not be destroyed through perfidious and criminal procedures– may beshattered by seduction through methods such as what they have called the policy of “people to people contacts”. Well, we are willing to accept the challenge. But they shouldplay fair and cease their conditionings, remove the murderous Cuban Adjustment Act, theTorricelli Law, the Helms-Burton Law, the tens of legal but immoral amendmentsopportunistically grafted onto their legislation; end their genocidal blockade and economic war; respect the constitutional rights of their students, workers, intellectuals, businesspeople and other citizens to visit our country, do business, trade and invest if they wish, without limitations or ridiculous fears, just as we allow our citizens to travel freely and even reside in the US. And then we’ll see if, through those means, they can destroy the Cuban Revolution, which is their ultimate objective.”

In a televised address on December 17, 2014, US President Barack Obama informed thepeople of the United States and world public opinion of his decision to resume diplomatic relations with Cuba.

"Today, the United States of America is changing its relationship with the people of Cuba,the most significant change in our policy in more than 50 years. We will end an outdatedapproach that for decades has not served our interests. We will start to normalize relations between our two countries. "

On that day, President Obama acknowledged that United States hostility toward Cubahad ended up isolating the United States in the international arena. He was probably remembering that, two months before, for the twenty-third year in succession, at the United Nations General Assembly, 188 countries voted against the sanctions imposed by the United States on Cuba, a country which has diplomatic and trade relations with all countries in the hemisphere with exception of the United States.

Of course, the immediacy of the Summit of the Americas in April 2015 in Panama, and the unanimous support of the Latin American countries for Cuba's participation, may have pushed the decision to normalize relations between Washington and Havana, but many see it as a triumph of dignity over arrogance.