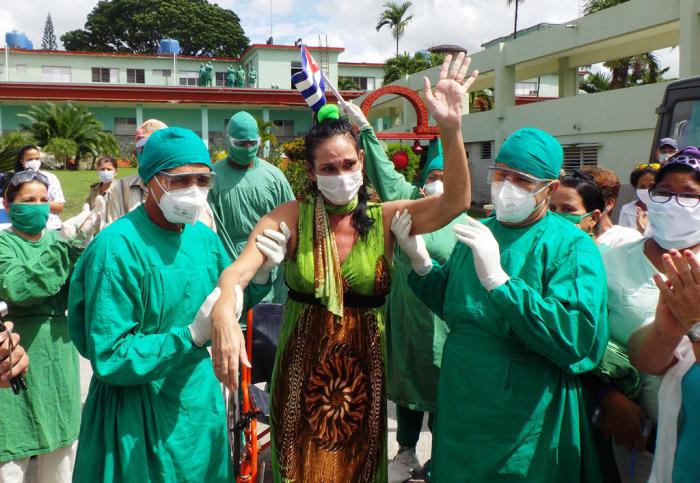 JustGiving has blocked the Cubanos en UK campaign to raise money to buy syringes, to help Cuba’s vaccination campaign against COVID-19. JustGiving has confirmed that its action is due to Cuba being 'one of the countries under sanctions [ from the United States ]'.

Those who donated to the JustGiving campaign will have their donations reimbursed.

Cubanos en UK has set up:

1) an online petition to complain against JustGiving and Crowdfunder UK for participating in the illegal blockade of Cuba. https://www.change.org/cubanosenuk

Statement from MINREX on US 'state sponsors of terrorism' decision 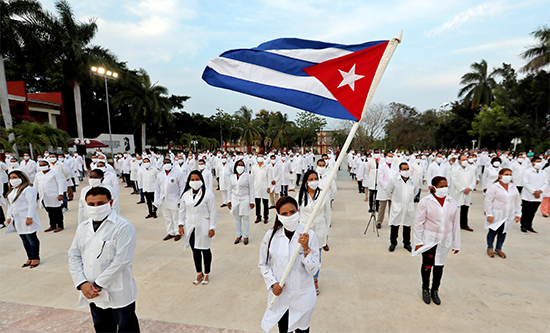 Statement to the press by the Director General of United States Affairs of MINREX, Carlos Fernández de Cossío, on the decision of the United States government to include Cuba on the list of State sponsors of terrorism.

As explained yesterday, the Ministry of Foreign Affairs condemned in firm and absolute terms the qualification of Cuba as a state sponsor of terrorism by the government of the United States and the inclusion of our country on a State Department list. 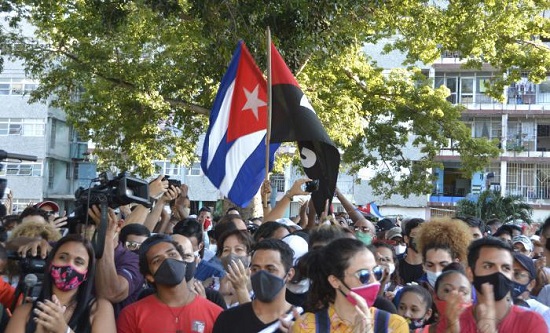 Video: protest at Trafalgar Square against the blockade, December 2020 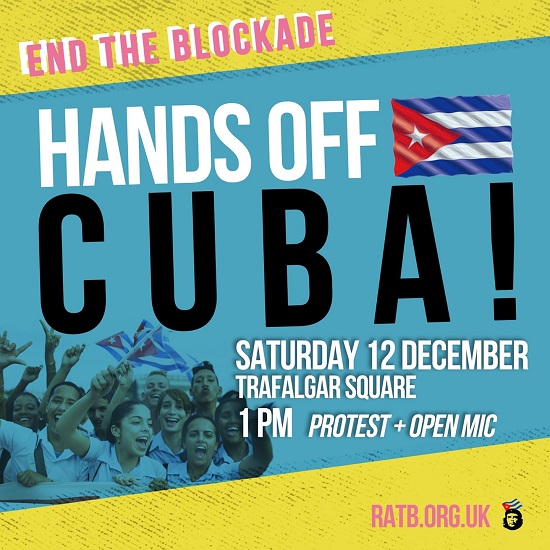 For over 60 years, the US has imposed an illegal and genocidal blockade on socialist Cuba. US imperialism has attempted to overthrow the Cuban revolution ever since its triumph in 1959, using political, economic and terrorist attacks. 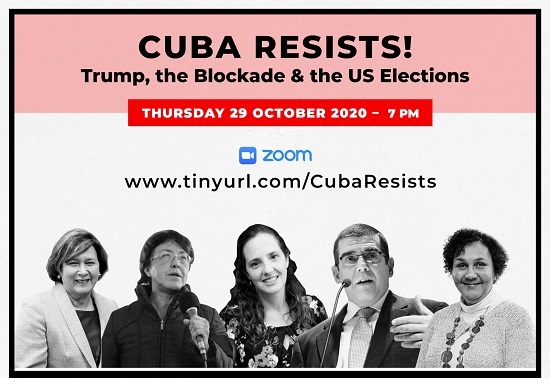 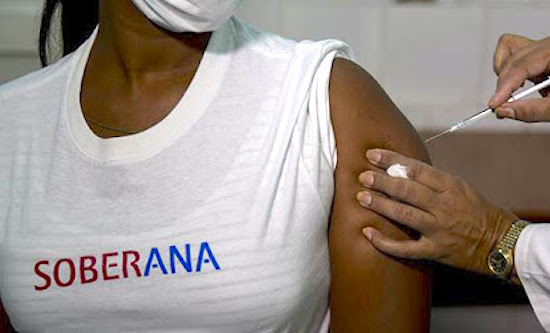 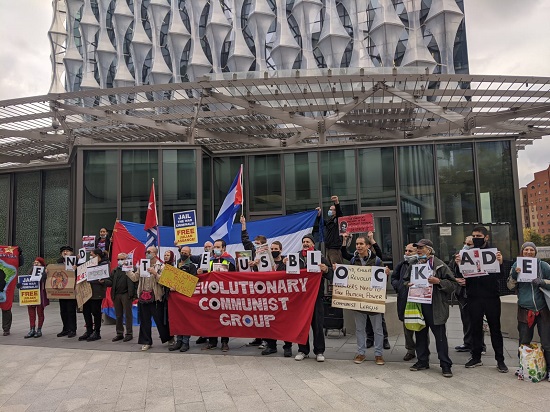 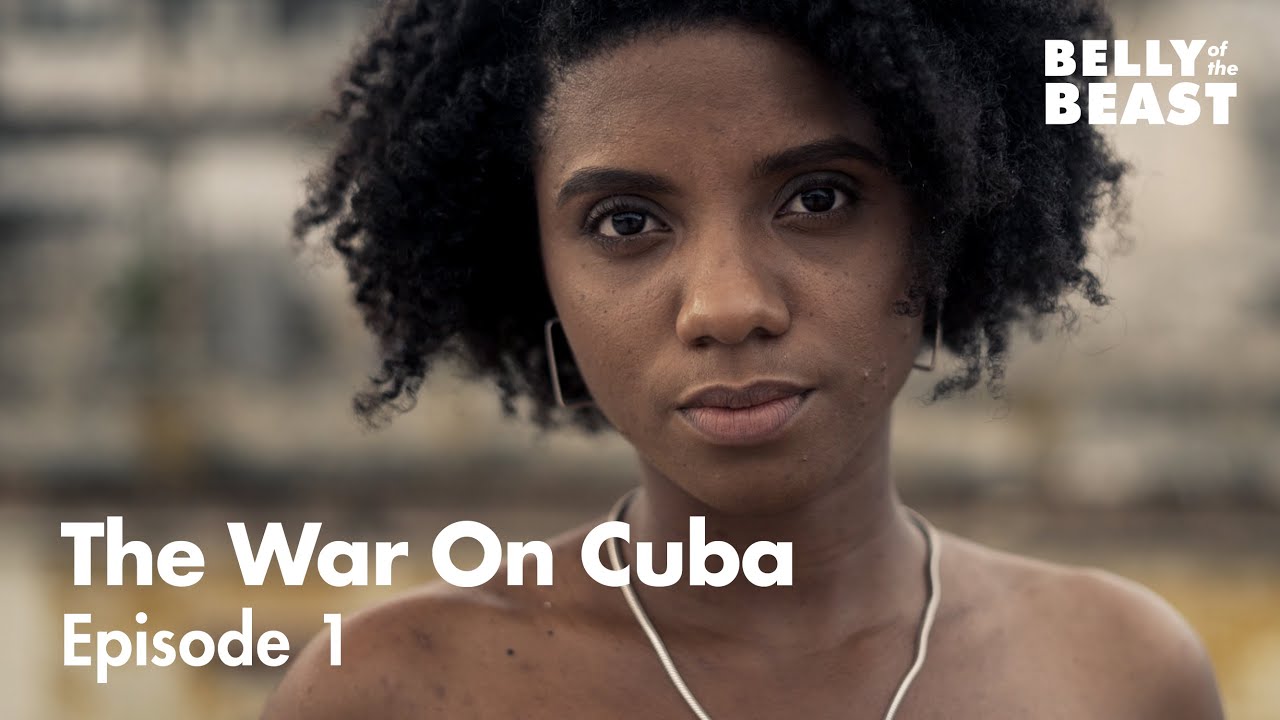