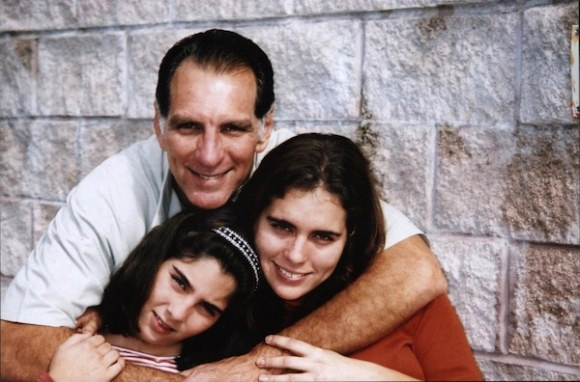 Rene’s real crime, like that of his co-defendants (Gerardo Hernandez, Antonio Guerro, Ramon Labanino, Fernando Gonzalez), was defending Cuba against acts of terrorism planned, financed and launched by Cuban exile groups in Miami; groups with well documented links to the US government agencies. The conditions imposed by Federal Court Judge Lenard on Friday 26 September 2011, force Rene to reside in Miami for three years, without returning to Cuba to be with his wife (who has been permitted to visit him just once by US authorities) and two children.

Rene was born in the United States in 1956, but returned to Cuba as a child just after the Cuban Revolution in 1961. He became a pilot and flight instructor. Between 1977 and 1979 he was among thousands of Cuban combatants who fought for the national liberation of Angola and against the racist apartheid regime of South Africa. In 1990, at the request of the Cuban government, Rene returned to the United States to gather information in order to prevent terrorist plots against Cuba.

The Cuban Five had no guns and no explosives. They were not after classified information or threatening US national security. They were gathering information and evidence from terrorist networks about actions planned and launched from US soil. In the 1990s more than 200 attacks were launched from Miami, many of them targeting Cuba’s expanding tourist industry. In 1998, Cuba handed the FBI a mountain of evidence compiled by the Cuban agents from the terrorist networks in Miami. That information made it possible to successfully prevent 170 attacks against Cuba, including a plan to blow up aeroplanes filled with Cuba-bound tourists from Europe and Canada. Instead of acting on the information to break the terror networks, the FBI arrested the Cuban agents.

The utter hypocrisy of the US judiciary is emphasised by the conditions established for Rene’s ‘supervised release’, which prohibit him ‘from associating with or visiting specific places where individuals or groups such as terrorists, members of organizations advocating violence, organized crime figures are known to be or frequent.’ In other words, the court can identify where terrorists and criminals hang out in Miami, but rather than arrest and put them on trial, it warns Rene, a US-citizen who has actively opposed terrorism, not to disturb them. So much for the war on terrorism!

Perversely, while warning Rene to stay away from these groups and individuals, the court will not permit him to do the only thing which would secure his safety – return to Cuba. The conditions force him to remain in the same city as the terrorists he was monitoring, where the ‘show trial’ took place, during which journalists were paid by the US government to secure a conviction, and which has a powerful right-wing Cuban exile population. Among Miami’s Cuban exile residents is Luis Posada Carriles, an ex-CIA agent, responsible for bombing a Cuban civilian aeroplane in 1976, killing all 73 persons aboard, and the bombing of hotels and restaurants in Havana in 1997. Carriles recently reaffirmed his support for further violence against Cuba.

‘Why is the Court putting Mr Gonzalez’s safety at risk by forcing him to live for the next three years side by side with the very terrorists that he tailed as an unregistered Cuban agent?’ demands José Pertierra, an attorney representing the Venezuelan government’s extradition case against Carriles.

Terrorism against Cuba has cost the lives of 3,478 Cubans and permanently maimed another 2,099. Rene’s life is at risk if he is forced to remain in Miami. Judge Lenard, who issued the ‘supervised release’ has justified her decision by stating that if Rene returns to Cuba she won’t be able to assess whether the US public ‘will be protected from further crimes of the defendant’. But as Pertierra responds: ‘His only “crime” was failing to register as a foreign agent.’ Absurdly, Judge Lenard also claims more time is needed to ‘provide the defendant with needed educational or vocational training, medical care, or other correctional treatment in the most effective manner’. This is nonsense. Rene has declared his intention to renounce his US citizenship and return to live in Cuba with his family, he does not need to be ‘reintegrated’ into US society. Pertierra adds: ‘As for medical care, he will have access to the best medical care in Cuba and it will be available at no expense to the United States or to himself.’

Judge Lenard’s decision allows Rene to re-file his motion to return to Cuba at a later time ‘should circumstances warrant modification’. Pertierra asks: ‘What circumstances could she be waiting for? For a terrorist to take a potshot at Rene?’

However, for right-wing Cuban-exile community even this ‘supervised release’ is too generous. Miami Republican Congresswoman Ileana Ros-Lehtinen, Chairman of the US Senate’s Foreign Affairs Committee, condemned Rene’s release stating on 3 October that: ‘He has American blood on his hands and dedicated his life to harming our country on behalf of a regime that is a state sponsor of terrorism.’ This from a woman who just weeks ago called for Cuba to be attacked Libya-style; an attack which has so far cost the lives of 50,000 to 60,000 Libyans. 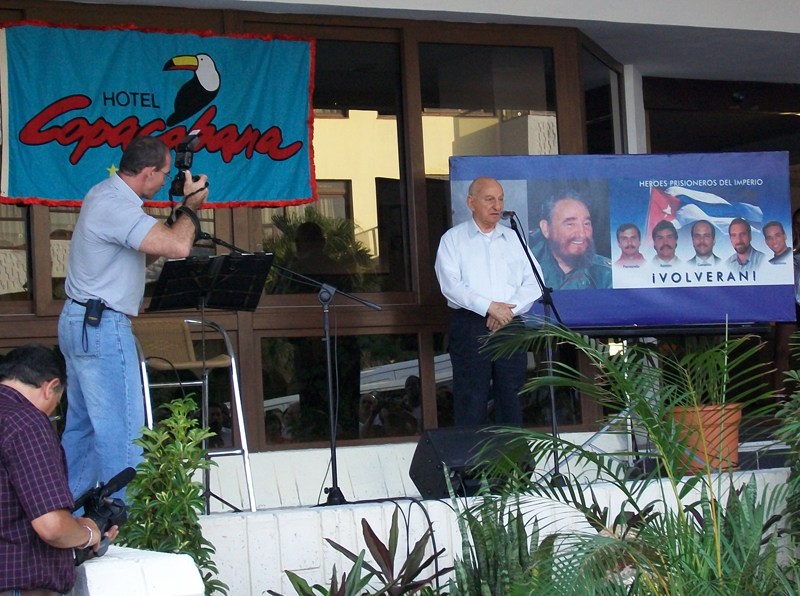 Guistino di Celmo, speaks at the 14th anniversary of the bombing which killed his son, Fabio.

In early September, RATB activists participated in two anti-terrorism events in Havana. The first, on Saturday 10 September, commemorated the 14th anniversary of the murder of Italian tourist Fabio di Celmo, killed in the 1997 explosion at the Copacubana hotel in Havana. Guistino di Celmo, Fabio’s elderly father thanked the Cuban people for remembering his son and complained that, years after the terrorist act which took his son’s life, the US press continues to report the lie that Cuba supports terrorism, while the Cuban Five remain in US prisons for combating terrorism. Magalys Llort, mother of one of the Five, presented Guistino with a plaque in homage to his son made by Gerardo Gonzalez, another one of the Cuban Five. 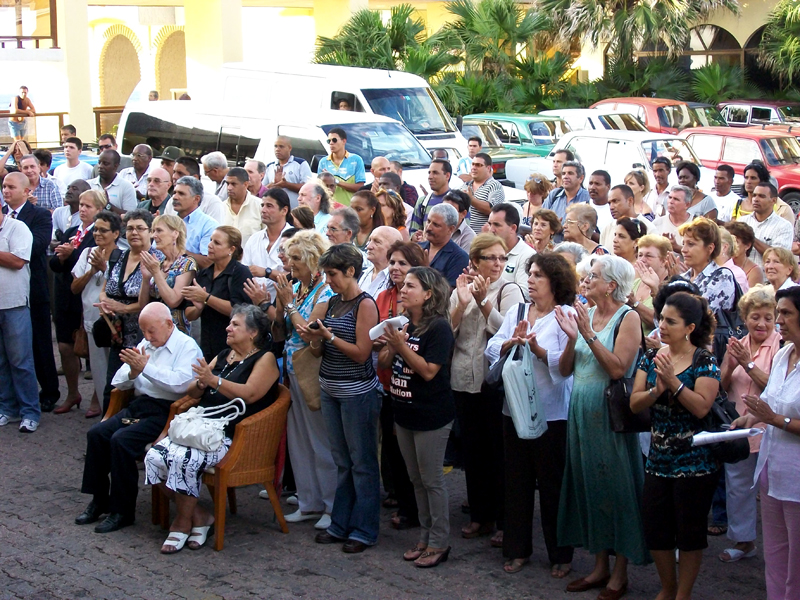 Guistino di Celmo and families of the Cuban Five outside the Copacubana hotel on 14th anniversary of the 1997 bombing which killed Fabio di Celmo.

Two days later, RATB joined thousands of representatives of Cuba’s grassroots organisations, cultural organisations, military, foreign diplomats, foreign students and Cuban workers in a cultural event to honour the Cuban Five, whose poems and letters were put to music. President of Cuba’s National Assembly, Ricardo Alarcon, condemned the conditions imposed on Rene Gonzalez’s ‘supervised release’ and pointed out that the case of the Cuban Five proves the US government is complicit with terrorist groups in Miami.

Rock around the Blockade joins international condemnation of this cruel and unusual punishment meted out to Rene and the Cuban people who are waiting to welcome him home. We demand the full, immediate and unconditional release of the Cuban Five and the trial of those terrorist plotters and supporters in the United States, including all those in US government agencies.

Message to RATB from RENE GONZALEZ - celebrating 50 years of revolution