Despite this, HSBC has been obstructing financial transactions and UK bank accounts which either engage with Cuba or refer to Cuba. For example, HSBC 'inhibited' the account of Cubanos En UK, a community association raising funds to send medical equipment to Cuba. After this was denounced publicly and protests announced to take place on 30 April around Britain, HSBC unblocked Cubanos En UK’s account with an apology. However, Cuba remains on the bank's sanctions list and no assurance was offered that Cuban’s bank accounts would not be suspended again – so the protests went ahead. 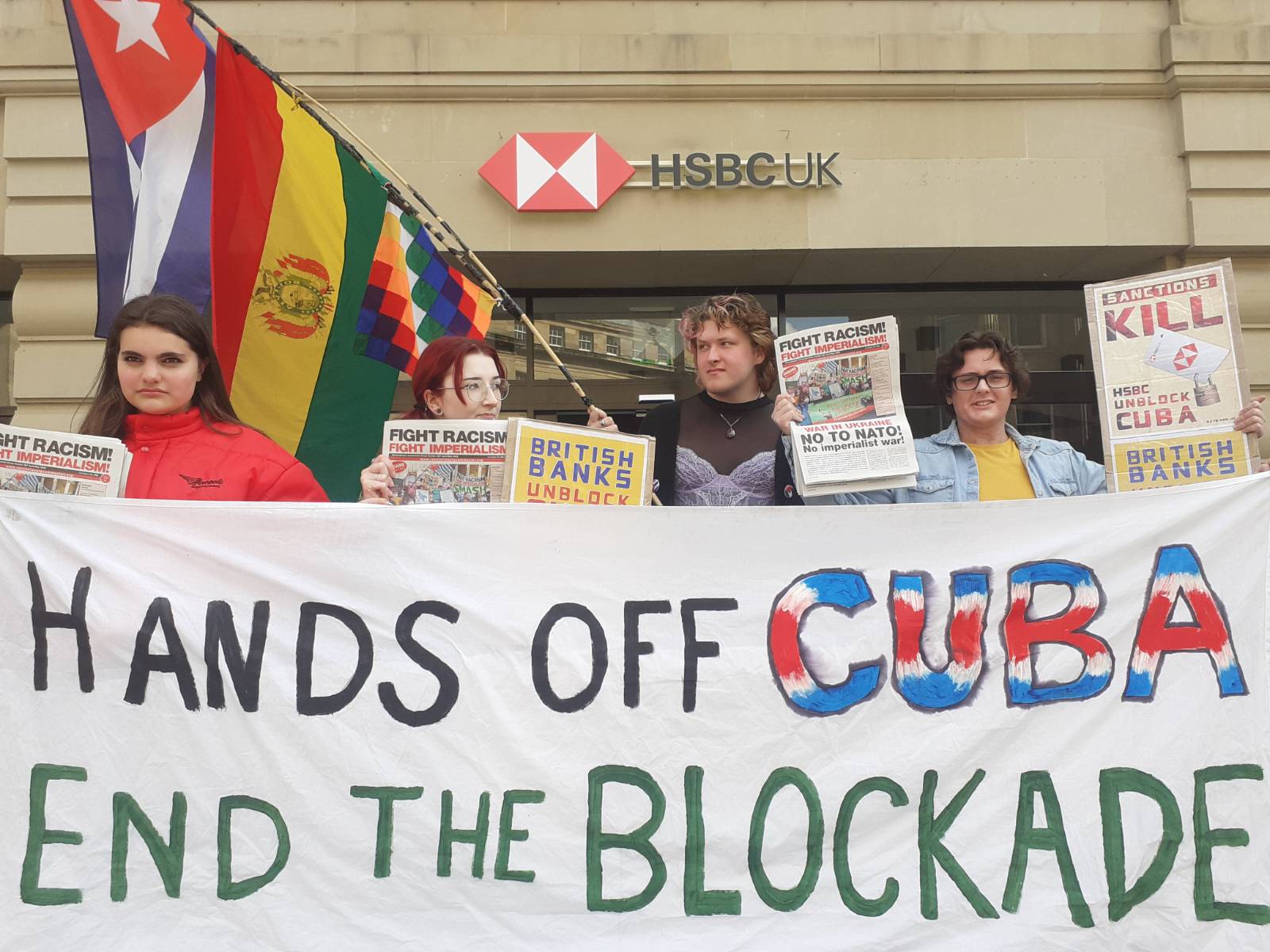 In London, a theatrical spectacle was organised to grab the attention of the public: actors dressed as Uncle Sam and Lady Britannia appeared at the HSBC branch and loudly declared the reality of British and US imperialist collaboration against Cuba. Slogans on placards and speeches decried ‘Sanctions are war!’ and promised ‘If you blockade Cuba, we’ll blockade you!’ The picket was supported by Cubanos En UK. 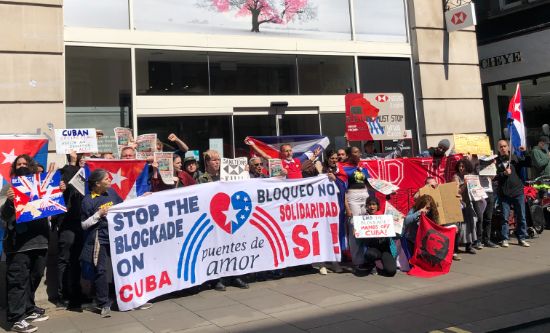 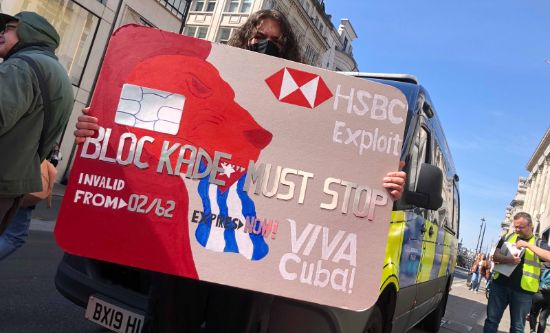 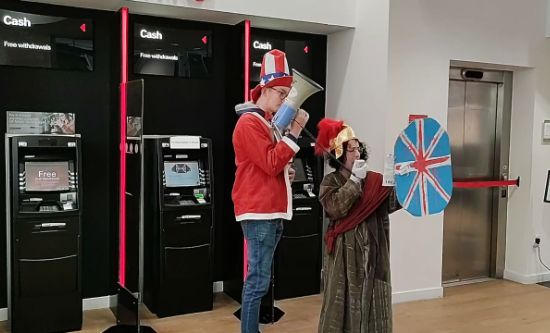 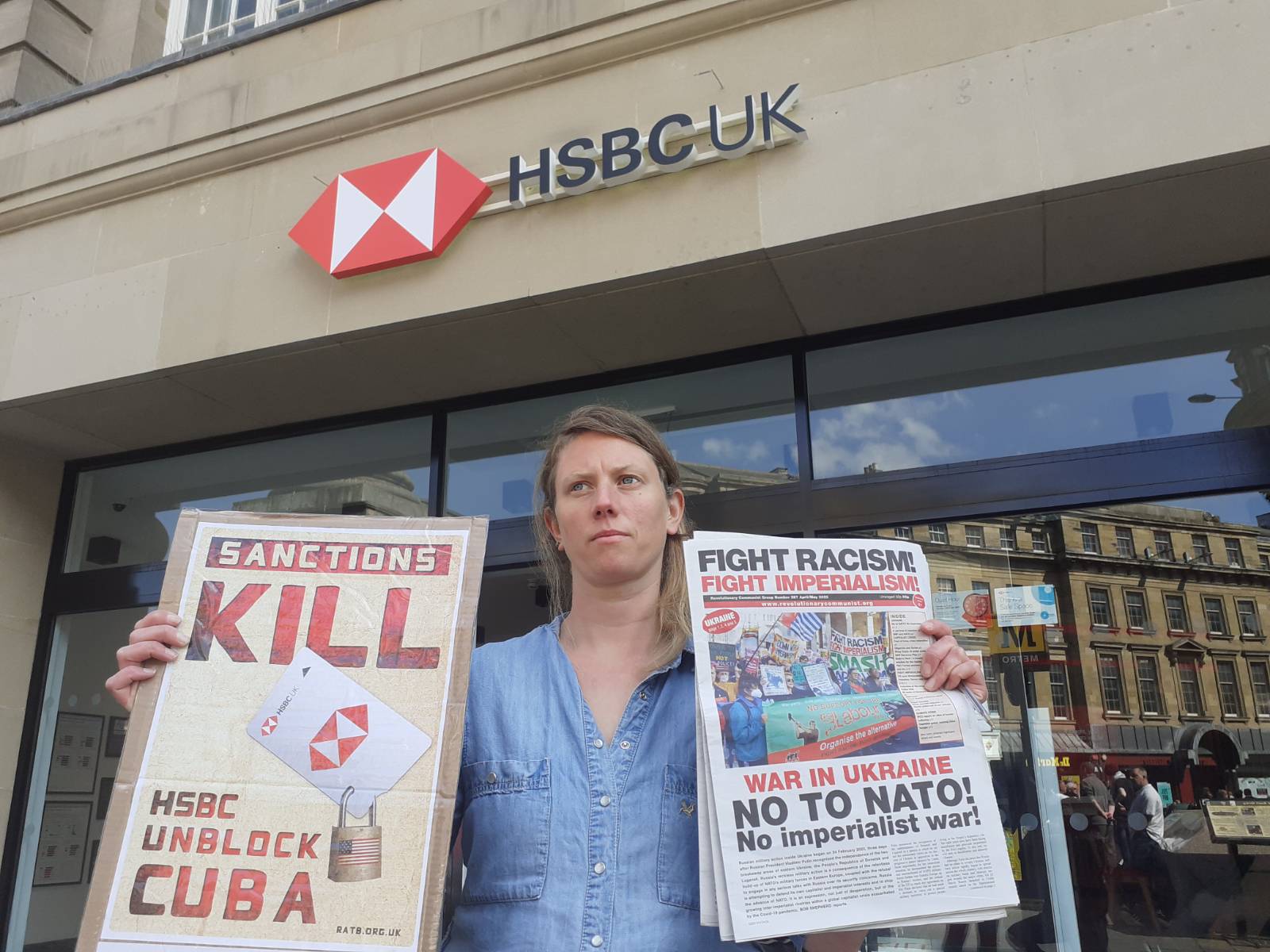 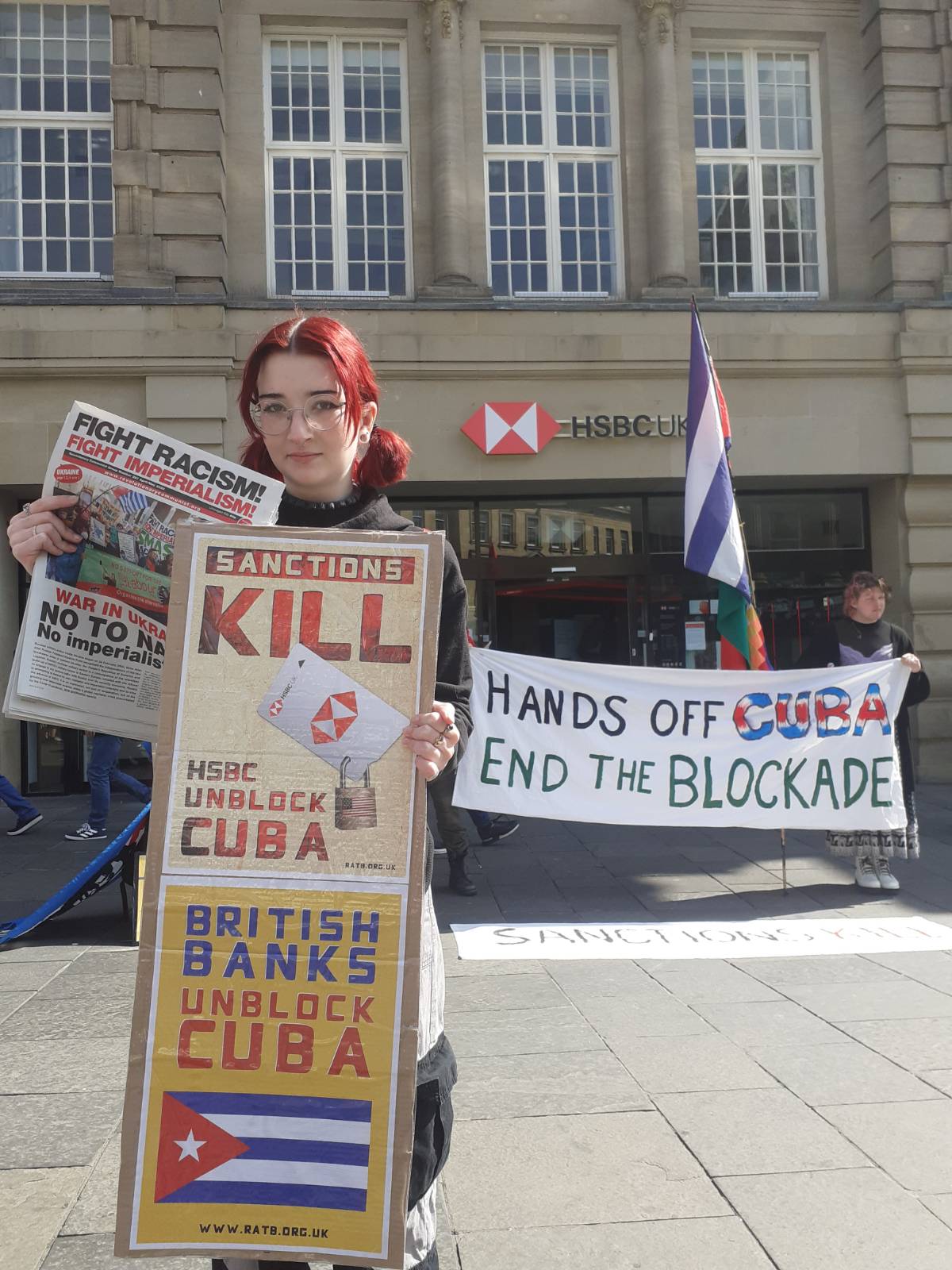 Supporters from Liverpool held a large banner outside the HSBC branch declaring "YOU BLOCKADE CUBA, WE BLOCKADE YOU!" and set up a table inside the branch to bring the message of the protest directly to HSBC customers! 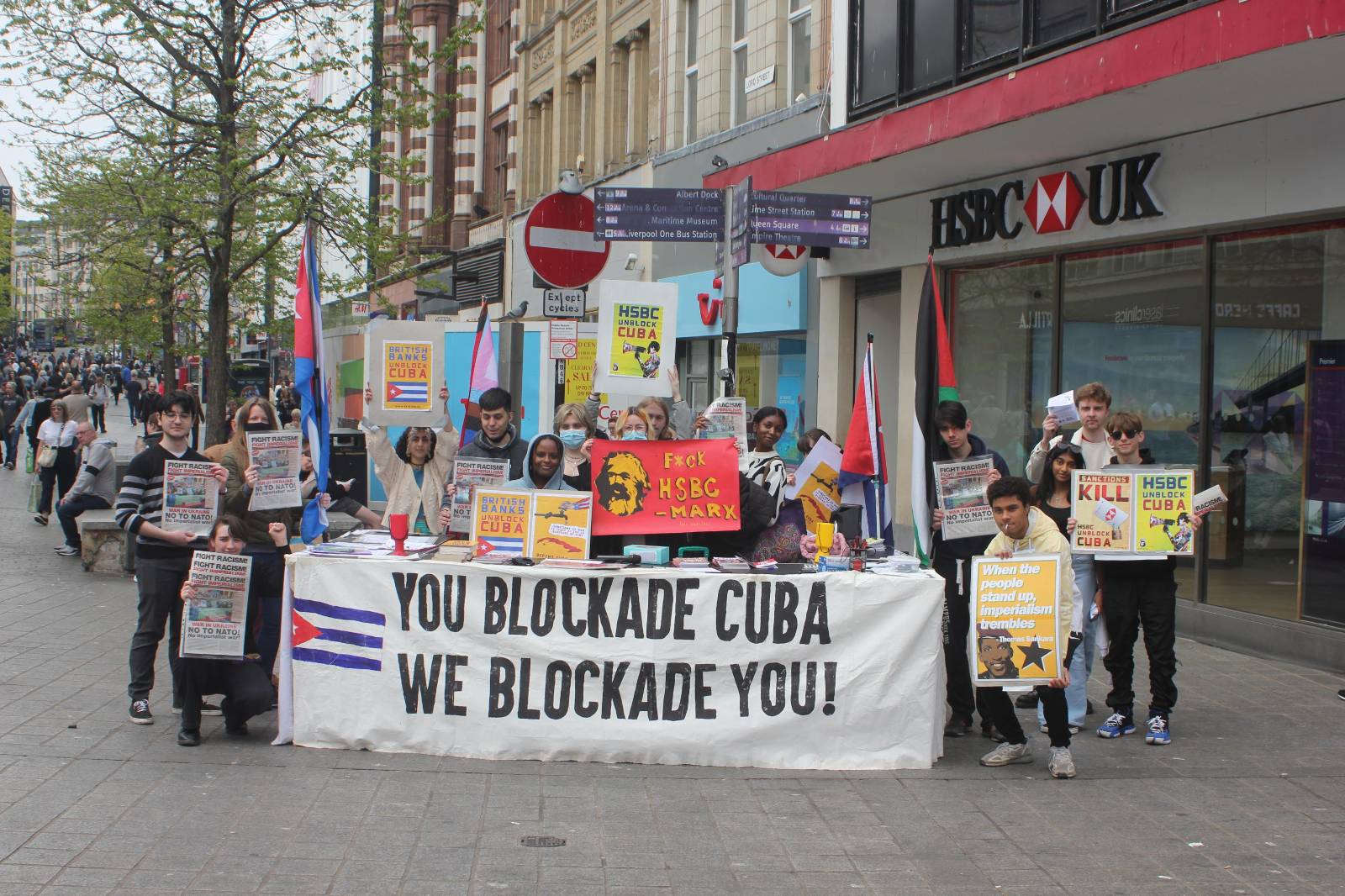 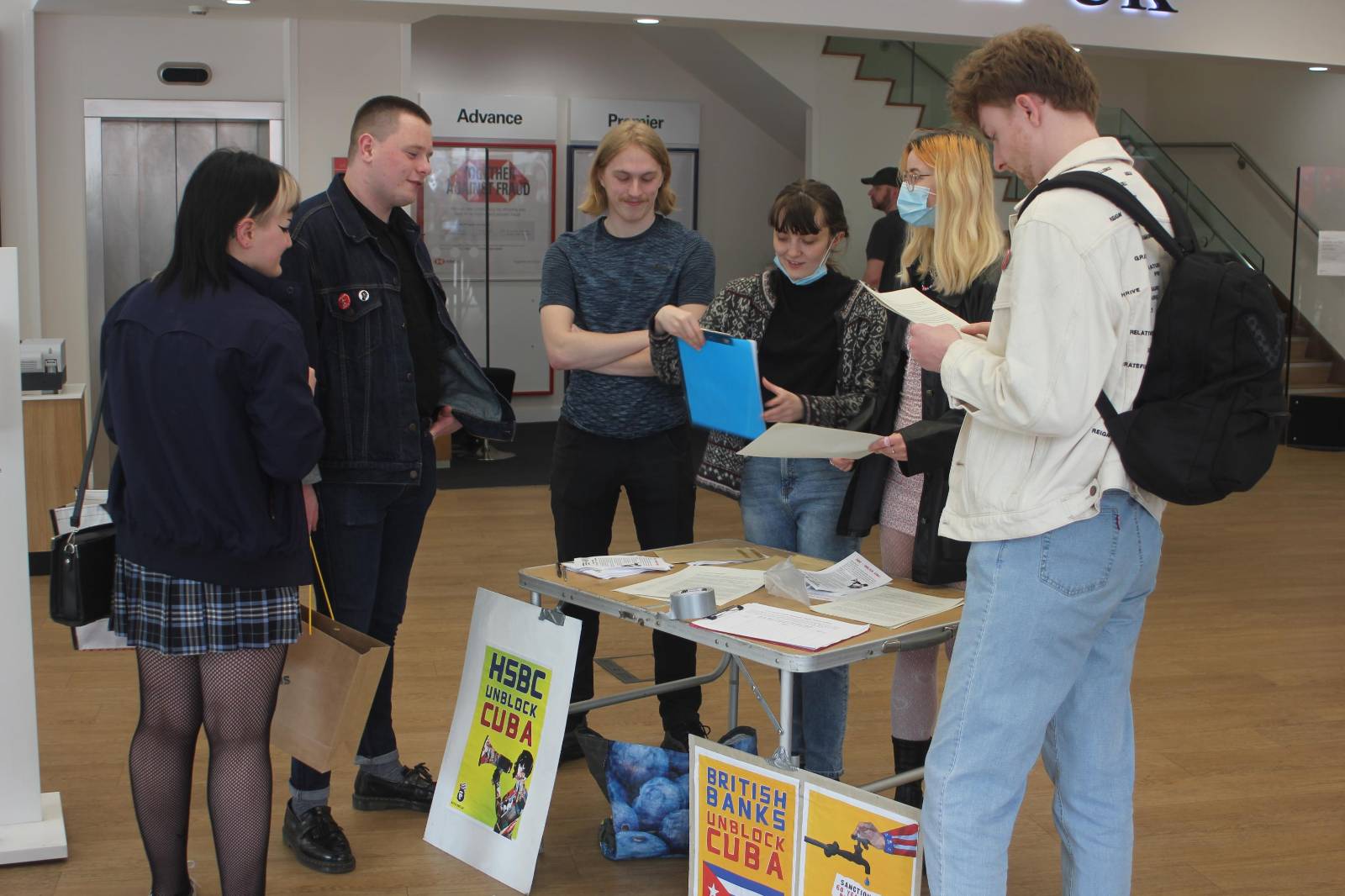 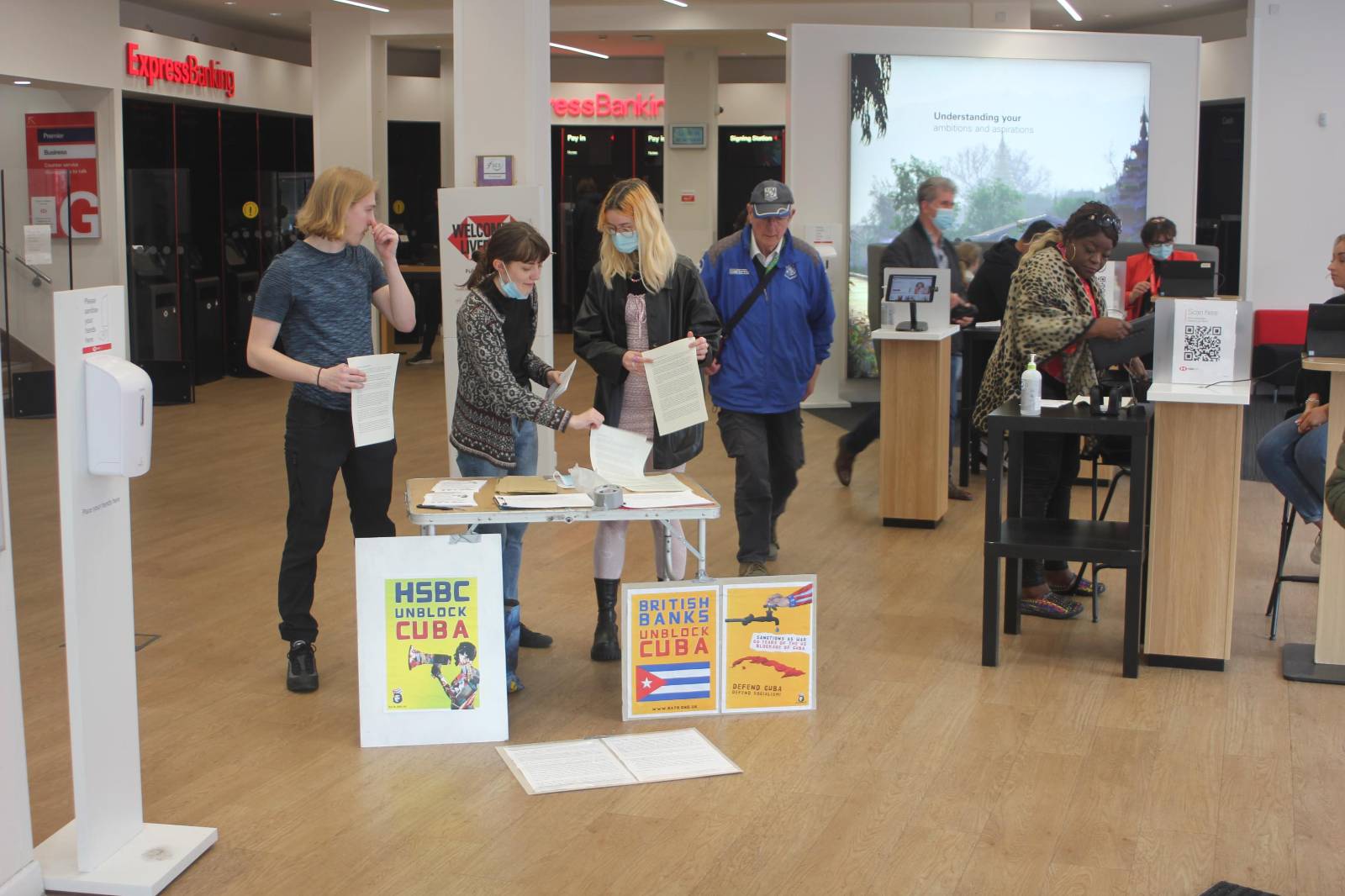 "Activists from Glasgow Rock around the Blockade, held a stall outside HSBC on Saturday 30 April to demand that the bank remove Cuba from its list of sanctioned countries and stop enforcing US unilateral sanctions against the island, an action that is illegal under UK law. We spoke to HSBC customers, who took leaflets and submitted letters of complaint to the bank management. We will be back to demand that HSBC unblock Cuba!" 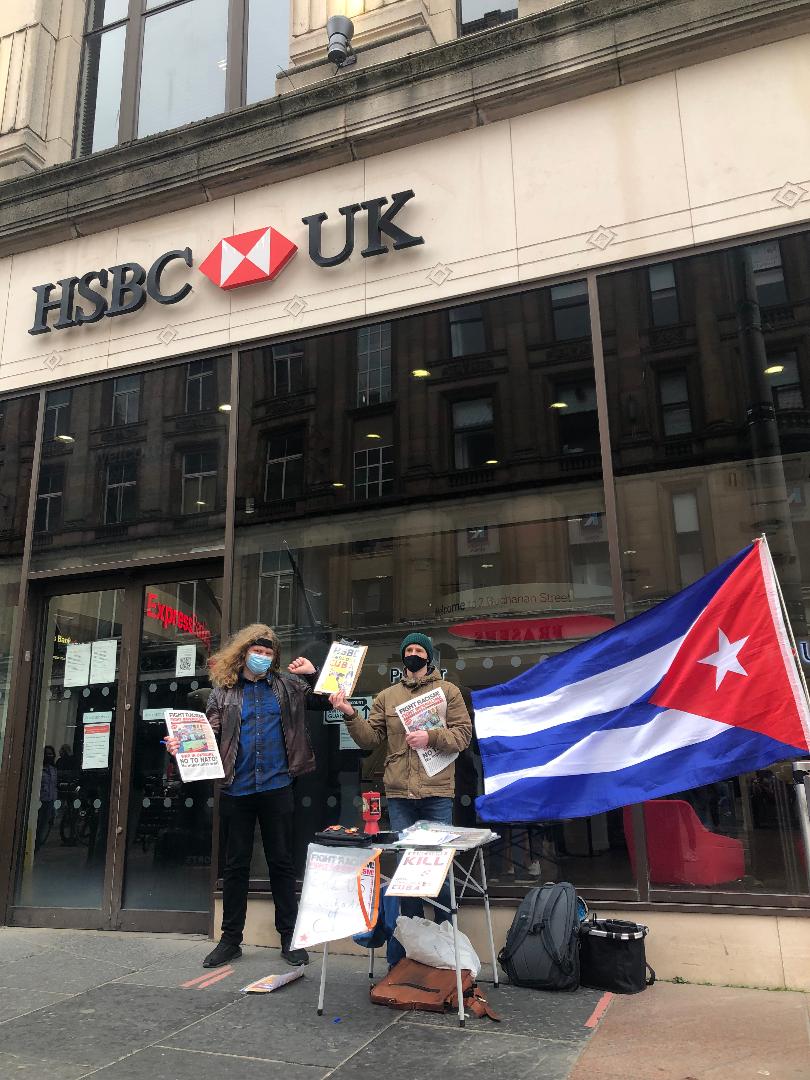 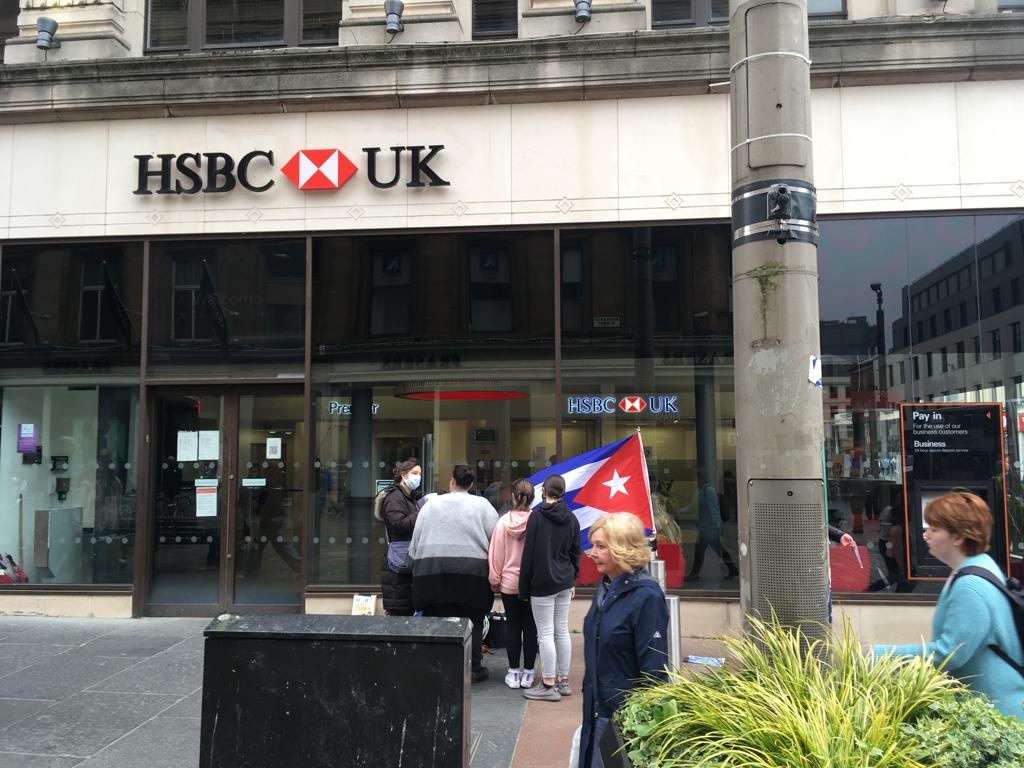 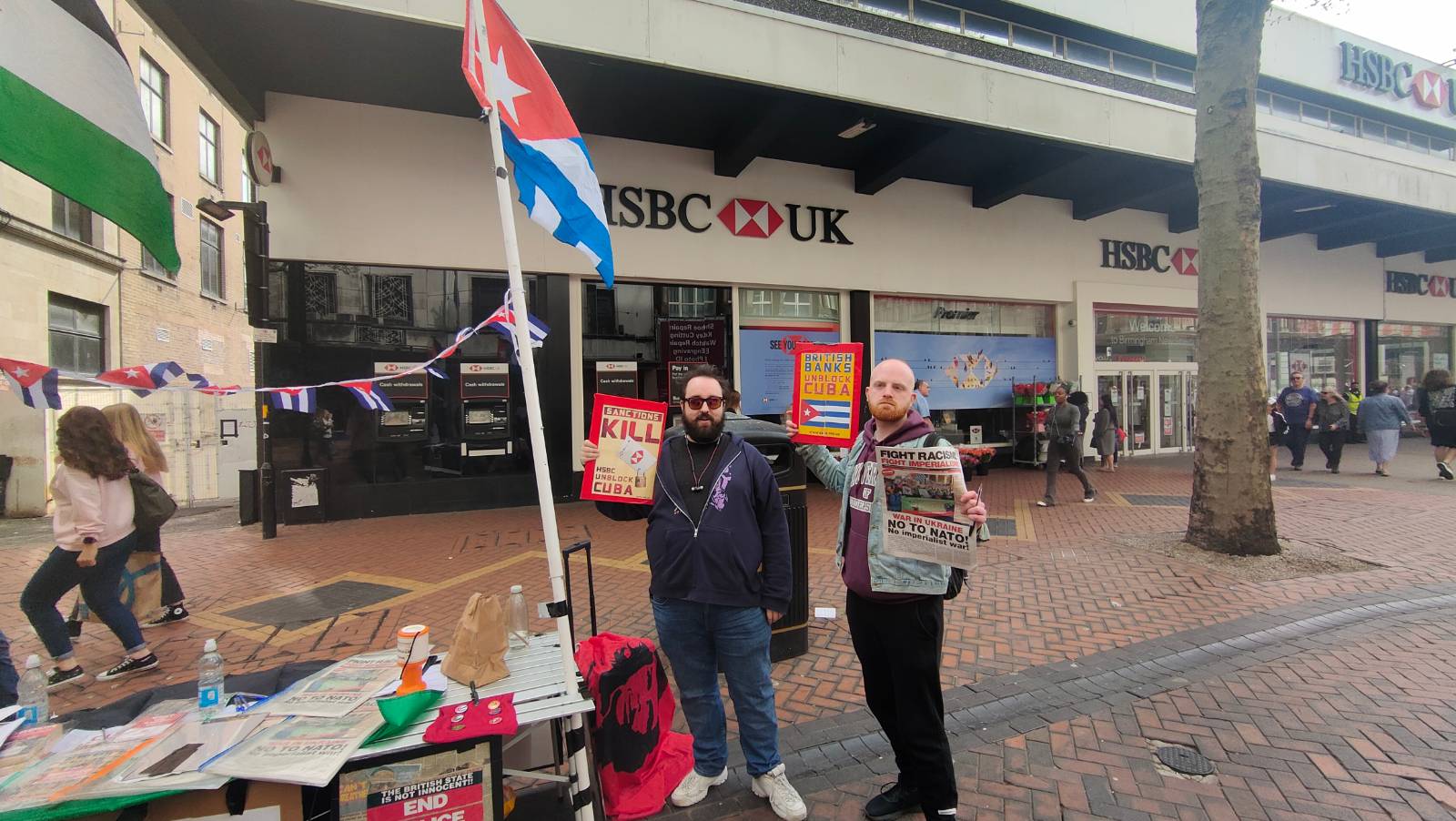 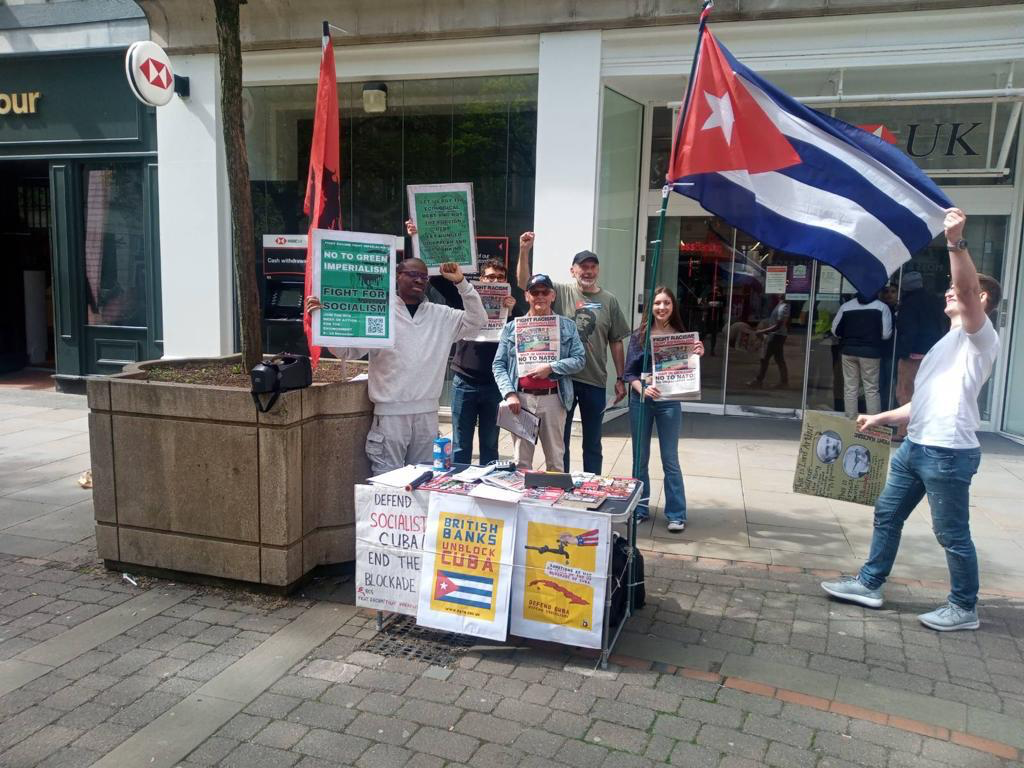 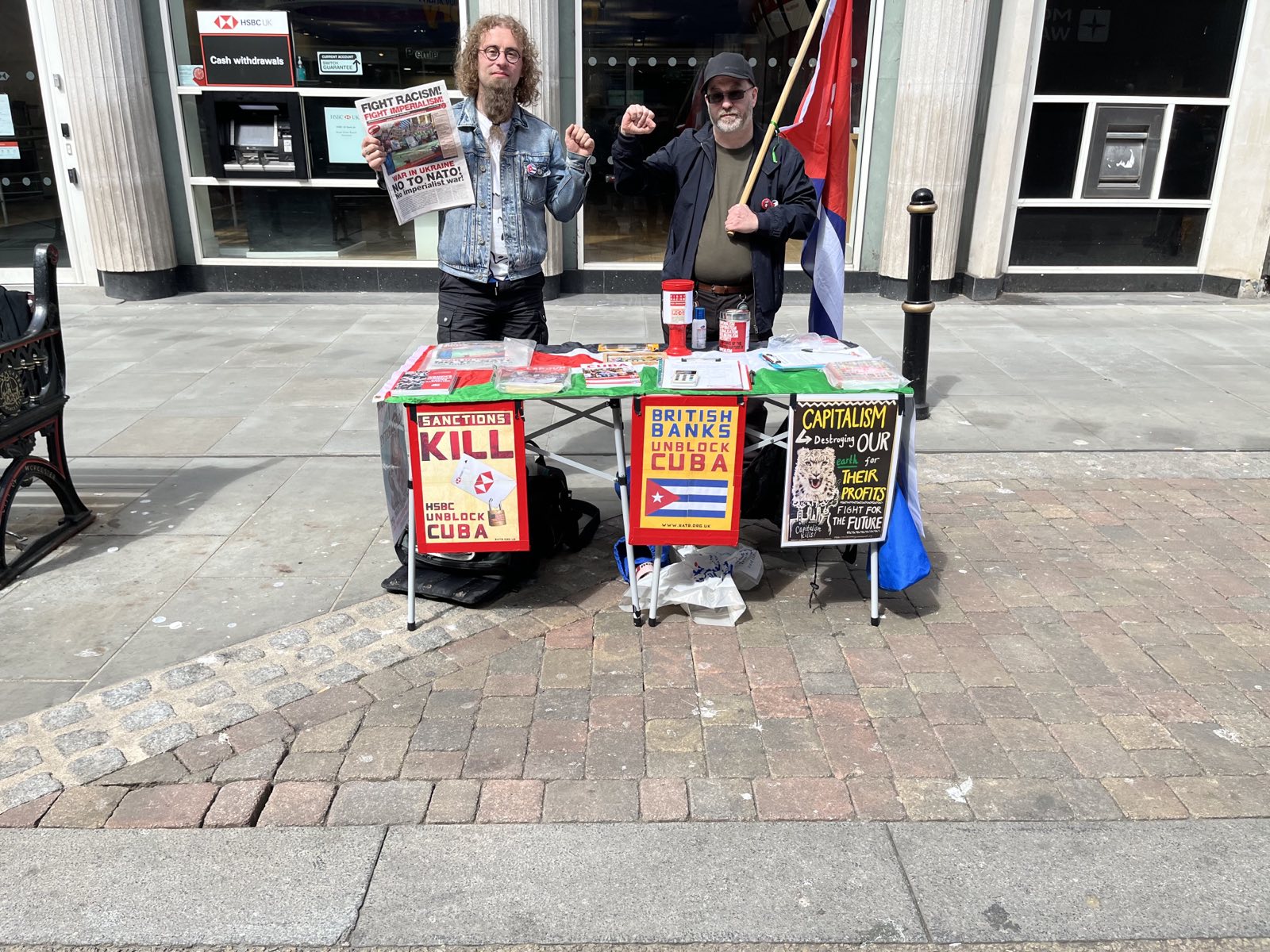