Cuba caravana protests the effects of the blockade on Cuban youth

Our participation in the monthly caravan protests against the US blockade of Cuba continued this month. These monthly demonstrations show support for Cuban socialism and the world's opposition to the genocidal US blockade. This month, activists from Rock Around the Blockade and the Revolutionary Communist Group continued their efforts to show solidarity with Cuba in the face of the US blockade, focussing on the effects that the blockade has on young Cubans. Get in touch if you'd like to participate in the activities next month! Here are some photos and videos from around the country: 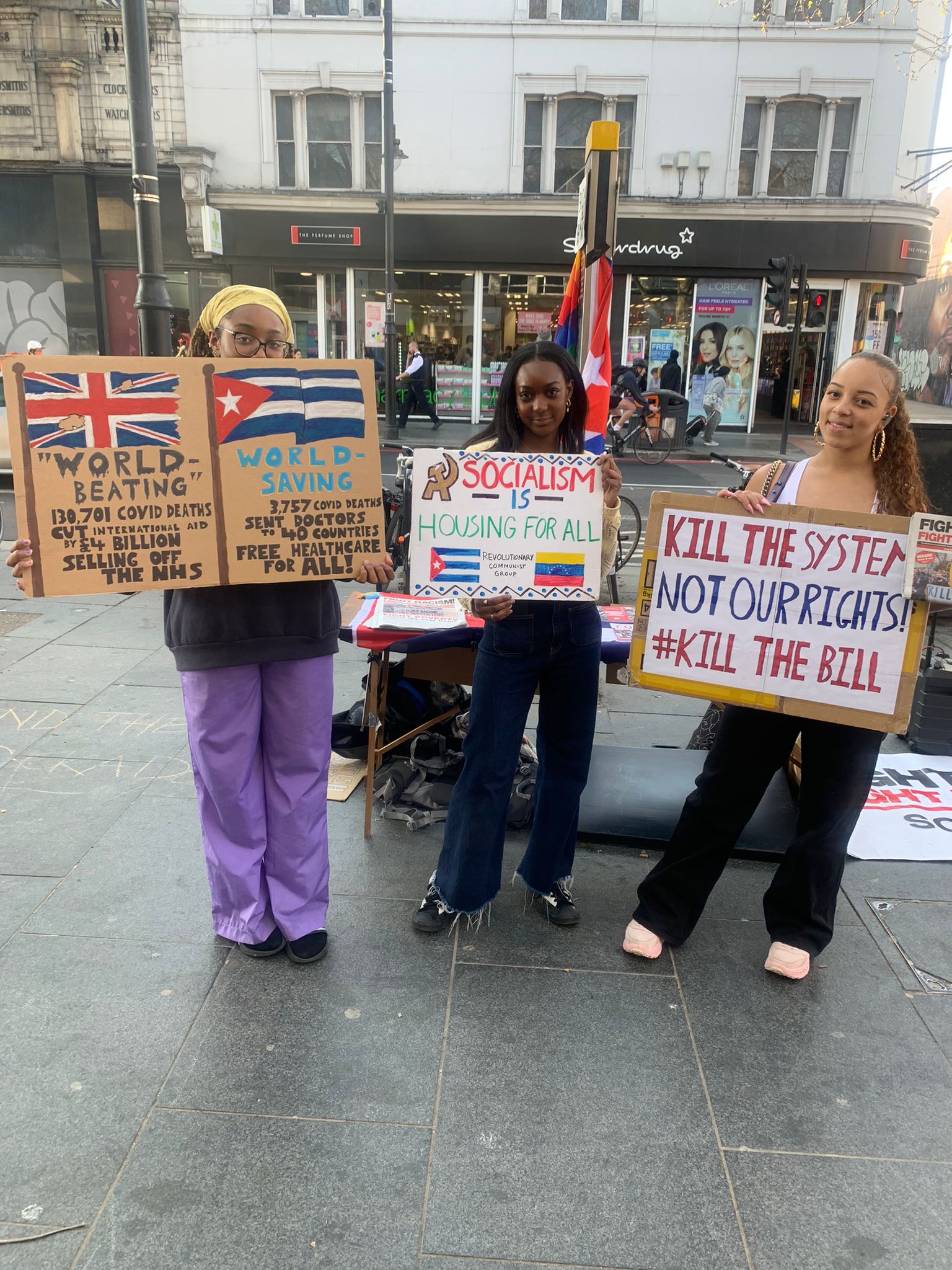 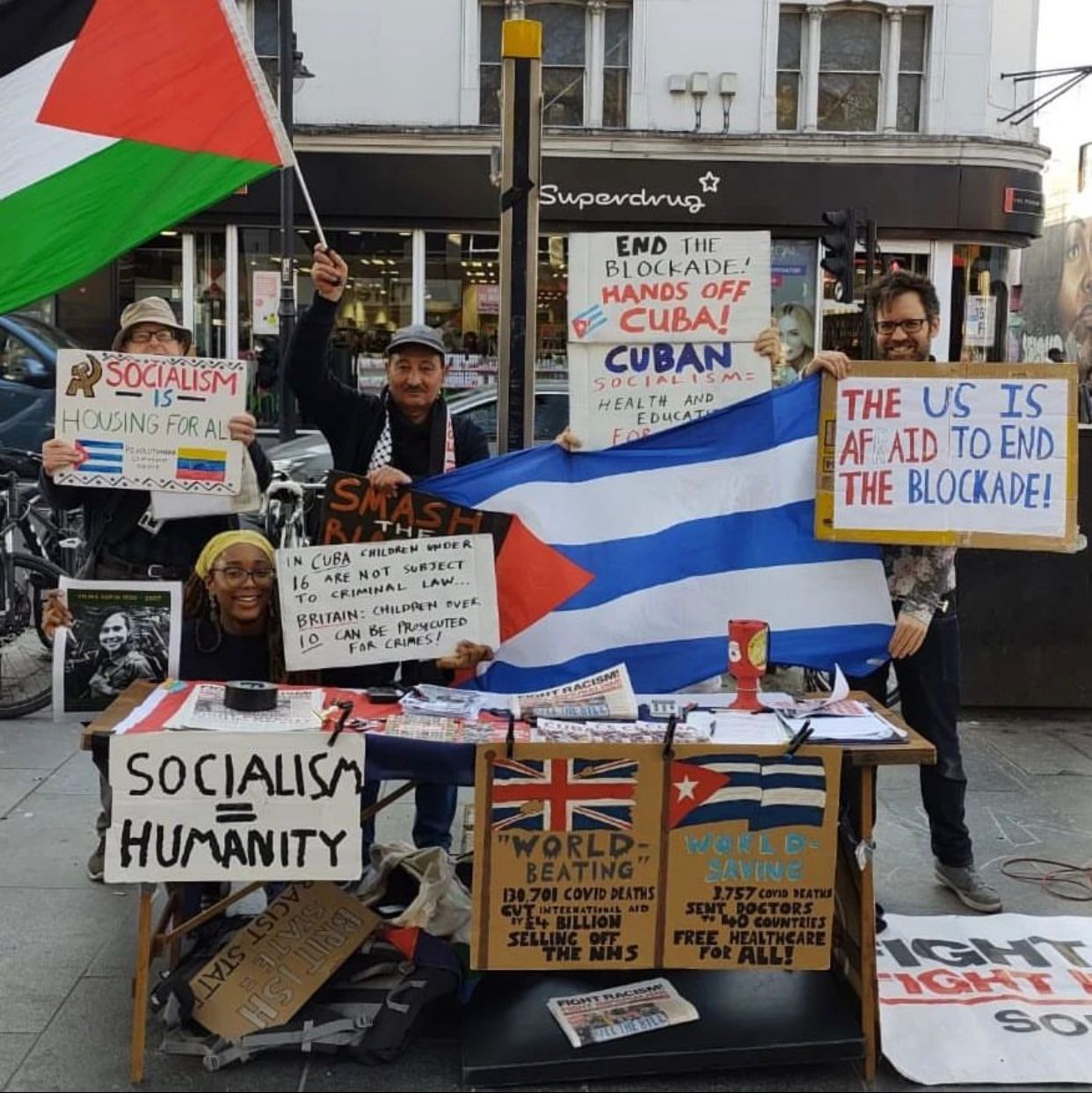 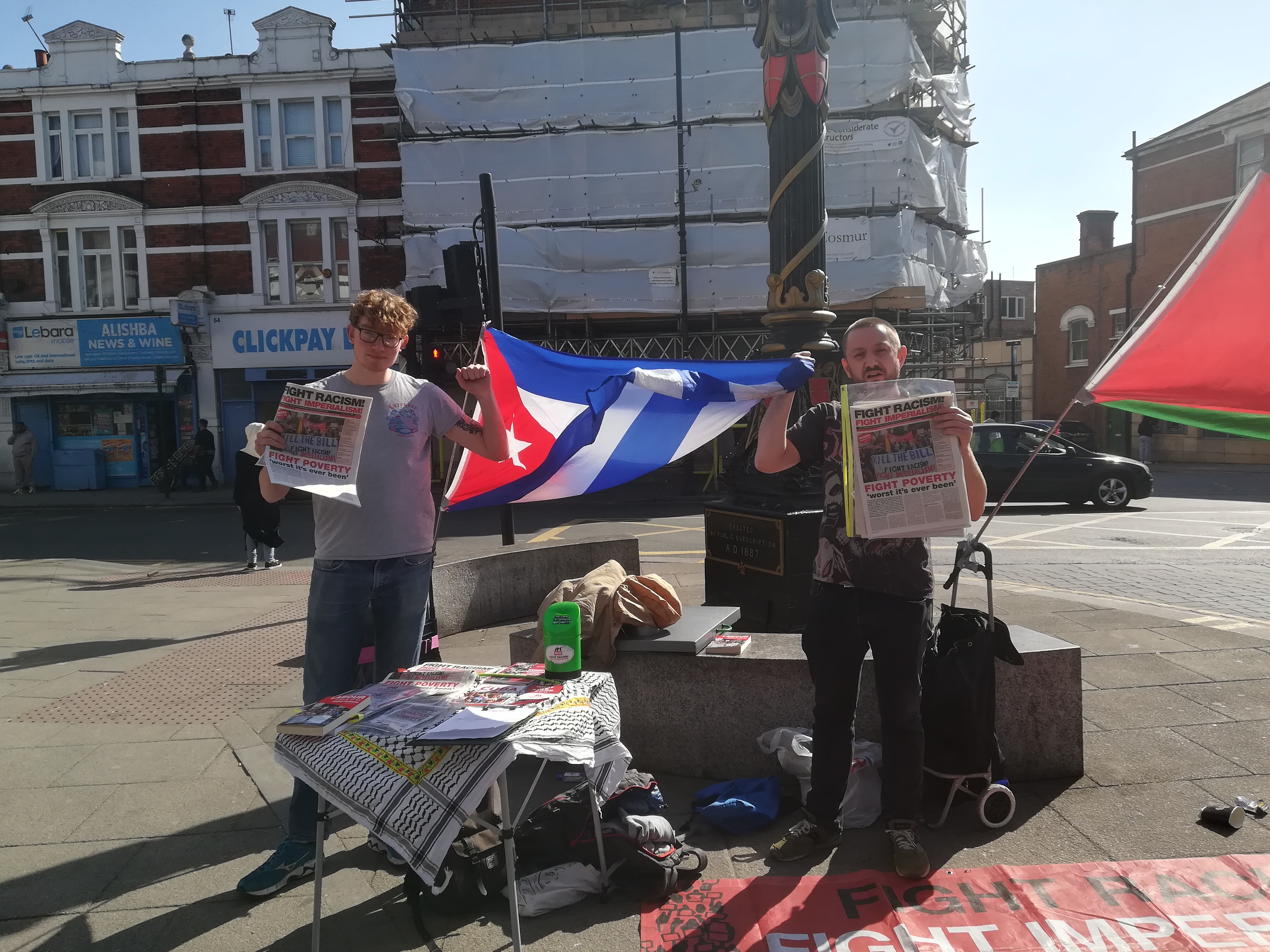 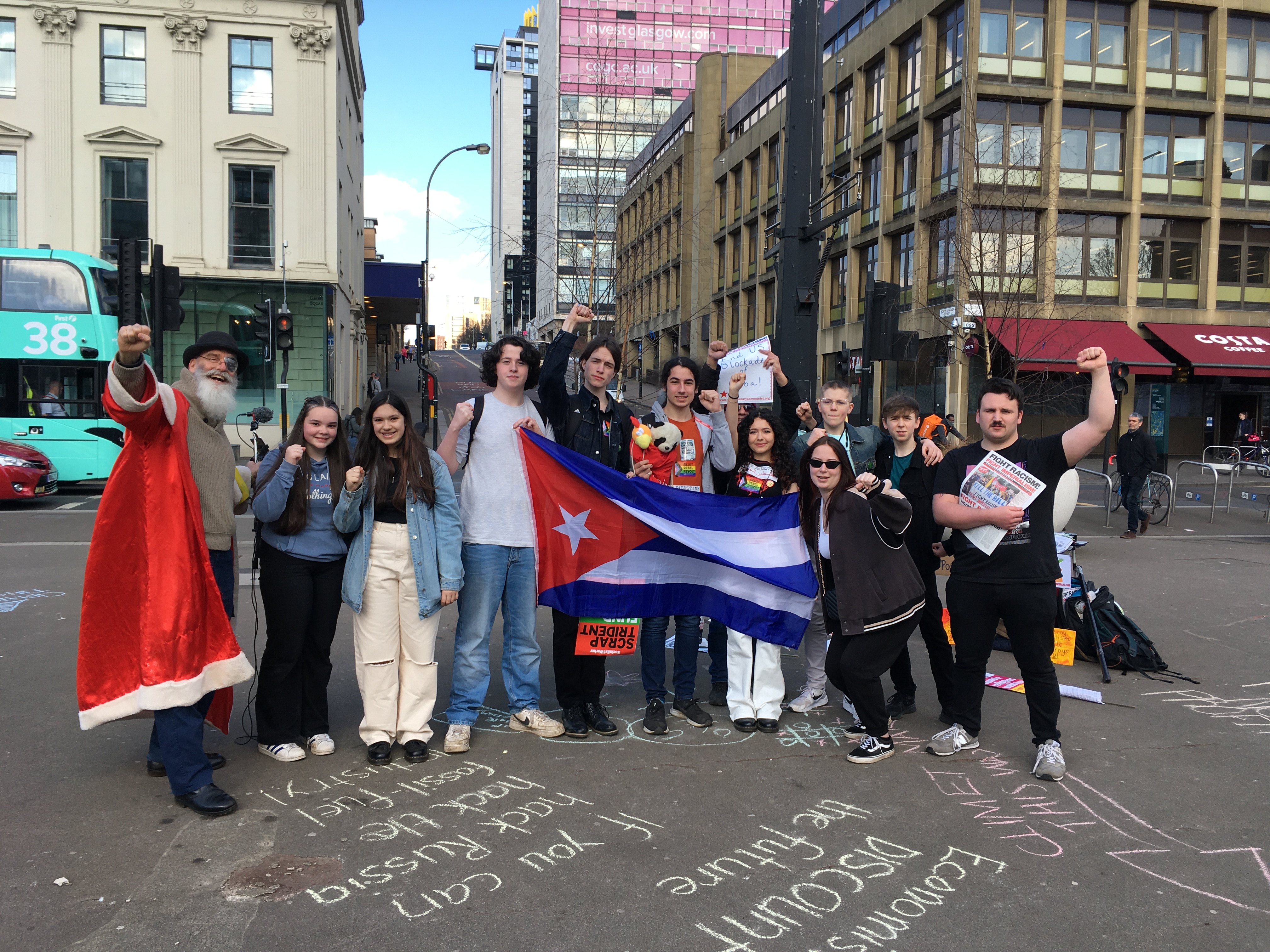 On 25 March, Fight Racism Fight Imperialism and Rock Around The Blockade supporters joined with others on the Global climate strike in George Square, Glasgow, Scotland, to send solidarity to the Cuban youth against the US Blockade.
Newcastle 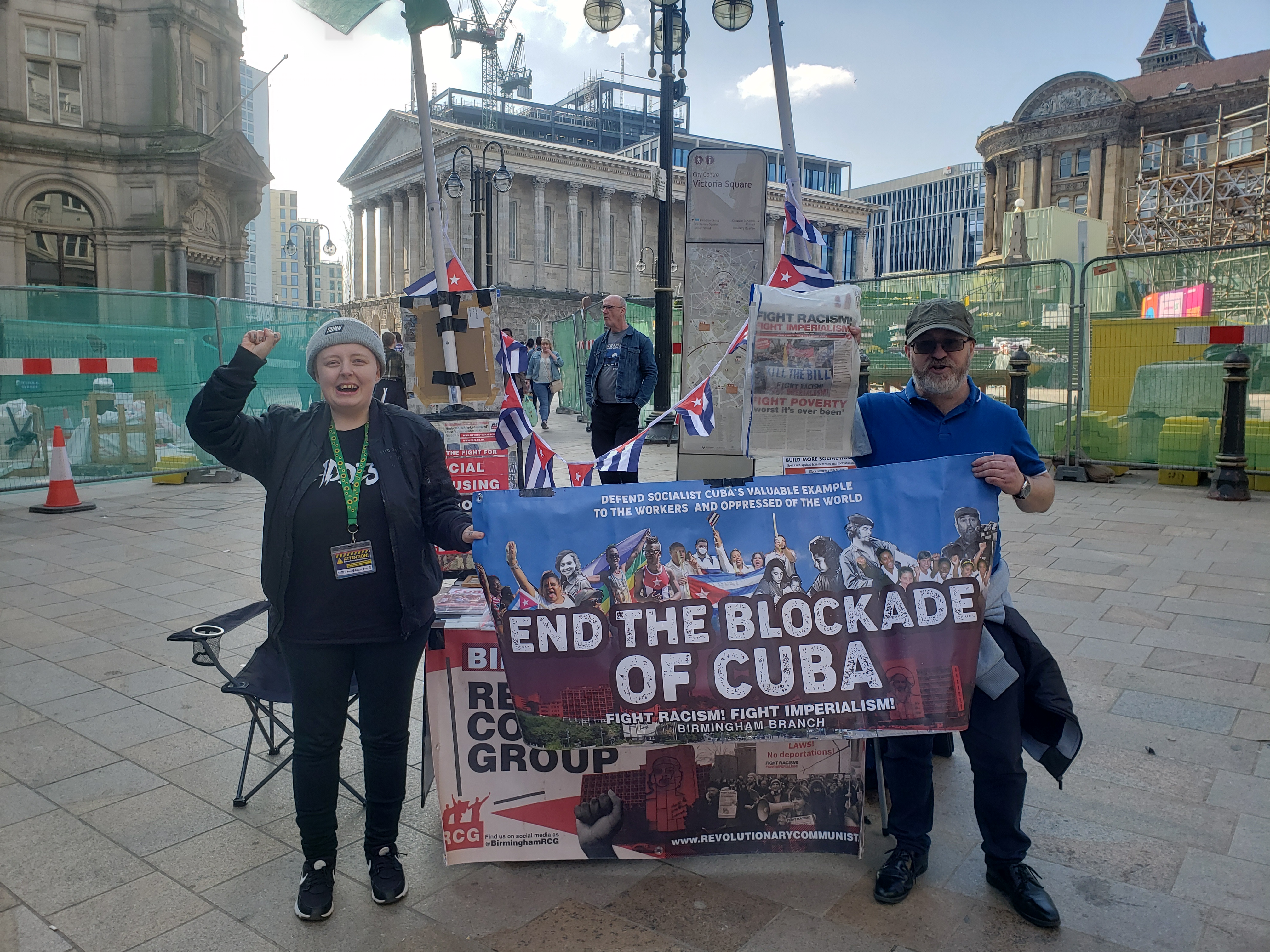