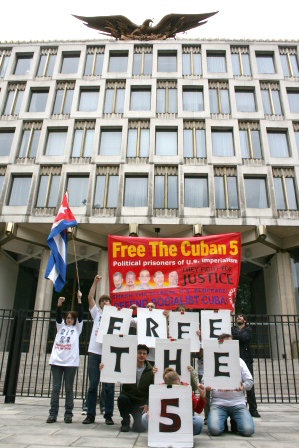 Today’s demonstration was part of an international day of action to support the five men and to demand that they be freed immediately.

The protesters then marched to the Oxford Street branch of Lloyds TSB to protest against the bank’s ongoing enforcement of the US’s trade blockade of Cuba. Last year Lloyds prohibited customers from using their accounts to trade with Cuba, therefore adding to the US’s devastating economic stranglehold on the island. 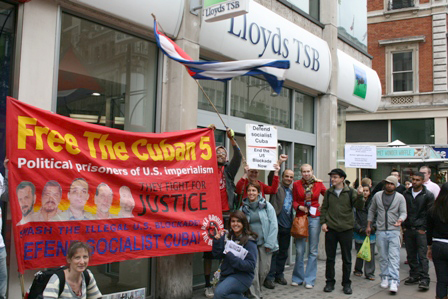