Diego Almeida gave a moving and informative history of the Ecuadorian peoples and described the problems they had been having with the corrupt leadership the country had had up until the recent election of Rafael Correa. Jeremy Dear spoke of the serious situation in Colombia, where 1,000s of people are ‘disappeared’, simply for being in trade unions or for taking a stand against the brutality of the government. He talked about the fact that the media is always criticising Cuba with this idea that Cubans have no right or capacity in which to express themselves, but asked us, how many Cubans have been ‘disappeared’ in revolutionary Cuba? The answer is none – compared to 3,000 in Colombia over the last few years, while the media demonises Cuba and holds Colombia up as a beacon of democracy in the region.

Helen Yaffe, author of the soon-to-be released Che Guevara: The Economics of Revolution, gave an energetic speech dispelling many of the myths about Cuba which are regularly propagated by the media and put the recent changes in context of the political and economic situation in Cuba. Hannah Caller spoke about the incredible achievements of Cuba in the field of health and education, and that their quest for universal healthcare includes the internationalist role of Cuban medical teams abroad. Despite the hardship and isolation of the Special Period, not one hospital or school was closed.

One thing was clear to every person by the end of the day, the struggle of the Cuban people is to be celebrated and held up as an aspiration for humanity. Appeals were made throughout the day that it is the responsibility of each and every one of us to become active. The choice for humanity is socialism or barbarism.

The day was rounded off with a beautiful performance by Cuban classical guitarist Ahmed Dickinson. 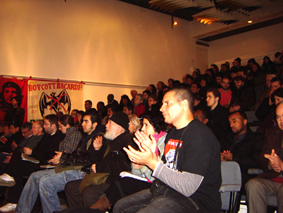 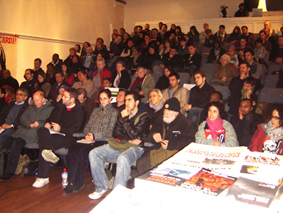 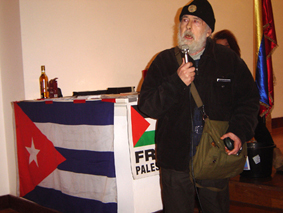 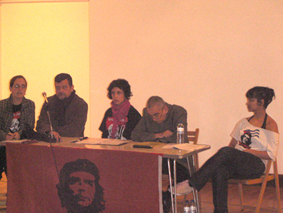 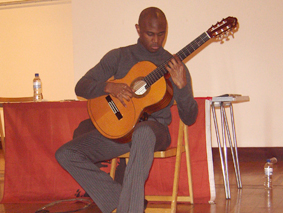 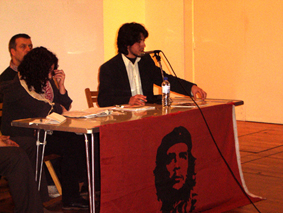 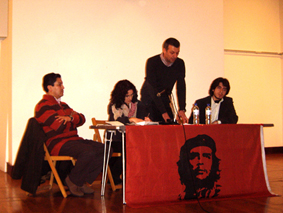 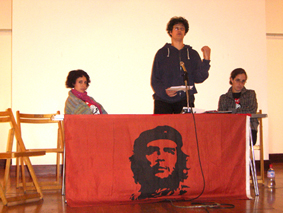