Rebel island, rebel nights…Fundraising for the Cuban revolution in Scotland 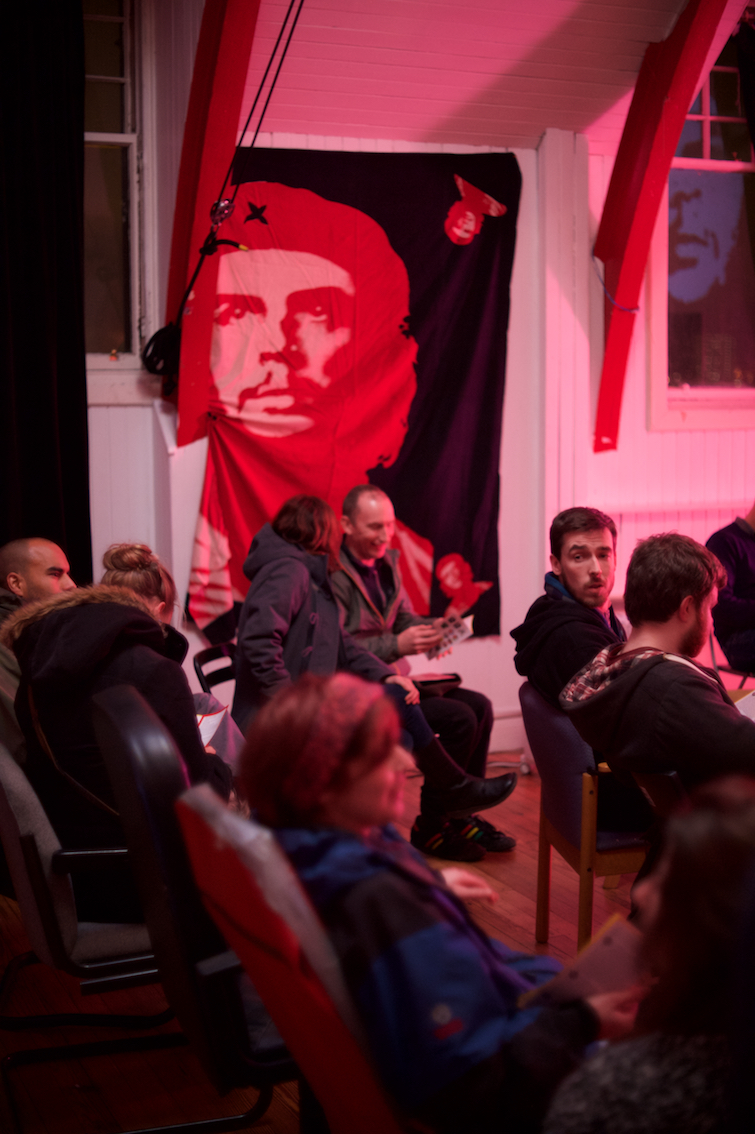 Scottish members of Rock Around the Blockade (RATB) and Fight Racism! Fight Imperialism! (FRFI) have been bringing the inspiring message of the Cuban Revolution to Glasgow and Dundee with a series of fundraising events. In a year which has seen the release of the Cuban 5, Cuban doctors leading the global fight against Ebola and new victories in the fight against the US blockade, the message is clear...socialism is fighting fit and here to stay!

Raising funds for this year’s RATB solidarity brigade to Cuba, which will be bringing boxing gloves and ballet shoes to the island, over 60 people gathered in Glasgow on 28 January to celebrate the cultural achievements of the revolution. The Rebel Cinema event presented a screening of the first two parts of the legendary 1964 Soviet-Cuban film Soy Cuba (I am Cuba), a snapshot of a country on the edge of rebellion, where parasitic wealth existed side by side with grinding poverty, dominated by US interests.

Linking the struggles of the Cuban people with our own fight against austerity, RATB member Scott pointed out that even in the most difficult economic times in Cuba since the revolution, not one hospital, school or daycare centre was closed down by the revolutionary government. Contrast this to Britain, where the working class is being made to bear the brunt of the capitalist crisis. The night finished with some great contributions on the open mic (after a sip of Havana Club for the audience) and a DJ set of Afrobeat from Afrodeesia. For many at the night, it was the first time they had heard the message of the Cuban revolution – but it won’t be the last! Nearly £100 was raised alongside popular support for the next Rebel Cinema night on 18 February.

In Dundee, an audience gathered on 24 January to discuss the outstanding achievements of Cuba’s socialist healthcare system, seen from the perspective of Michael Moore’s documentary Sicko, a damning indictment of the US’s private healthcare system. The contrast is made clear in the film’s finale, where firefighters and paramedics who survived 9/11 are taken to Cuba to receive free medical care after being abandoned in the US. As the Cuban revolution has always made clear, it has never been an enemy of the American people, only the brutal policies of US imperialism. Over £100 was raised for the brigade through a raffle including a bottle of Havana Club…the rebel alternative to Bacardi!

RATB’s solidarity brigades to Cuba are a unique way to raise not only solidarity with the revolution and its people, but also to advance our own struggles at home. As working class communities are hammered by service cuts, unemployment and sanctions, Cuba shows that another alternative exist...one with the people in power. Join us in building solidarity! Viva Cuba!

Another night of rebel cinema, open mic and music.

Street stall: No to austerity! Yes to the Cuban revolution!

Stall raising money and consciousness on the streets of Glasgow.