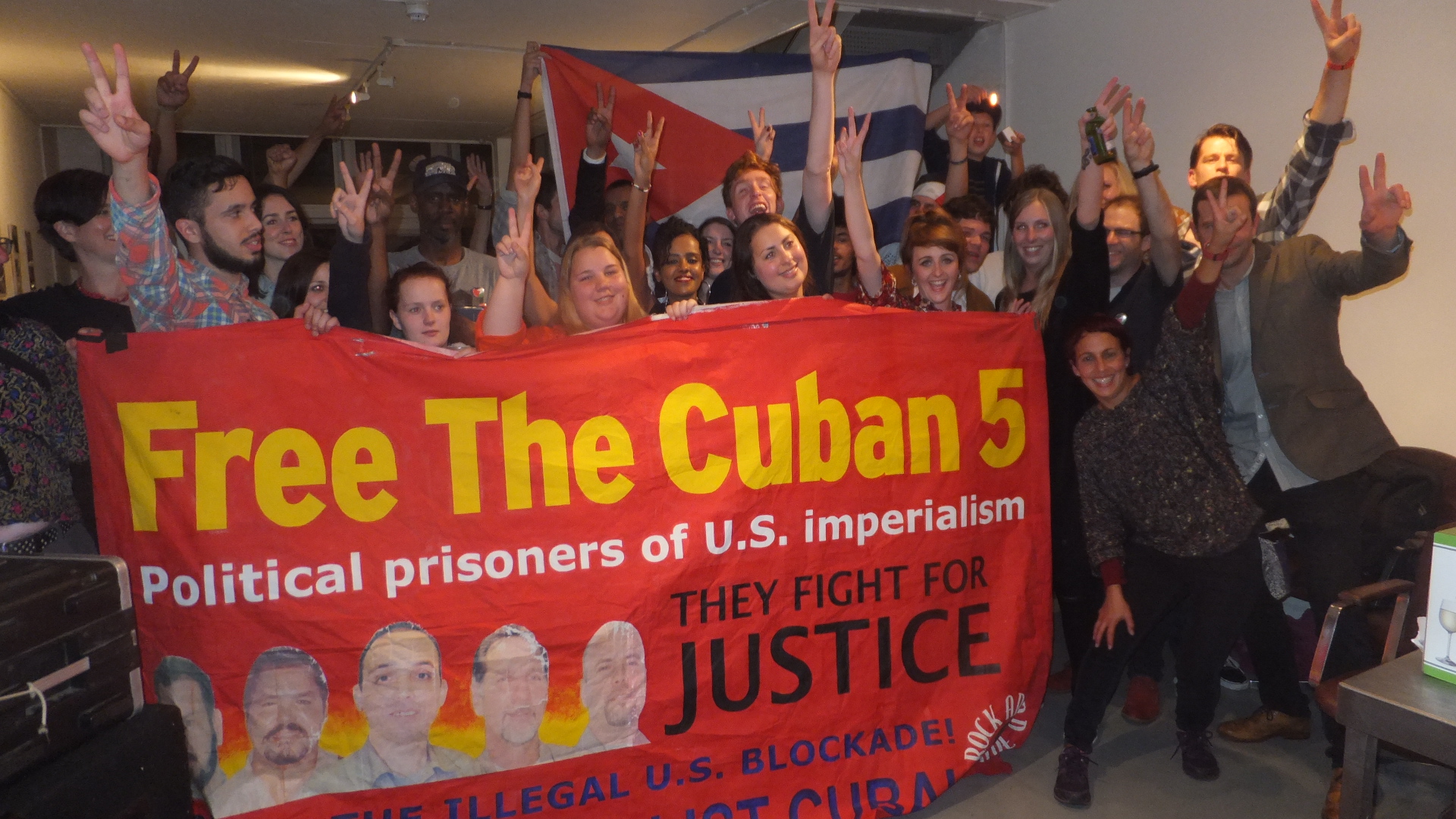 In October 2009, as a result of repeated challenges in the US courts, combined with political pressure from campaigners, the Miami Federal District Court replaced the life sentence plus 10 years for Antonio Guerrero with a sentence of 21 years and ten months. The same court later replaced Ramón Labañino’s life plus 18 years with 30 years and Fernando González had his 19 years replaced with 17 years.

After years of international campaigning, led by Cuba, Rene González was released on 7 October 2011, forced to remain in the US for a further 18 months but since May 2013 has been in Cuba, finally free. Fernando González was also freed in February 2014, returning to Cuba after completing his sentence.

The cruel and unusual punishment of the Cuban 5 is part of a political war aiming to destroy the socialist Revolution in Cuba. Since 1959 Cuba has withstood invasion attempts, sabotage terrorist attacks and an economic blockade from the US which has cost the country an estimated $975bn dollars in the last 50 years.  With legal avenues nearly exhausted, the international campaign for the Cuban 5 is more important than ever. Rock around the Blockade (RATB) is part of a global network of committees and solidarity groups in 152 countries calling for justice for the Cuban 5. Gerardo Hernandez refers to this international solidarity as a ‘jury of millions’.