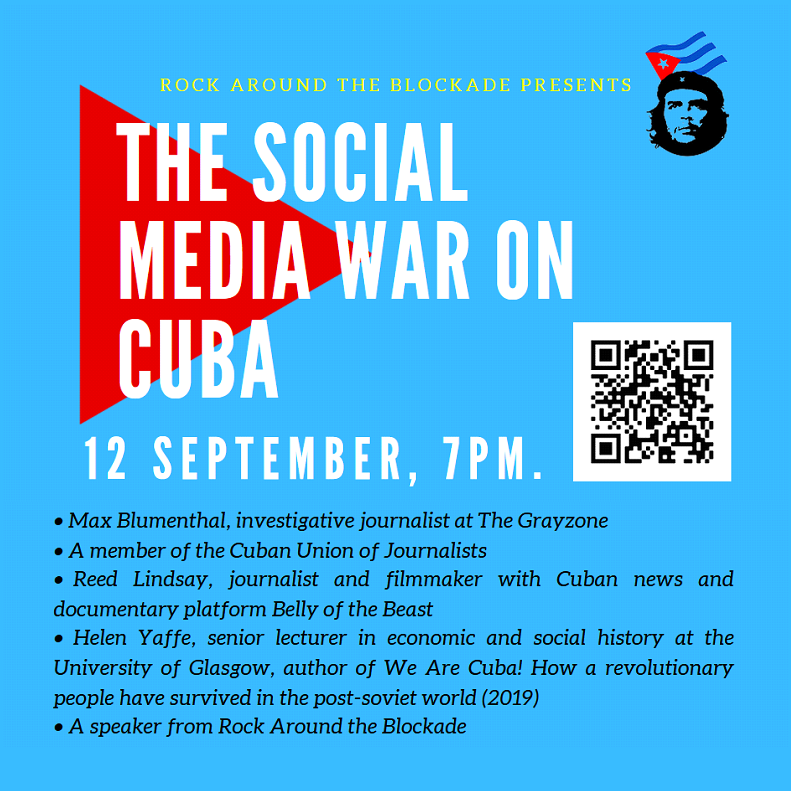 On 11 July 2021 were first violent protests in Cuba since the 'Maleconazo' of 1994, which occurred in the depths of an economic crisis following the collapse of the Soviet bloc.

The 2021 protests occurred in the context of shortages of basic goods resulting from the pandemic, the tightening of the US's 60-year blockade of Cuba by the Trump administration and Biden's refusal to reverse these new sanctions. In the midst of the pandemic, the US has escalated its struggle to destroy socialist Cuba. But, a new weapon has changed the dynamics of this war: social media.

For more than two decades, US sanctions prevented Cuba from accessing over 30 optic fibre cables in the region. Nonetheless, by 2018 Cuba had delivered internet access via Wifi hotspots and phone data. the US has swiftly taken advantage of this by encouraging the coordination of anti-Cuban propaganda against Cuba's socialist system through US-based social media networks like Facebook and Twitter. Spanish analyst Julián Macías Tovar has demonstrated how, for example, thousands of fake social media accounts were utilised to spread the SOSCuba hashtag during the anti-government protests, to create the impression of a widespread uprising. Fake photos and videos were circulated via social media. The Cuban state has long recognised and warned of the programmes of social media-based propaganda being sponsored by US agencies such as USAID and the National Endowment for Democracy. Millions of dollars of prizes and grants are offered to artists, intellectuals and social media influencers willing to spread anti-communist messages. Those who refuse to do so are blocked and censored.

The Cuba Money Project shows how $2 million of grants were advertised by USAID just ten days before the protests, made available for 'democracy promotion projects', a green light for regime change. Pro-Trump, anti-communist Cuban rappers and musicians have been promoted by the US state department in an attempt to popularise anti-communism amongst Cuba's youth.

Join Rock Around the Blockade to discuss these questions and more.