Social Care in Cuba: ‘For all this, we have to be thankful for socialism and our revolution’ 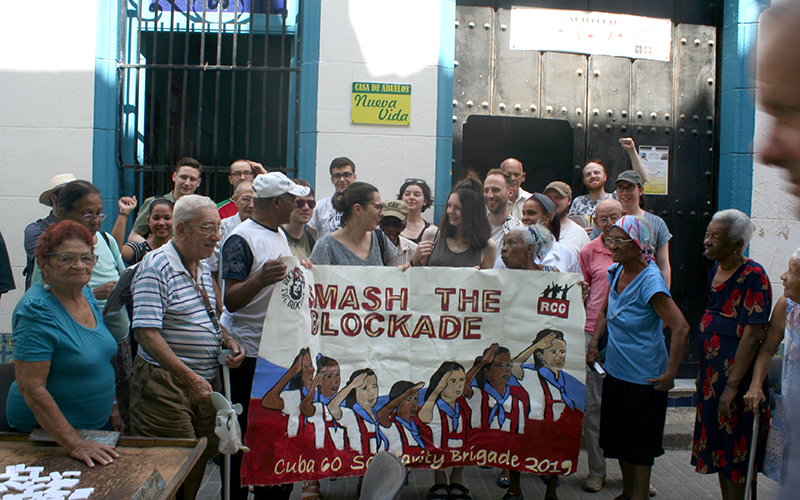 Britain today has some of the highest quality social care available anywhere in the world: homes run by Berkeley Care Group include a chauffeur-driven Mercedes for days out, well-equipped gyms and all-day bistro bars. Berkeley, however, caters fort less than 200 people and charges between £1,300 and £1,800 per week. The opulence of Berkeley and luxury providers like it is sharply limited to those who can afford to pay. Meanwhile, Age UK’s most recent figures estimate that in Britain, 1.4 million older people have an unmet care need. This is up 20% in the last two years, and more than 54,000 people have died in those two years waiting for a care package. And what crime have these people committed to be condemned to such a fate? Simply not being able to afford to pay in a care system where, ultimately, despite the guiding role of the state in the sector, profit reigns. Such pronounced inequality in social care could not stand in more stark contrast to the system of social care provision in socialist Cuba, to which RATB sent its fourteenth solidarity brigade in April.

Cuba’s system of social care embraces multiple levels of provision. It works by promoting social inclusion alongside medical care, social activities, and care assistance both in and outside the home. It is based in a holistic understanding of health as not a question simply of disease and medical pathology, but also of environmental factors, prevention, diet, exercise, productive work, and importantly social contact. ‘Health is health’; not simply an absence of disease. On our visit to the Nueva Vida (New Life) elderly persons’ day centre, which is part of a national programme called the Integral Programme for Attention for Older people, we were told about some of the major elements of provision in system, including:

One woman we spoke to at Nueva Vida said:

I am grateful to the revolution that us poor people could progress, because all this costs not a single cent. Education is free. Healthcare is free. The people who can’t afford to buy medicines, get help through social welfare to get them for free. So, for all this, we have to be thankful for socialism and our revolution.

All this in a country which until just 60 years ago was a systematically underdeveloped neo-colony of the United States, and which has made these startling achievements in the face of an economic blockade by the world’s most powerful imperialist nation which has cost them $1trn so far.

One of the particularly astonishing elements of Cuba’s system of provision for older people, and one which shows the respect which Cuban socialism affords its elders as part of society and community, is the system of university education for older people. At Nueva Vida we met Miriam Marañon, who attends Nueva Vida and is also teacher and the Vice-President of the Department of the Elderly at Havana University. This programme of university education offered to older people started in Havana on 14 February 2000 with just 22 elderly people, but it has since massively expanded and now more than 18,000 elderly people have graduated in Havana alone. Any older person can participate. Students take a basic course on ageing to prepare them for their older years, and they also take the grandparents’ course. They can then choose any subject, such as history, the environment, crafts, cooking courses and so on. If there is an interest in something and the university does not offer a course, the programme will try to create one. The programme functions beyond Havana, including in the countryside.

The best word to describe how imperialist Britain, the world’s fifth richest country, treats its older people is ‘contempt.’ Almost a quarter of local authorities in England still commission fifteen-minute house visits for elderly people, despite official guidance accompanying the 2014 Care Act that the practice was to stop. These visits may be all the care that someone receives and they are barely enough to make a cup of tea, let alone attend to someone’s personal hygiene in a way that treats them with dignity. Capital sees older working class people as nothing but a drain on potential profits: they cannot sell their ability to work for a wage and produce profits for capital, and so capital has no interest in providing care for them.

Cuba demonstrates that it does not have to be this way. The Cuban Revolution views older people as citizens, human beings with dignity and a contribution to make to society. During the Special Period, when Cuba was plunged into an economic crisis after losing 80% of its trade almost over night when the USSR dissolved, Cuba’s expenditure on social provision increased, meaning that life expectancies continued to rise. In July 2019, in the face of a brutal tightening of the genocidal US blockade with the activation since May of Title III of the Helms Burton act, President Miguel Diaz-Canel announced an all-round increase in pensions. No older Cuban will be left to die without access to care because of a lack of funds; something than cannot be said for imperialist Britain. 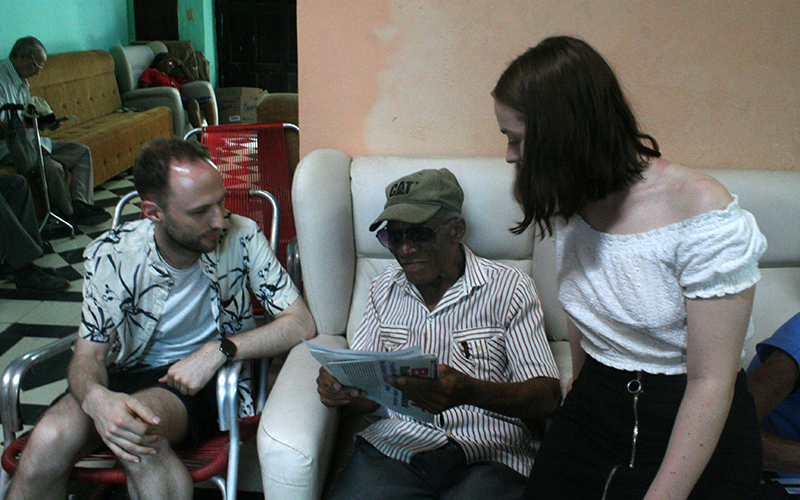 The way that Cuba treats its older people is perhaps shown best by the dignity and pride with which the older generation, the generation of Fidel Castro and Che Guevara, carry themselves, knowing that they are a valued and integral part of their revolutionary society. Maria Marañon told us ‘I am still a revolutionary – I am in my eighties and next month I am going to a big demonstration outside Guantanamo prison!’