In April 2015 Rock Around The Blockade will be sending a delegation of activists to Cuba to support the country that has been blockaded for more than half a century.

Since the revolution in 1959, the Cuban government has committed itself to levelling the social structure of the country. In addition to delivering free, world class education and healthcare to every single Cuban, the government has also invested heavily in the arts to ensure that culture is available to all, and is not a bourgeois pastime. Recently this involved investing $200,000 to a financially struggling ballet school to transform it into the world renowned Ballet Nacional de Cuba.

However, as a result of the US blockade, these state-funded art and leisure institutions have been faced with shortages of much-needed materials including dance and sports equipment.

And despite the promises of the Obama government in recent months the blockade remains in place, to the detriment of the lives of 11 million Cubans.

That’s why, on the 20th April, a group of 16 activists will be travelling to Cuba to deliver material aid in the form of ballet shoes and boxing gloves.

The brigade will also critique and learn from a country that in the depth of a world crisis continues to be committed to delivering free education, healthcare, culture and sport as a constitutional right for every citizen.

The research we undertake will be presented back in Britain at a series of events as we use the lessons learned in a socialist system are relevant to the working class in Britain, which is currently being brutalised at the hands of an ideologically-driven government that is dismantling and privatising the public sector and welfare state at every opportunity. Cuba has shown time and time again since 1959 that there is an alternative.

So please give any money you can by clicking on this link and donating: www.gofundme.com/cubavive. Every penny you give will be put towards helping improve the lives of as many Cubans as possible, as described in this short video https://youtu.be/4QyiDvKTSqs

If you would like more information about the trip and our Cuba-related event, please go to  www.facebook.com/ratb.cuba or we’ll also be blogging about the blockade at www.ratb.org.uk/ 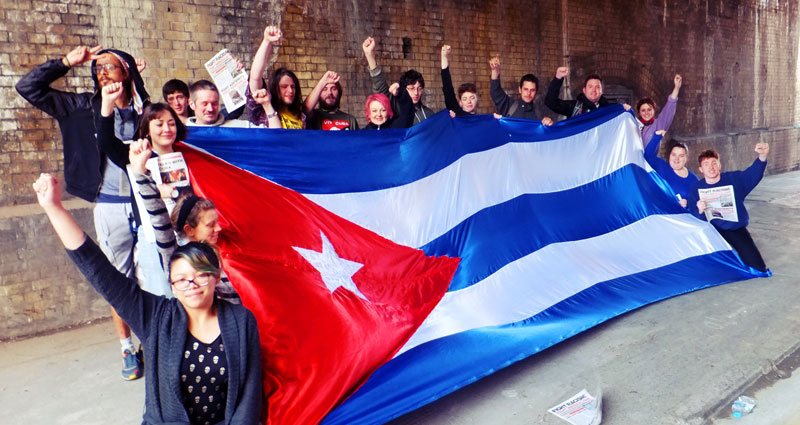